Tourists had to flee from the edge of a lagoon after a section of a glacier broke off creating large pulsating waves near the shore.

The dramatic moment was captured on the edge of the Jokulsarlon lagoon in Iceland yesterday.

Visitors can be seen walking out on the rocks towards the peaceful lagoon. 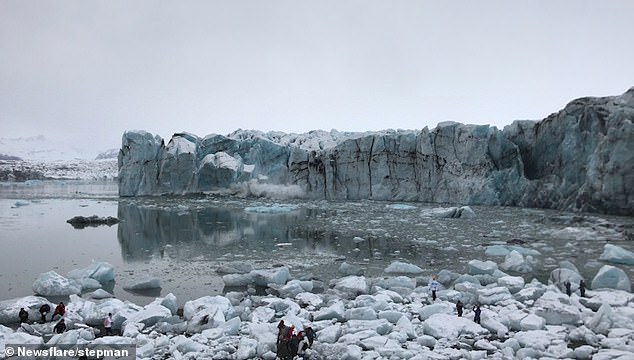 All of a sudden, the Breidamerkurjokull glacier calves into the water creating a massive wave.

The visitors flee as quickly as they can in shock as the waves head to where they are standing.

The lagoon is subsequently filled with huge, rolling waves that approach the rocks on the shore which sent watching tourists scurrying away from the incoming water.

The filmer said: ‘This area is only accessible with mountain guides and everybody shown in the video had been previously instructed to immediately leave the beach if a calving occurs. 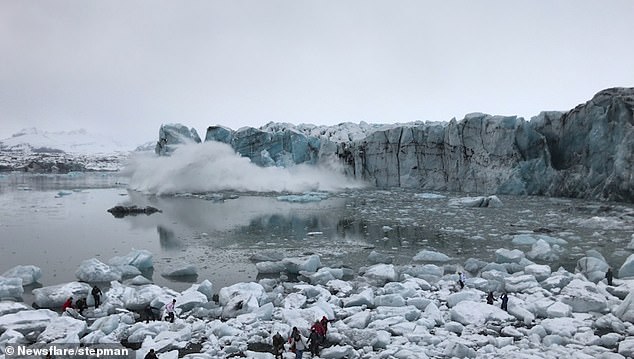 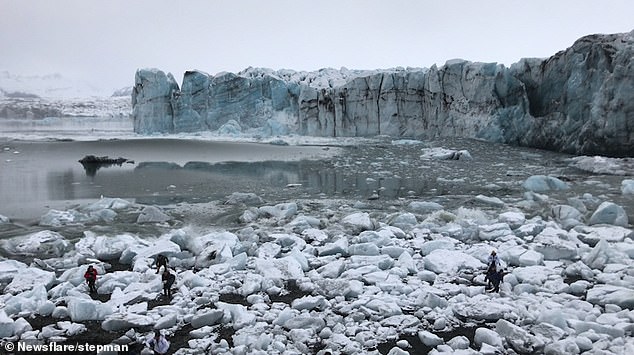 ‘Due to the sheer size and proximity it was a bit of a close call but everybody was safe and stayed dry.’

Jokulsarlon is a large glacial lake in south-east Iceland.

Its size has increased fourfold since the 1970s due to melting glaciers and it is considered one of the country’s natural beauties.