Jealous girlfriend, 38, who bit her boyfriend’s testicles weeks before stabbing him to death in front of horrified friends is found guilty of manslaughter 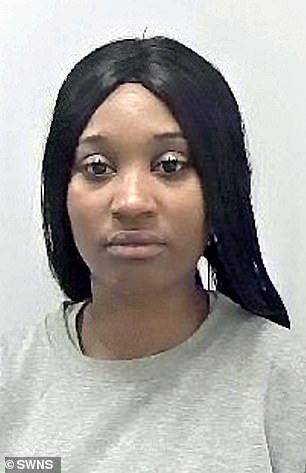 A jealous girlfriend who grinned as she stabbed her lover to death just weeks after biting his testicles has been found guilty of manslaughter.

Cordelia Farrell, 38, knifed her partner Wayne Coventry, 36, in front of horrified friends after they argued at his brother’s house.

The father-of-three – whose wounds were so severe he ‘didn’t stand a chance’ – was found dead at the property in Bromsgrove, Worcestershire, on October 14 last year.

Farrell fled the scene and sparked a major police hunt before handing herself into detectives on October 19.

Farrell was today cleared of murder but found guilty of manslaughter by a unanimous verdict following a two-week trial.

Farrell, of Birmingham, killed Mr Coventry just weeks after she bit and twisted his testicles in another brutal attack.

When she was arrested for the assault, the court heard she told police that one of them ‘would end up dead’.

Jurors heard Mr Coventry and Farrell had been in a two-and-a-half year relationship which was described as ‘toxic’ and ‘characterised by violence and jealousy’.

Dayfdd Enoch QC, prosecuting, said: ‘In front of three witnesses this defendant removed from a kitchen knife block a large kitchen knife and she turned to Wayne Coventry who turned to face her. 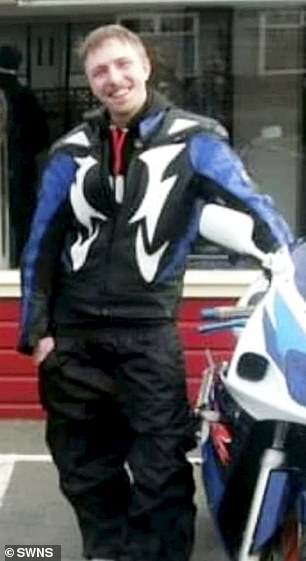 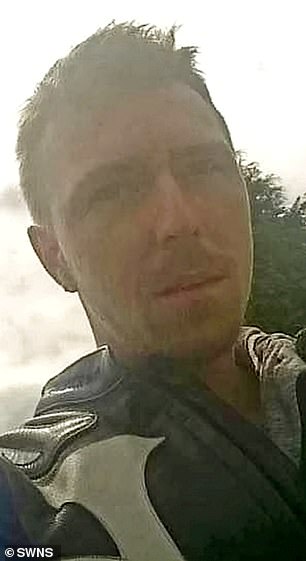 The father-of-three – whose wounds were so severe he ‘didn’t stand a chance’ – was found dead at the property in Bromsgrove, Worcestershire, on October 14 last year

‘She raised the knife up high and brought it down in a classic stabbing motion and plunged it deep into the middle of his chest.

‘It went in to a depth of 9cm (0.4 inches). It went straight into his aorta. He didn’t stand a chance. He collapsed and died within a minute or two.’

Mr Enoch said one of the witnesses, Tony Marks, said: ‘She smiled as she pulled the knife out and grinned as if she was pleased in what she had just done’.

Mr Enoch said: ‘She took her revenge or retaliation, as she herself described it, and deliberately and maliciously stabbed him.

‘It’s no coincidence that the defendant was to say to the police a month before the killing, when she was arrested for assault, that one of them would end up dead.

‘How right she was in that prophecy.’

The court heard Mr Coventry called 999 while he was in the process of being attacked by Farrell on September 11 last year.

Mr Enoch told jurors: ‘During the course of that assault Miss Farrell grabbed Mr Coventry by the testicles in both her hands and later dragged him around the flat by his testicles.

‘That of course caused him immense pain and swelling.

‘In the course of that attack she later bit his private parts.’ 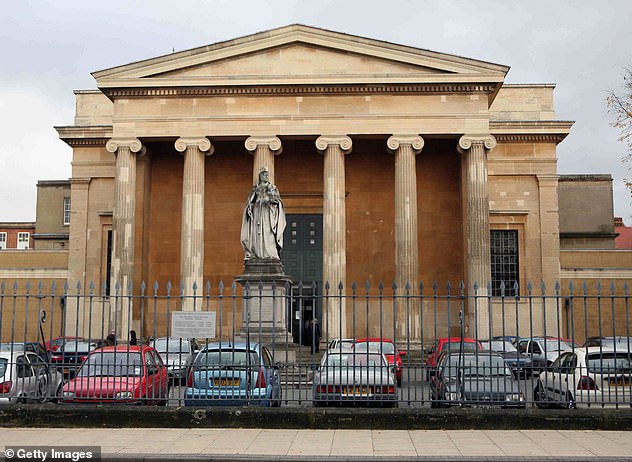 Police body-cam footage showed Mr Coventry bleeding from his face and back, and displaying the injury to his genitals to an officer.

The court heard before the initial attack Farrell had tried to ‘wind up’ Mr Coventry by watching YouTube music videos featuring her ex-boyfriend.

The court heard Farrell told officers: ‘It’s getting worse and worse and one of us is going to end up dead.’

Mr Enoch said she had previously been heard to say: ‘I’m going to kill him’.

He added: ‘If ever a murder was predictable it was this one.’

After the trial, Mr Coventry’s family said his death had left them with ‘broken hearts’.

In a statement, they added: ‘Wayne was a loving son, a father who doted on his three children, a loving brother and a loyal friend and will always be with us in our hearts and daily lives.

‘We pray that these type of heinous crimes drastically decrease and other families don’t have to go through the pain and heart ache our family and friends have had to endure.’

Farrell was remanded into custody and will be sentenced on Thursday.