Heartbroken mother claims her daughter, 16, was driven to kill herself after she was dumped by her abuser days before her 16th birthday

A teenage girl found dead the day before her 16th birthday was driven to take her own life after her abuser told her he could never see her again, her heartbroken mother has claimed.

Georgia Myers was said to be devatated when the older man she had been seeing broke up with her after getting another girl pregnant.

She was found dead near her home in Leeds the day before her birthday.

She was just 14 when her half-sister’s ex-partner – Michael Jenkins – started sexually abusing her in April 2017. The 32-year-old was twice the age of the vulnerable teenager.

He admitted to being in a relationship with Georgia at Leeds Crown Court this week, where he pleaded guilty to three counts of sexual activity with a child.

Judge Mushtaq Khokhar described it as ‘one of the most tragic cases I have come across’. 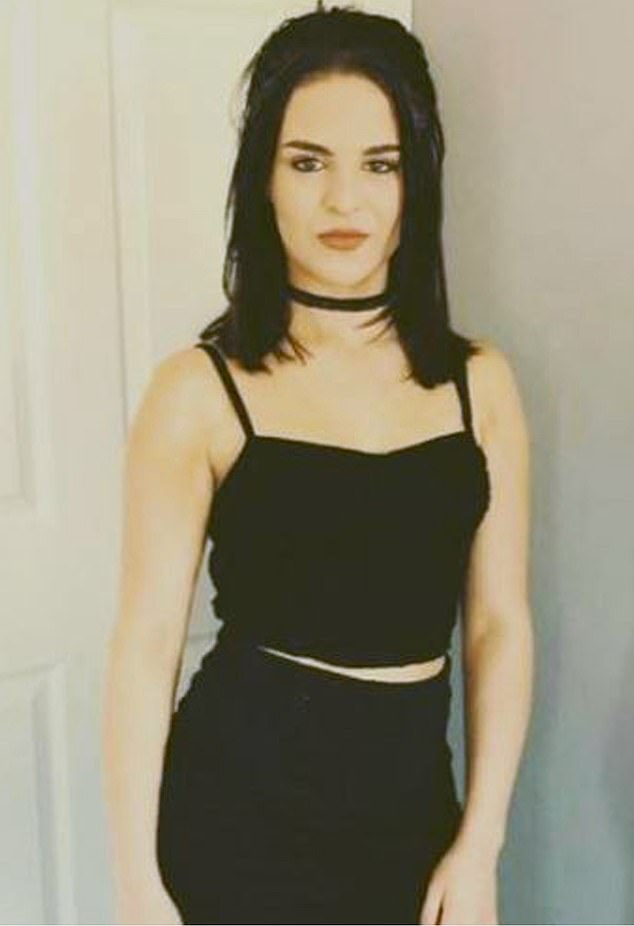 Georgia Myers was found dead near her home in Leeds the day before her 16th birthday after she was left devastated when her abuser broke up with her, her mum claims

Georgia’s mum Sarah Nolan told the court how Jenkins first met Georgia when she was nine-years-old.

She said he lived in a flat and Georgia would visit him after he and her half-sister split up in 2016.

‘We had that trust because Georgia was auntie to his kids – it was like normal family,’ she said. 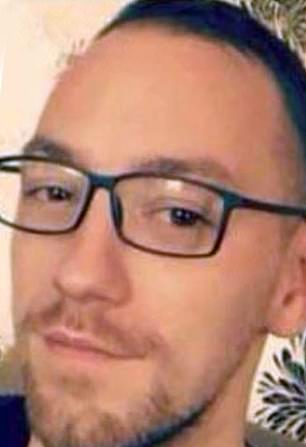 Jenkins, 32, pleaded guilty to three counts of sexual activity with a child at Leeds Crown Court

‘The trust was there and that’s what Michael used.

‘But he didn’t think of her as an adult.’

The court heard how their inappropriate relationship began in April 2017.

Miss Nolan said Georgia’s behaviour changed around this time, causing the teenager’s mood to be ‘high and low’, adding: ‘I just thought it was difficult teenage ups and downs.’

The abuse continued over the course of 10 months until Georgia asked Jenkins to tell others about their ‘relationship’. When he refused, she told her half-sister about it.

The woman, who he shares two children with, told Georgia’s mum to call police in April 2018.

Police took Georgia to the station to do a recorded interview, took some of her clothes, took her phone and took a swab from her mouth.

‘I was shocked,’ recalled Miss Nolan. ‘I didn’t know she was being sexual with anybody. I would have thought it was with someone her own age and not with someone seen as family.

‘The things Georgia was telling the police were grotesque, I felt sick. It was quite intimate details that she was saying he had done with her. It was awful – I just cried.’ 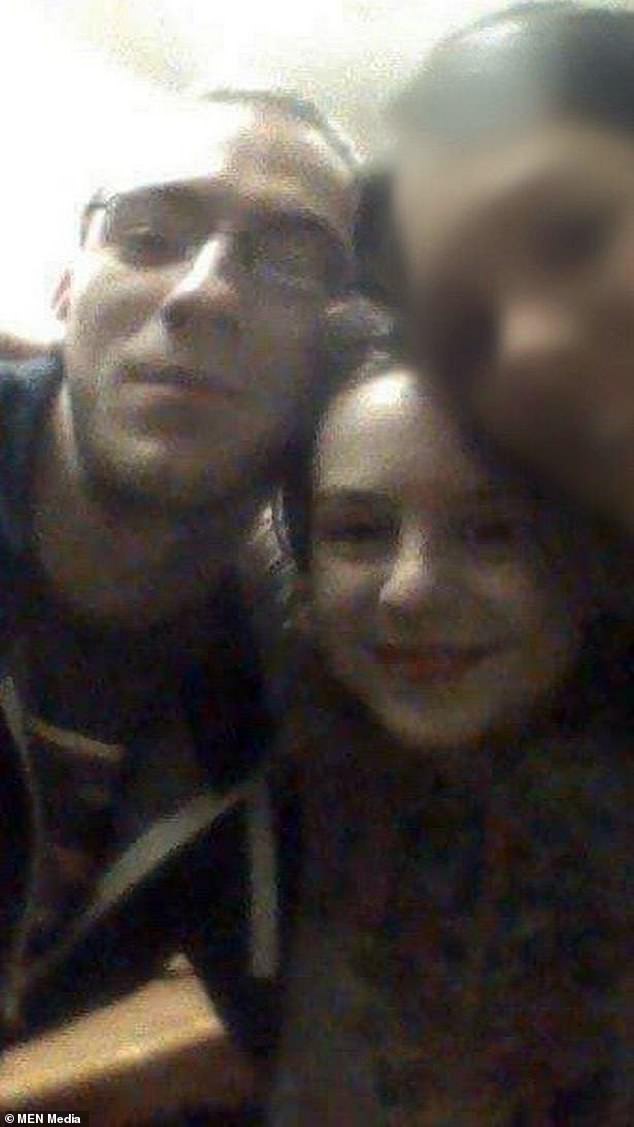 She said her daughter showed her text messages Jenkins had sent her saying he loved her and promising that they would ‘live happily ever after’ together as soon as she turned 16.

Her mum said Georgia seemed happy after he was arrested and was looking forward to getting her national insurance number and a job. Her happiness lasted for around six months.

But she said Jenkins bumped into Georgia at some point after this and they swapped their new numbers, adding: ‘She really wanted to think that what he said was true – about happily ever after.’

She said Jenkins tried to guilt trip Georgia into dropping the charges, even though he knew it was her mum who had contacted police.

Three days before her 16th birthday, Jenkins rang the teenager to let her know he had got another young woman pregnant.

She apologised to her mum for not telling her that they had swapped their new numbers and met up, saying she was afraid her mum would report him to police again.

The day before her birthday in August 2018, Jenkins called Georgia and told her that the police had visited him that morning and told him that he still could not legally meet her when she turned 16.

Miss Nolan said: ‘She was expecting him to be in contact. He rang her and said, ‘The police are with me now and say I can’t talk to you again’.

‘She believed that and he ended the phone call. She tried to ring him back but he didn’t answer. She ran off and tried calling him again.’ 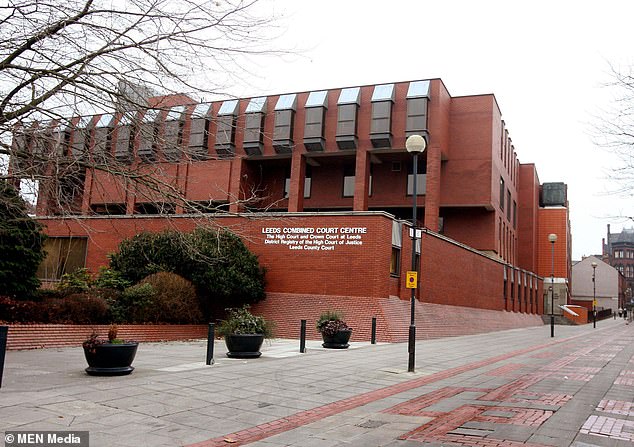 Georgia left the house and went to the grounds of the Leeds Corinthians Rugby Union Football Club in Middleton where she took her own life.

Speaking about when a police officer broke the tragic news to her at her front door, Georgia’s mum Sarah Nolan said: ‘I was stunned. I couldn’t believe what he was telling me.

‘My response to him was, ‘No, no, no’. That night I had to go with police to identify her in the Leeds General Infirmary. She was just laid there.

‘To know she was dead, just didn’t make sense. It still doesn’t sink in that she’s gone for real.’

She said: ‘It messed up her mind that much and she couldn’t take it.’

Miss Nolan, who has five younger children, said Georgia’s siblings were ‘devastated’ by the loss of their older sister and are ‘lost’ without her.

The 38-year-old said: ‘I feel sad for us as a family – we don’t get her for Christmases and birthdays – but she has lost her life. I feel so, so sad for Georgia.

‘Whatever [sentence] he gets will never be enough. It’s devastating, it really is. It’s heartbreaking every day.’

She added: ‘She died for nothing and that’s exactly what he is – nothing. I have lost someone so young and beautiful with her whole life ahead of her. Her whole life was taken away from her for nothing.’

On Monday Jenkins, 32, pleaded guilty to three counts of sexual activity with a child. The charges relate to sex between April 1, 2017 and February 28, 2018.

Jenkins, of Belle Isle, Leeds, has been remanded in custody and is due to be sentenced on December 18.

For confidential support call the Samaritans in the UK on 08457 90 90 90, visit a local Samaritans branch or click here for details.