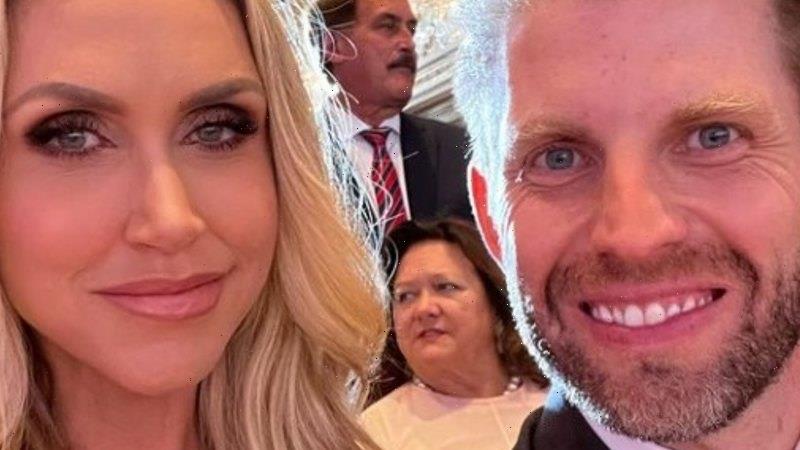 Rinehart, who has yet to publicly state she was at the event, was a cameo in a selfie posted by Eric Trump with his wife Lara.

In the photo, Rinehart can be seen in the background seated closely behind Eric Trump, wearing a pearl necklace and looking away from the camera, presumably unaware the photo was being taken.

Leonardo Puglisi, founder of 6 News Australia, was first to notice Rinehart in the background of Eric Trump’s photo.

Rinehart, who topped the Financial Review rich list for a third consecutive year in 2022, with a personal net worth of $34.02 billion, has been supportive of Trump in the past, and welcomed his “exciting” presidency in 2016.

In her past praise, she pointed to Trump’s then plans for America’s economy and called for similar policies – including lower business taxes – to be implemented in Australia.

She also met key members of Trump’s inner circle including Rudy Giuliani and Kellyanne Conway in Washington before he was elected in 2016, and criticised the American media’s “constant and unrelenting negative coverage” of Trump.