Getting high on life: Reveller smokes a hookah while riding a flyboard

This is the hilarious moment a man on a flyboard smokes a hookah pipe while gyrating in mid air.

The 32-second video shows the man, who is wearing mirrored-sunglasses, beach shorts, t-shirt and a baseball cap, spinning around.

He is also carrying a hookah pipe and continues to smoke it despite being six feet up in the air, at the unidentified seaside resort in Greece. 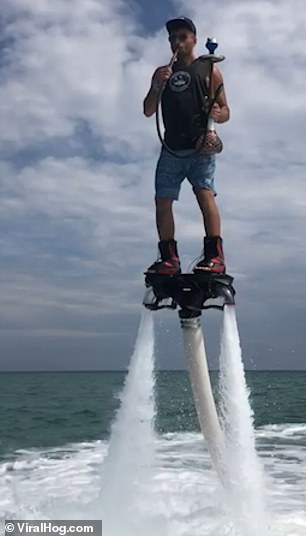 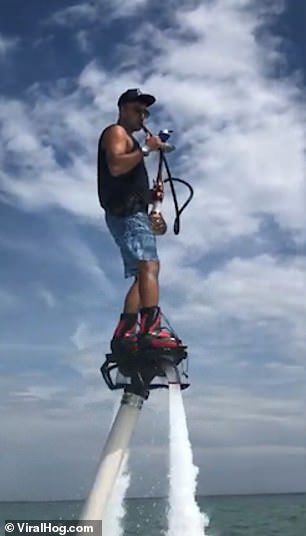 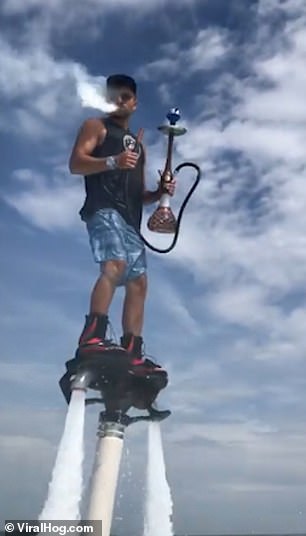 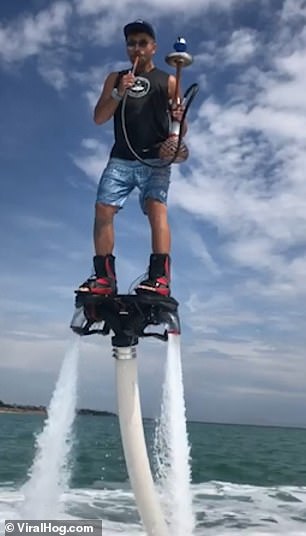 The man is standing on the device which is powered by high pressure water forced out of two nozzles.

After performing a few tricks, the man gives his video followers a ‘thumbs up’.