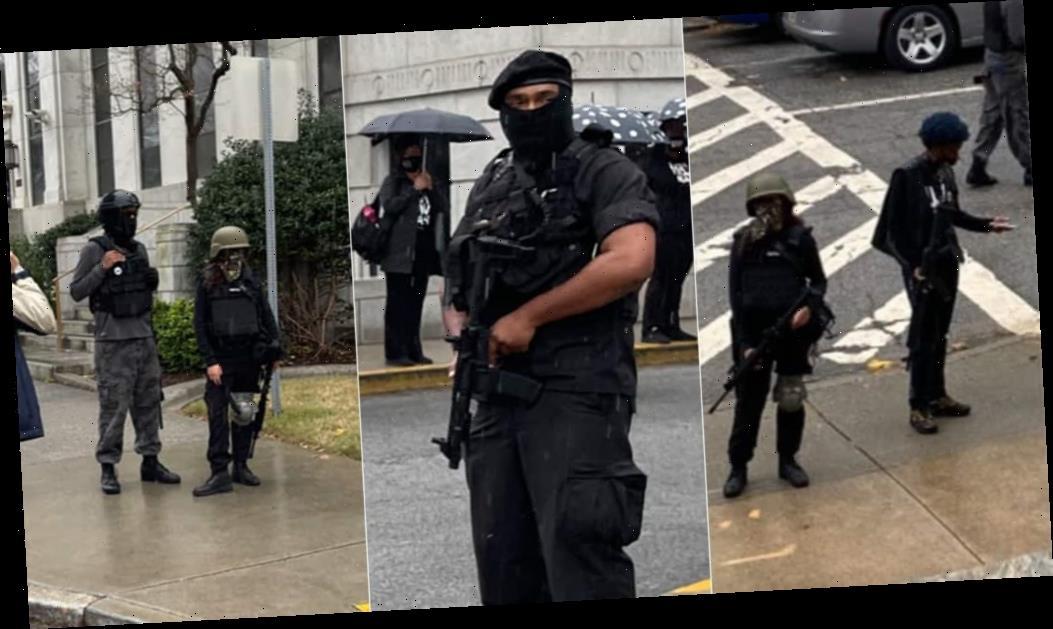 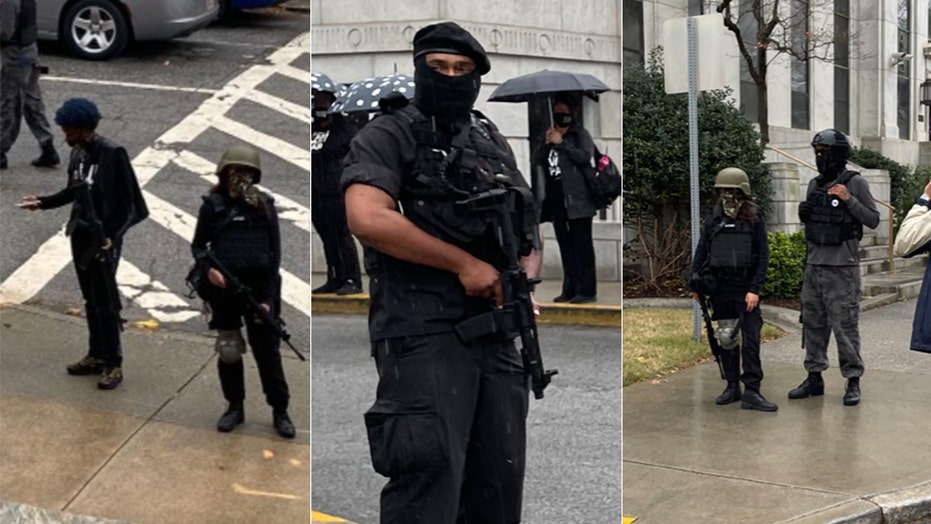 Georgia Republicans rallying for election integrity in Atlanta Wednesday were met by armed left-wing militia members, according to the state party chairman.

A statement posted to Facebook included images of masked, armed men and women, some of them wearing tactical vests and helmets. 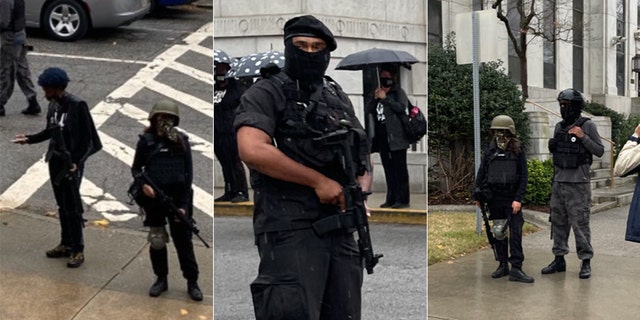 “We were greeted by armed gunmen in tactical gear carrying AK47s and AR15s,” Shafer said. “They were not state troopers or National Guardsmen protecting the Capitol. They were privately organized, leftist militia, wearing masks and dressed in all black.”

State police confirmed that there were armed demonstrators at the Capitol but reported no criminal activity or arrests.

“The armed persons at the Capitol were expressing their constitutional right to bear arms and were not causing any trouble,” the Georgia Department of Public Safety told Fox News in a statement.

The rally came as several GOP groups announced they were intervening in a Democratic-led push to squash a new election integrity law in the Peach State.

The groups called the Democrats’ lawsuit over Georgia Senate Bill 202 a “public relations stunt” and the challenge to Iowa SF 413 “baseless.”

The Georgia election reform bill expands the number of early voting days, allows the observation of ballot counting, prohibits ballot harvesting and continues to allow voters to cast absentee ballots without an excuse, but requires proof of identification, among other measures.

Critics have described it as racist and a source of voter suppression and some have called for boycotts of the state.

But Gov. Brian Kemp wrote in a Fox News op-ed Wednesday that Democrats have falsely characterized the bill he signed.

“These reforms have nothing to do with ‘voter suppression’ or ‘Jim Crow’,” he argued. “The Election Integrity Act makes it easy to vote by expanding access to the polls and harder to cheat by ensuring the security of the ballot box.”