A COVID-denier mom who claim masks are ‘child abuse’ threw a 250-person homecoming party for her teenage daughter and her classmates because she didn’t want them to miss out on the experience just because of COVID.

Beth Knight told The Daily Beast that she and other parents decided to take matters into their own hands after their kids’ school, Ola High School, canceled the homecoming dance in McDonough, Georgia.

They rented a venue, hired a DJ and sold tickets to pay for the cost. Three hundred kids were invited and 250 turned up, she said.

The event was nine days ago and Knight insists that none of the kids have since shown any symptoms of illness. 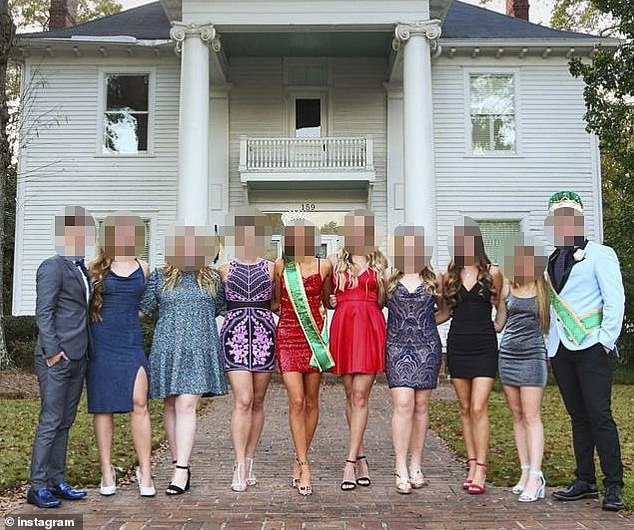 The kids attended the party, organized by mom Beth Knight, despite the school warning them not to have an event. They are shown in photos they shared on social media before the party 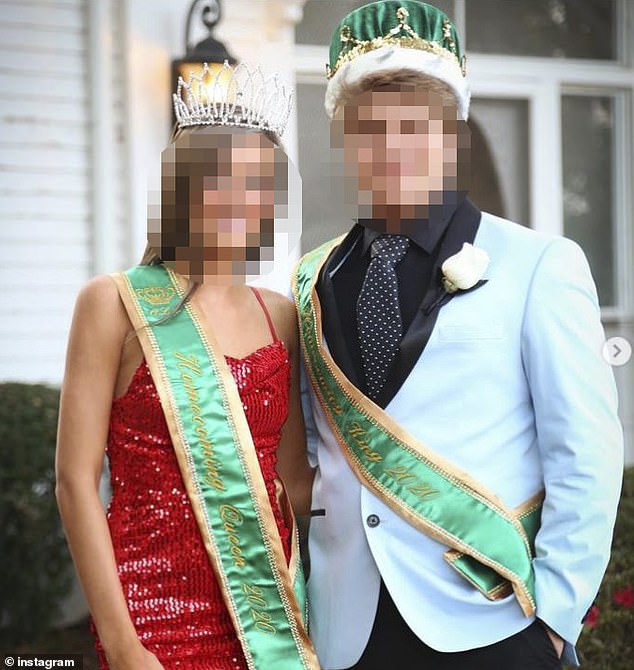 The homecoming king and queen posing in their crowns before the event. The ‘king’ said he ‘didn’t go to the dance’ on social media – some kids’ parents stopped them and some football players avoided it so as not to get sick

‘It’s my daughter’s senior year, so I hosted a dance. It was terrific.

‘We sold over 300 tickets, but only about 250 kids actually showed up because they were warned by teachers and coaches that they should not attend because of the virus.

‘The kids who came had fun,’ she said.

She believes that the pandemic is a scam driven by liberals who wanted to stop people from turning out to vote for Trump in the election so they would be able to commit mail-in voter fraud.

Despite claims from Trump’s campaign that mail-in voter fraud was rife, they have not yet presented solid evidence of it yet.

‘It seems the liberals and the Democrats want to keep the virus agenda front and center.

‘The conservatives, on the other hand, are ready to embrace freedom again.

‘This whole virus plandemic scamdemic has totally ruined 2020. The media [is] paralyzing people with fear so they will do mail-in ballots to rig an election.

‘They succeeded in election fraud. The election is over. People need to stop bowing down to the virus. 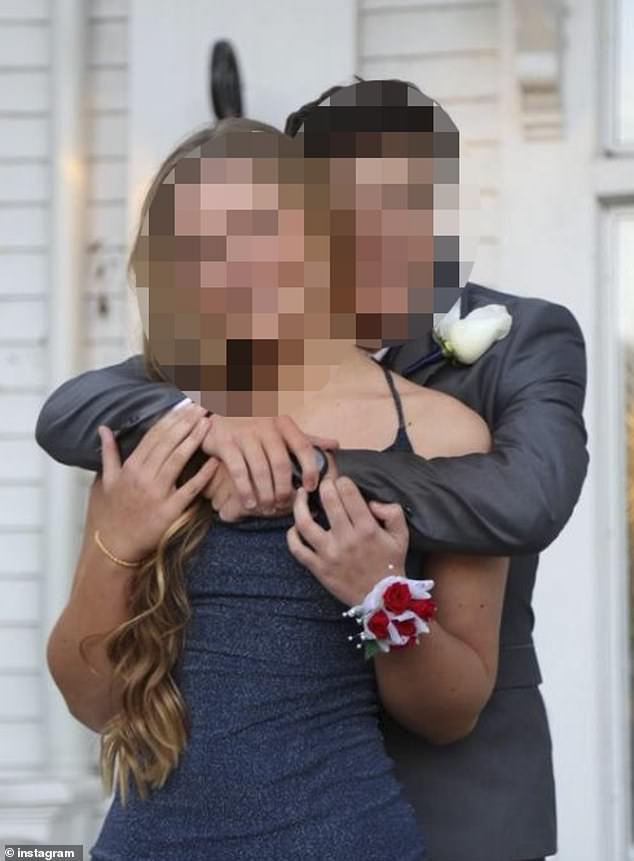 Another two of the kids who bought tickets for the party. The mom sold 300 tickets and 250 kids attended, she said 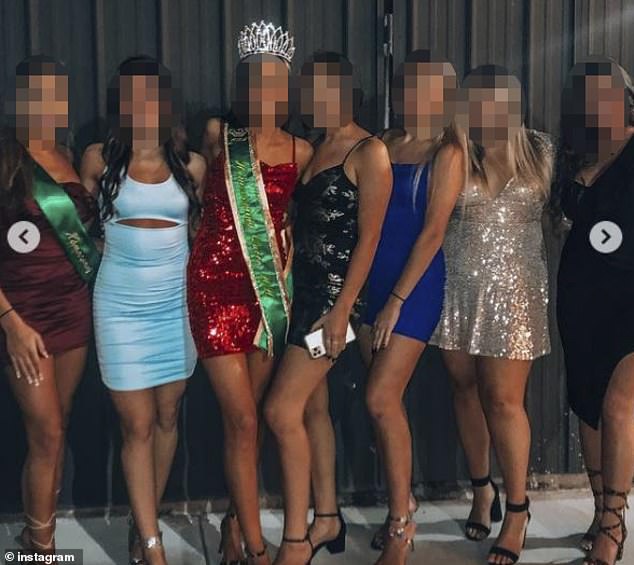 The party itself was held in an undisclosed venue which was rented for the night. There was also a DJ

‘Forcing people to wear masks is a crime. The dance was nine days ago. I have not heard of anyone testing positive who attended the dance.

‘Kids need to have some normalcy to help with anxiety and depression. Don’t you agree?’ she said.

The school insisted to The Daily Beast that it had nothing to do with the dance party.

‘This was a private party and in no way sanctioned/sponsored by the school or the school district. 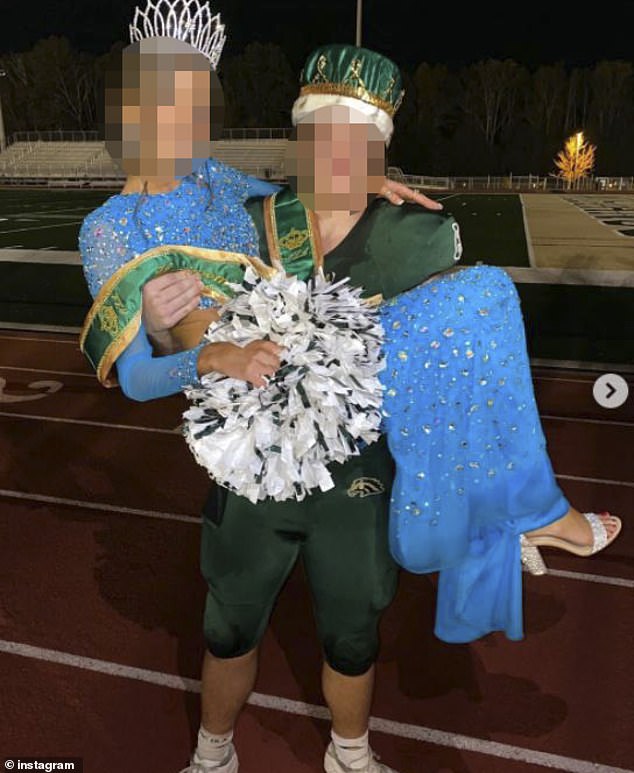 The school did seem to have sanctioned an on-campus event where the kids posed for photos, mask free, on the football field and running track 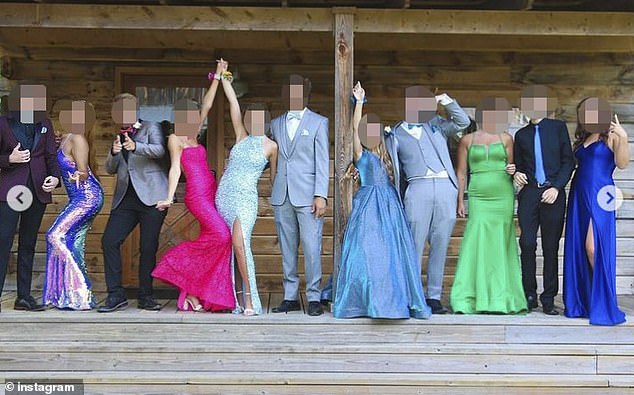 The same group of teens in June at a ‘prom’. It’s unclear whether the school arranged that or if it was another private event

‘Henry County Schools continues to adhere to the guidelines and protocols set forth by the CDC, Department of Public Health, and local medical professionals.

‘We continue to remind everyone in our community the important role they play in mitigating any spread of COVID-19 by wearing a mask, washing hands, and watching the distance between individuals.’

It however did not immediately respond to DailyMail.com’s inquiries on Tuesday morning about the other homecoming events it had arranged, where students posed without masks on the football field, and took part in a ‘homecoming parade’.

Georgia does not have a COVID-19 mask mandate and schools are exempt from the ban on gatherings.

School districts and individual counties are also being largely put in charge of how they enforce social distancing rules, if at all.

The positivity rate of COVID-19 in Georgia is just below 10 percent. No one under the age of 18 in the state has died from the virus.

There have been 8,972 deaths there since the start of the pandemic. 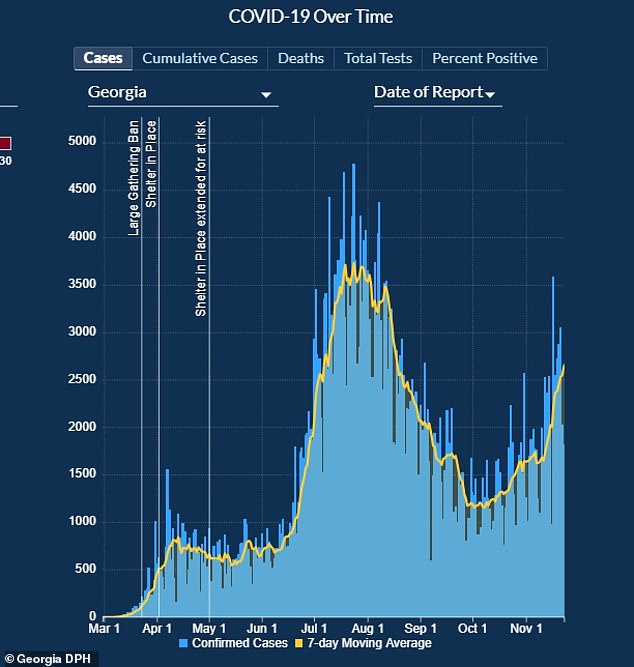 An overview of Georgia’s COVID-19 numbers. The test positivity rate is currently around 9%

No one under the age of 18 has died from COVI in Georgia. The vast majority are over 80