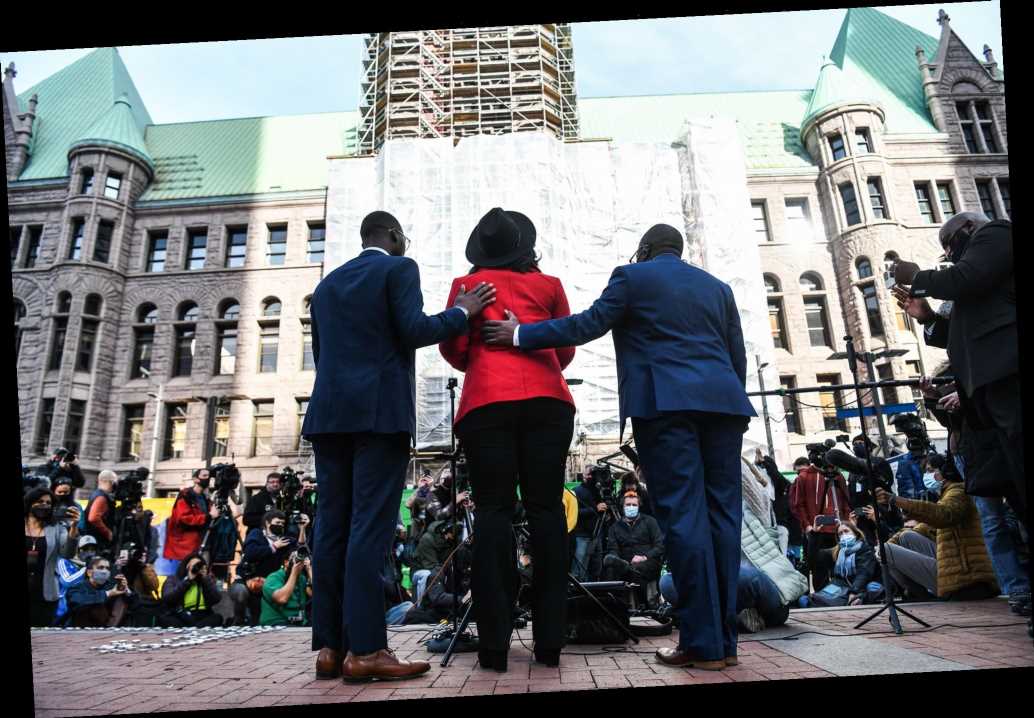 Protesters set fire outside Portland courthouse in clash with feds

The judge presiding over the murder trial of ex-Minneapolis cop Derek Chauvin in the death of George Floyd said Tuesday he will consider delaying the trial in the wake of a $27 million civil settlement for Floyd’s family.

Hennepin County District Judge Peter Cahill said he will take up the issue Wednesday after Chauvin’s lawyer complained this week that news of the hefty settlement in the case may have tainted the jury.

“You would agree it’s unfortunate, right?” Cahill asked the prosecution on Monday about the sudden revelation of a multi-million dollar settlement.

“It’s certainly not my preference, your honor,” replied Steve Schleicher, a lawyer on the prosecution team.

Cahill dismissed one juror on Tuesday morning because that man was aware of the settlement and would likely continue to read news coverage of the issue due to his job.

The judge also said he would recall the seven jurors seated before the news broke to see if the new development changed their ability to be impartial in hearing the case.

The issue surfaced during jury selection Monday, when Eric Nelson, Chauvin’s lawyer, said that word of the settlement could make a fair trial impossible.

Nelson said he found it “perplexing” that the city would announce the settlement in the wrongful death case “in the exact middle of jury selection.”

His concerns appeared to be confirmed immediately.

The first prospective juror called for questioning Monday conceded that she heard reports of the settlement and felt she could no longer be impartial.

The woman, who works in human resources, said that “generally, the preponderance of evidence in civil cases leans towards guilt.”

Eight of the last 11 potential panelists called have been dismissed, the judge noted.

Nelson is asking Cahill to halt the trial, and to reconsider his earlier request that the proceedings be moved out of Minneapolis because of the high-profile nature of the case — requests the judge said he will consider.

Also on Tuesday, lawyers for both sides revisited the issue of an earlier Floyd arrest, according to USA Today.

Cahill ruled in January that the 2019 arrest could not be brought up — but said Tuesday he would reconsider after Nelson argued that some of the details were relevant.

Chauvin, 44, is charged with second-degree murder, manslaughter, and a newly reinstated charge of third-degree murder in Floyd’s death on May 25.

Viral video of the incident shows Chauvin, then a cop, with his knee pressed to the back of Floyd’s neck for nearly 9 minutes despite his pleas that he couldn’t breathe.