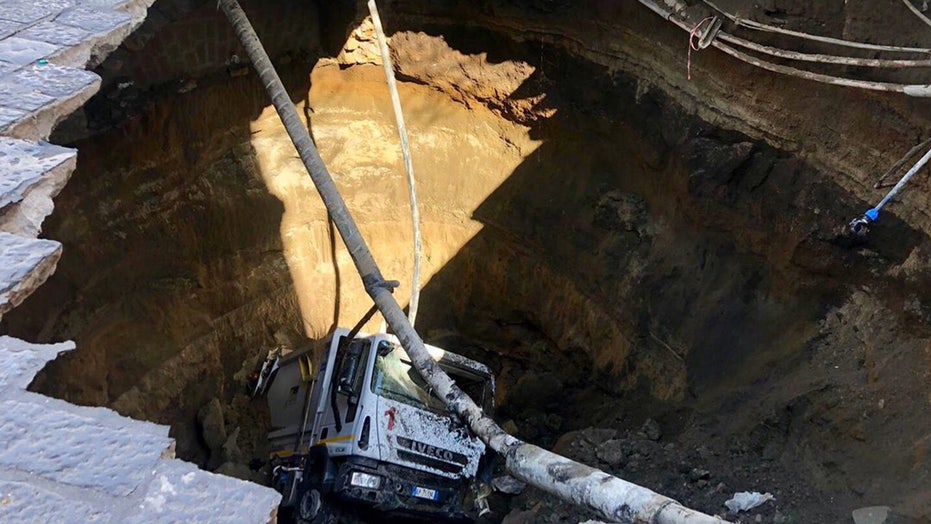 A garbage truck plunged into a massive sinkhole in the Italian city of Naples on Monday, sparking the evacuations of several homes nearby.

The truck was traveling down the Casoria area of the southern Italian city when the ground beneath it opened up. Much of the vehicle was left buried under dirt and rubble as a result of the collapse.

The driver was rescued by firefighters and taken to a local hospital. His condition was not immediately known. 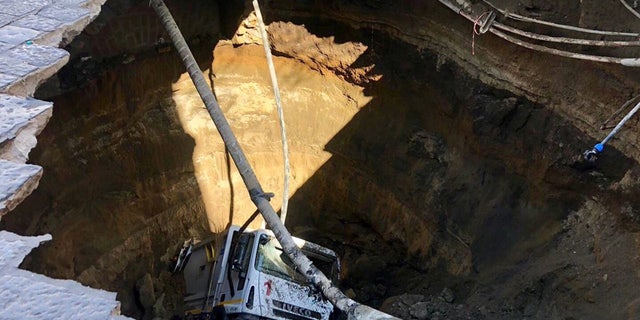 A garbage truck plunged into a massive sinkhole in the Italian city of Naples.
(Vigili del Fuoco)

Officials with the Vigili del Fuoco, the Italian fire brigade, said the collapse of the road resulted in a broken gas pipeline. At least 15 residents in nearby homes and buildings were evacuated as a precaution.

The road was closed and cordoned off after the incident. 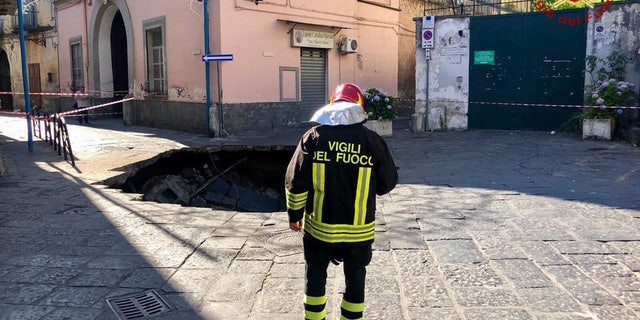 According to local reports, the sinkhole measured about 26 feet wide and was about 40 feet deep. It is unclear what caused the sinkhole.