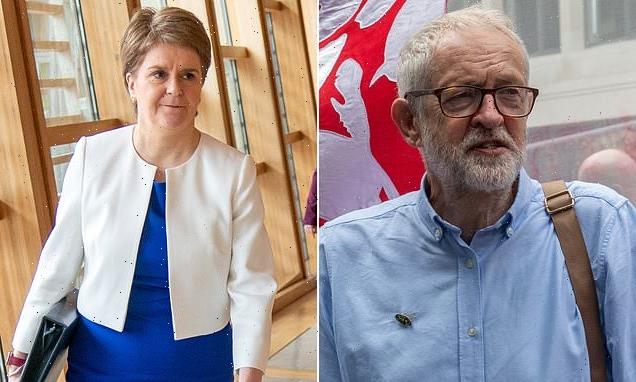 The former Labour leader used an appearance at the Edinburgh Fringe to claim that a new vote was ”absolutely the right thing to do’.

And the 73-year-old, currently ostracized from the Labour parliamentary party in a row over anti-Semitism, attacked Boris Johnson for refusing to permit it.

Mr Corbyn, who sits as an independent MP, told an even in the Scottish capital it was ‘not right’ for politicians at Westminster to tell Scotland what it could do.

Ms Sturgeon, the SNP First minister, wants to hold a new vote in October next year, nine years after Scotland last voted to remain in the UK.

Mr Corbyn said ‘If the people of Scotland [and] the Scottish Parliament demand a referendum then that’s absolutely the right thing to do….

‘I don’t think it’s right for the Westminster government to say ”no you cannot have a choice”. You have to have a choice.’

He was blasted during his disastrous time in charge of Labour for his failure to stand up for the union. And his latest outburst provoked anger among supporters of Scotland remaining in the UK.

Sharon Dowey, the Scottish Tory culture spokeswoman, said: ‘Now we know that if he had been handed the keys to Downing Street he would have rolled over to Nicola Sturgeon’s demands for another divisive independence referendum. 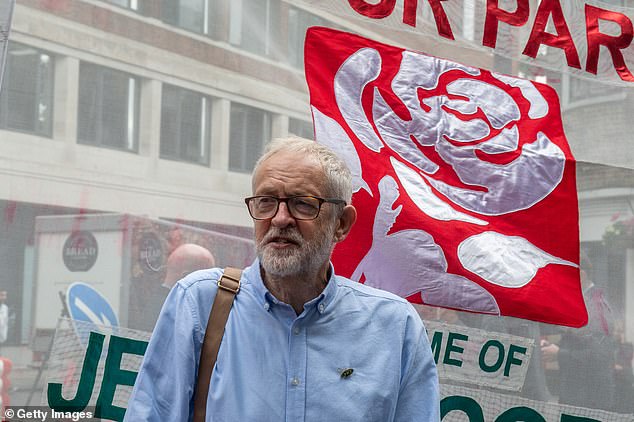 The former Labour leader used an appearance at the Edinburgh Fringe to claim that a new vote was ”absolutely the right thing to do’. 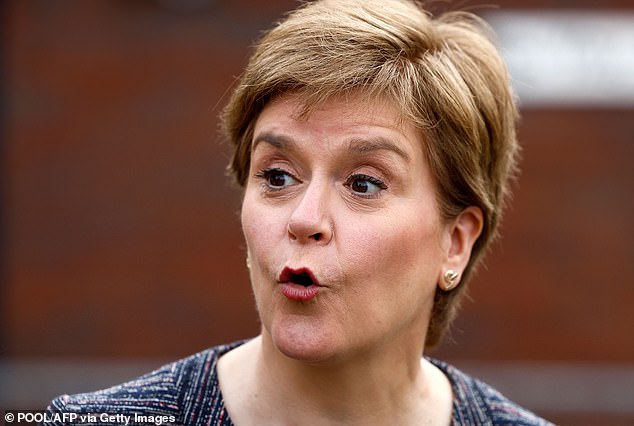 Ms Sturgeon, the SNP First minister, wants to hold a new vote in October next year, nine years after Scotland last voted to remain in the UK.

‘It beggars belief that he has rowed in behind Nicola Sturgeon’s plans at a time when Scots are struggling with ever increasing bills and the NHS is in crisis.

‘Those Labour MSPs who still support Corbyn’s toxic brand of politics need to urgently clarify whether they also support his views on another independence referendum.’

Scottish Labour distanced itself from his remarks, saying that as a ‘private citizen’ he was entitled to hold views on ‘a range of subjects’.

Yesterday the Government has submitted its legal argument against allowing the Scottish Parliament to legislate for another independence referendum.

Lord Advocate Dorothy Bain QC referred a prospective referendum Bill to the Supreme Court last month to ascertain if it was within the powers of Holyrood.

Oral arguments are due to be heard in the case in October, but the Advocate General for Scotland Lord Stewart QC submitted the case against the Bill being within the legislative competence of Holyrood on Tuesday.

It is understood the UK Government has asked for the Court’s permission to publish the submission.

A spokeswoman for the UK Government said: ‘People across Scotland want both their governments to be working together on the issues that matter to them and their families, not talking about another independence referendum.

‘We have today submitted our written case to the Supreme Court, in accordance with its timetable.

In its submission to the court, submitted last month, the Scottish Government leaned heavily on any future referendum not being ‘self-executing’, meaning it would be purely advisory and only meant as a way to ascertain the views of the Scottish people.

The SNP have also made an attempt to intervene in the case, arguing that – as a public body – it would be ‘fair, just and reasonable’ for the party to make arguments to the Court.

Mr Corbyn also claimed a ‘radical, hopeful alternative’ is needed to defeat the Tories at the next general election.

The Islington North MP, who led Labour to humilitaion at the 2019 election, also told the audience at the Edinburgh Fringe the public were supportive of rail workers striking for a pay increase.

During the event at the New Town Theatre, he was asked what he thought of his successor as Labour leader, Sir Keir Starmer, and his approach to the rail workers’ dispute.

Mr Corbyn said he did not want to get into ‘personal politics’ but added that rail workers had experienced 10 years of frozen pay and many were not well paid.

Mr Corbyn said: ‘I’ve been outside the major stations with the RMT, and the travelling public who cannot travel come up and say: ‘I”m with you because you’re fighting my battle as well.”

‘There’s a wholly different atmosphere around. And anyone that thinks you’re going to make yourself deeply unpopular because you’re supporting people who are merely trying to protect their living standards needs to think again.’