Parents accused Aldi of ‘misleading’ advertising for a toy sandpit that is barely bigger than an adult’s hand once it is unboxed.

Many people shared hilarious photos of the tiny Lets Get Messy sandpit compared with how it is advertised.

Martin Kirkby, from Bournemouth in Dorset,  shared a picture of the £3.99 sandpit under his hand with the caption: ‘Absolutely disgusting from Aldi to falsely advertise.

‘The box tells you it’s a big pit for kids to play in but it turns out it’s no bigger than your hand. Disgrace.’ 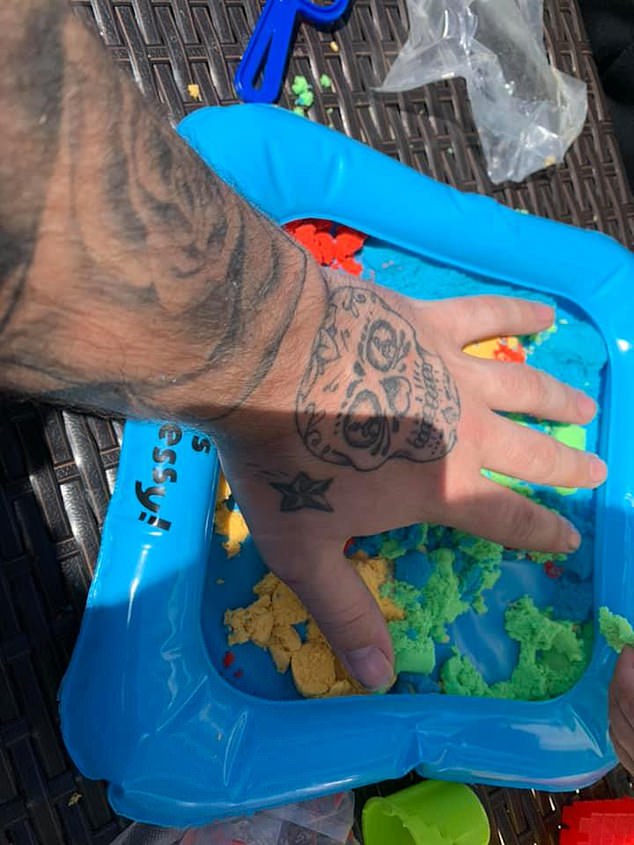 Martin Kirkby, from Bournemouth in Dorset, posted the picture of the sandpit showing that it is barely bigger than his hand 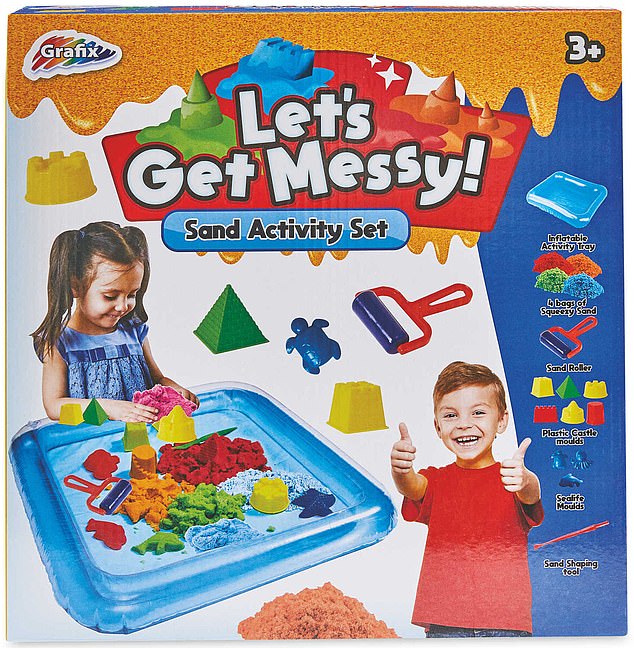 The Lets Get Messy sandpit was sold for £3.99 and has a picture on the box that many parents thought was misleading

And Jessica Galvin, from Melksham Wiltshire, complained the item was only a ‘quarter of the size’ of what was promised

She wrote: ‘Nice idea Aldi, but a little misleading on the tray size!

‘Particularly disappointing given the size of the tray for the bubble set.’

But the funny side was not lost on many parents who laughed about the miniature sandpit.

She said: ‘And the award for the worst representation of something goes to Aldi.

‘Granted it was reduced to £1.99 but unless my four-year-old daughter is suddenly a giant, pretty sure this is a tad inaccurate.’

Laura said that despite the initial shock, she and Harper found the situation funny. 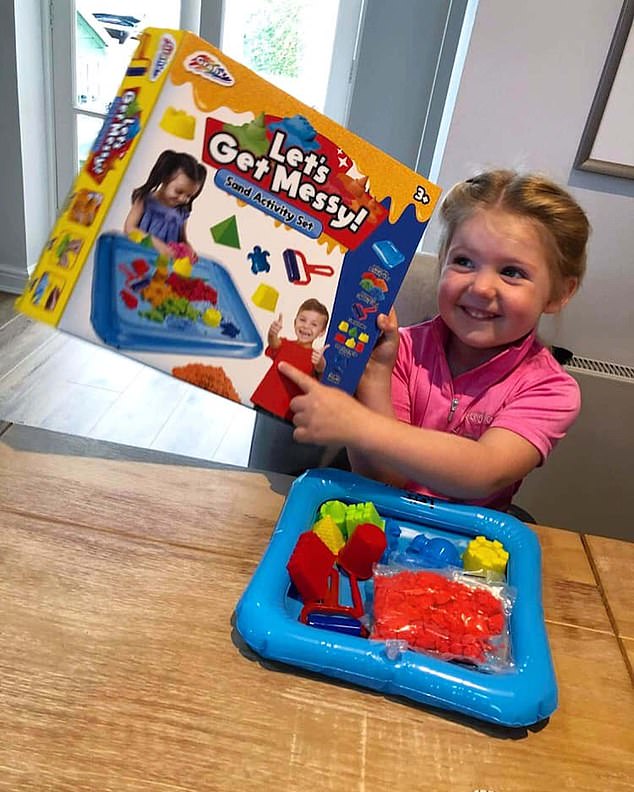 The 31-year-old audiologist said: ‘Our initial reaction when we opened it was amusement straight away.

‘We found it hilarious and Harper asked where the rest of it was.

‘I joked that Harper must be a giant.

‘She still plays with it as she loves sand!

‘She sat there looking at the box and trying to work out what was happening.

‘We posted in Aldi UK to share our amusement and Aldi offered to take it back for a refund but she still likes it, we just found the misinterpretation really funny.’

Several of the customers have since been offered a refund by Aldi’s customer service team on social media.

Aldi said: ‘We are sorry to hear that some customers were disappointed with this product.

‘Any customer who is not entirely satisfied with an Aldi product can return it to their nearest store for a full refund.’