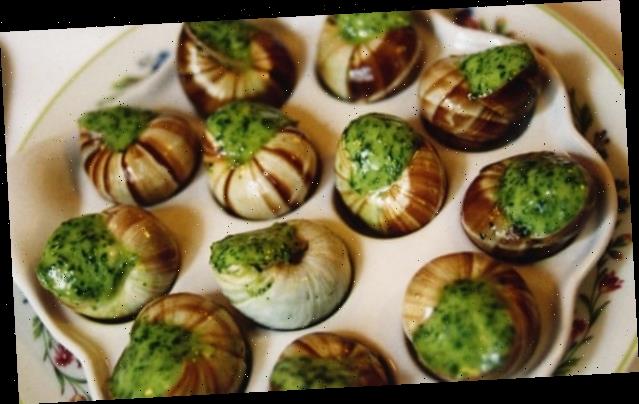 For France’s heliciculteurs, or snail farmers, 2020 was a desperately sluggish year.

With seasonal festivities all but cancelled, Christmas markets called off, a lack of tourists and restaurants shut down because of the coronavirus crisis, business has slowed to, well, a snail’s pace.

Escargots, edible land snails often served in their shells with butter and garlic, are a classic hors d’oeuvre at the traditional end-of-year celebrations in France and snail farmers usually expect to make up to 70% of their sales in November and December. Now they are wondering what to do with their escargatoire.

“We sell essentially for the end-of-year celebrations, but with the Christmas markets cancelled it’s been a difficult time,” Grégory Laude, a snail farmer near Dunkirk told his local newspaper.

France has about 400 snail farmers producing for this specific seasonal market. Several have branched out in recent years into hosting tourists, many of them from the UK and US, but they too have been absent in 2020.

To make matters worse, the producers say they have been excluded so far from government schemes intended to help small farmers and businesses during the Covid-19 pandemic.

Hervé Ménelot, a snail farmer in Burgundy, said: “We’re not organised as a federation at the national level and we’re defending small operations so it’s not easy to make ourselves heard … unlike foie gras and cider apple producers. All we’re asking for is the same treatment.”

Four representatives wrote to ministers in the autumn to alert them to snail farmers’ difficulties. As a result, agriculture ministry officials say they will benefit from emergency financial aid to the “festive sector”, added to the list of financial beneficiaries from the Covid-19 recovery fund in December.

Archaeologists in southern Europe have uncovered large quantities of snail shells among stone tools and animal remains in pits used for cooking during the early Gravettian era, suggesting that Palaeolithic humans in Spain began eating snails around 30,000 ago.

The Romans considered escargots a food for the elite. In French cuisine, they are taken from their shells, killed, cooked with garlic butter, wine or stock and put back in the shells with the sauce. They are usually served in special dishes with individual depressions for 12 snails.

One snail farmer, Hubert Hédoin, however, told Vendée television all was not lost and that the leftover snails, currently hibernating, would be pickled or canned.