Jean-Jacques Savin set off from El Hierro in Spain’s Canary Islands and is hoping to finish the trip in the orange vessel, which will use ocean currents to propel itself, in about three months.

He is expecting to travel 2,800 miles (4,500km) and drop markers from the 3m (10ft) long, 2.1m (7ft) wide resin-coated plywood craft to help oceanographers study currents in the Atlantic Ocean.

The markers will help the international marine observatory, JCOMMOPS, study currents in the sea. Mr Savin himself will be the subject of a study on the effects of solitude in close confinement. 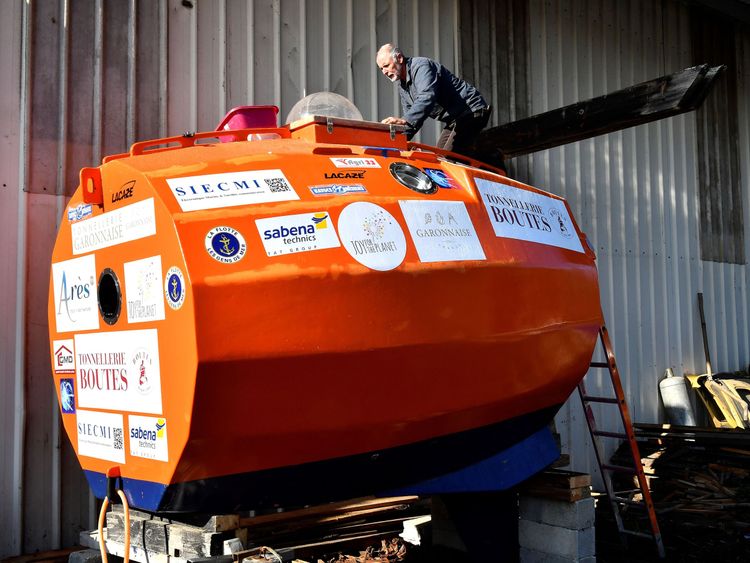 “The weather is great – I’ve got a swell of one metre and I’m moving at two or three kilometres an hour,” the former military parachutist told AFP over the phone.

“For the time being my capsule is behaving very, very well and I’ve got favourable winds forecast until Sunday.”

Mr Savin, also a former pilot and national park ranger, had been working on his capsule in a shipyards in Ares, a small commune on France’s southwest coast.

It has been heavily reinforced to resist waves and potential orca whale attacks. 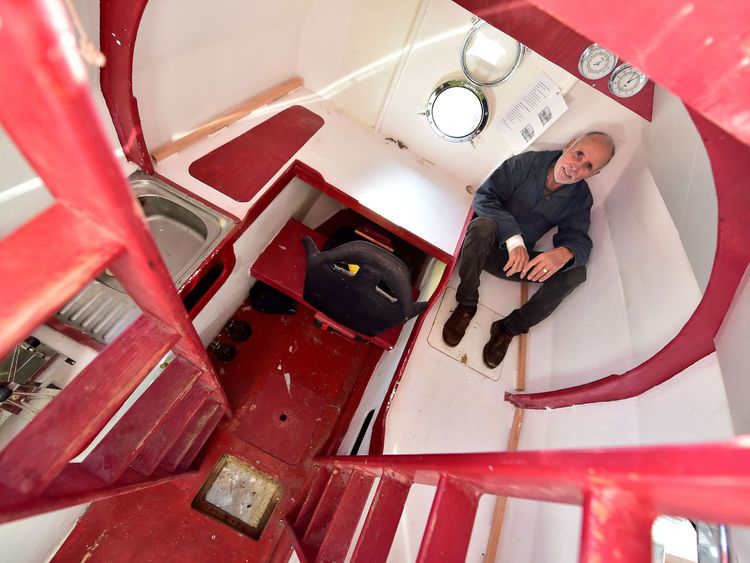 The vessel, which weighs 450kg (990lb) when empty, comprises of a six-square-metre space complete with a kitchen, sleeping bunk and space for storage.

Mr Savin will be able to keep himself entertained on his travels with a porthole in the floor, which he can use to view the passing fish.

He has also stashed away a block of fois gras and bottle of Sauternes white wine in preparation for New Year’s Eve, as well as a bottle of red Saint-Emilion for his 72nd birthday on 14 January.

Even the wine will be subject to a study comparing bottles kept on board to those back on dry land. Scientists will look at the effect that months of being shaken by waves has on the alcoholic beverages.

The adventurer hopes currents will move him through the ocean without a sail or oars, with him “maybe” ending up in Barbados.

However, he did say he would prefer to reach a French island like Martinique or Guadeloupe.

“That would be easier for the paperwork and for bringing the barrel back,” said Mr Savin.