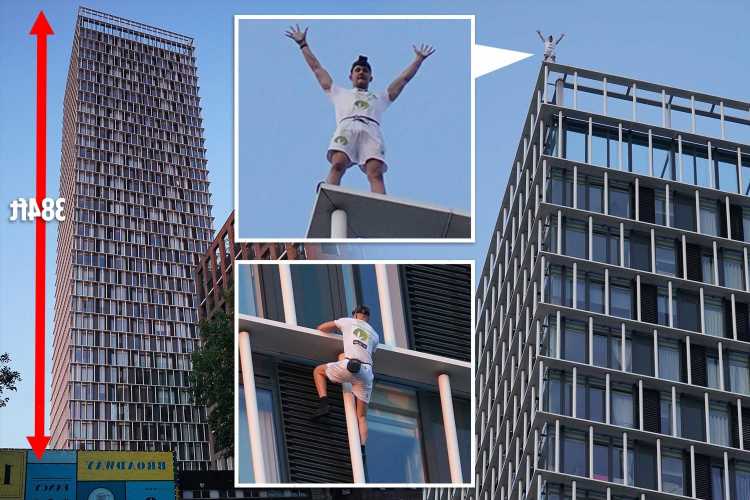 A FREE-climber jailed two years ago for scaling The Shard has conquered a second skyscraper.

The 21-year-old, from Oxford, chose the 384ft residential block as it overlooks a metro station flooded last week by heavy rains.

After the 5am stunt that took less than 30 minutes, he said: “I underestimated how the windows were extremely slippery.

“That was the only fear and disconcerting thing about it.”

He added: “I gained a lot from this experience. I come away from each climb enlightened.

“It's an indescribable feeling – it's like trying to describe a colour to a blind person.

“The feeling I get from doing these things is just out of this world."

Mr King-Thompson was sentenced after admitting breaching a High Court injunction by scaling The Shard, which is one of Europe's tallest buildings at 310 metres (1,017ft), on July 8 2019.

Teighmore Limited – the owners of The Shard – brought legal proceedings against him for breaching an injunction designed to deter trespassers. 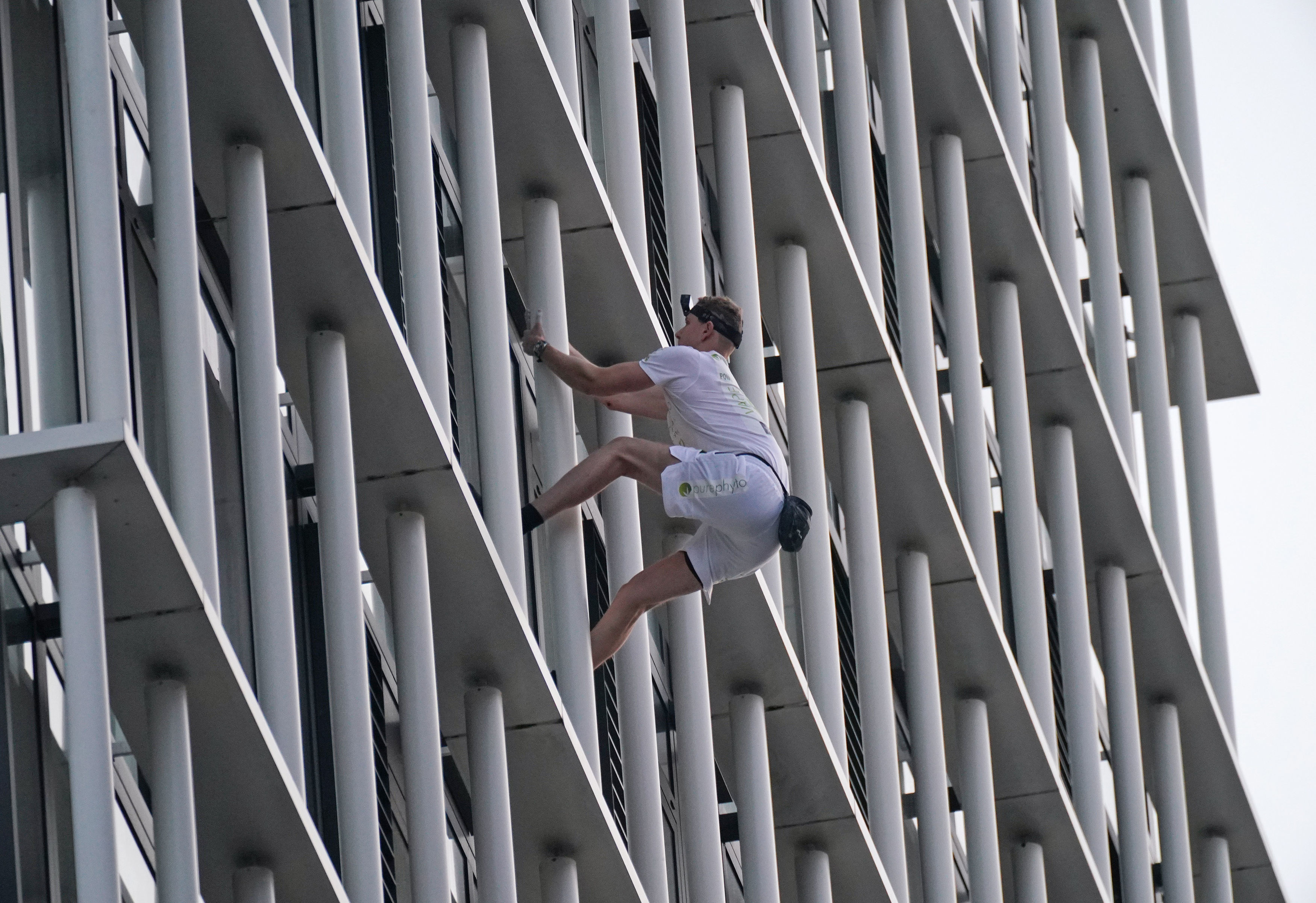 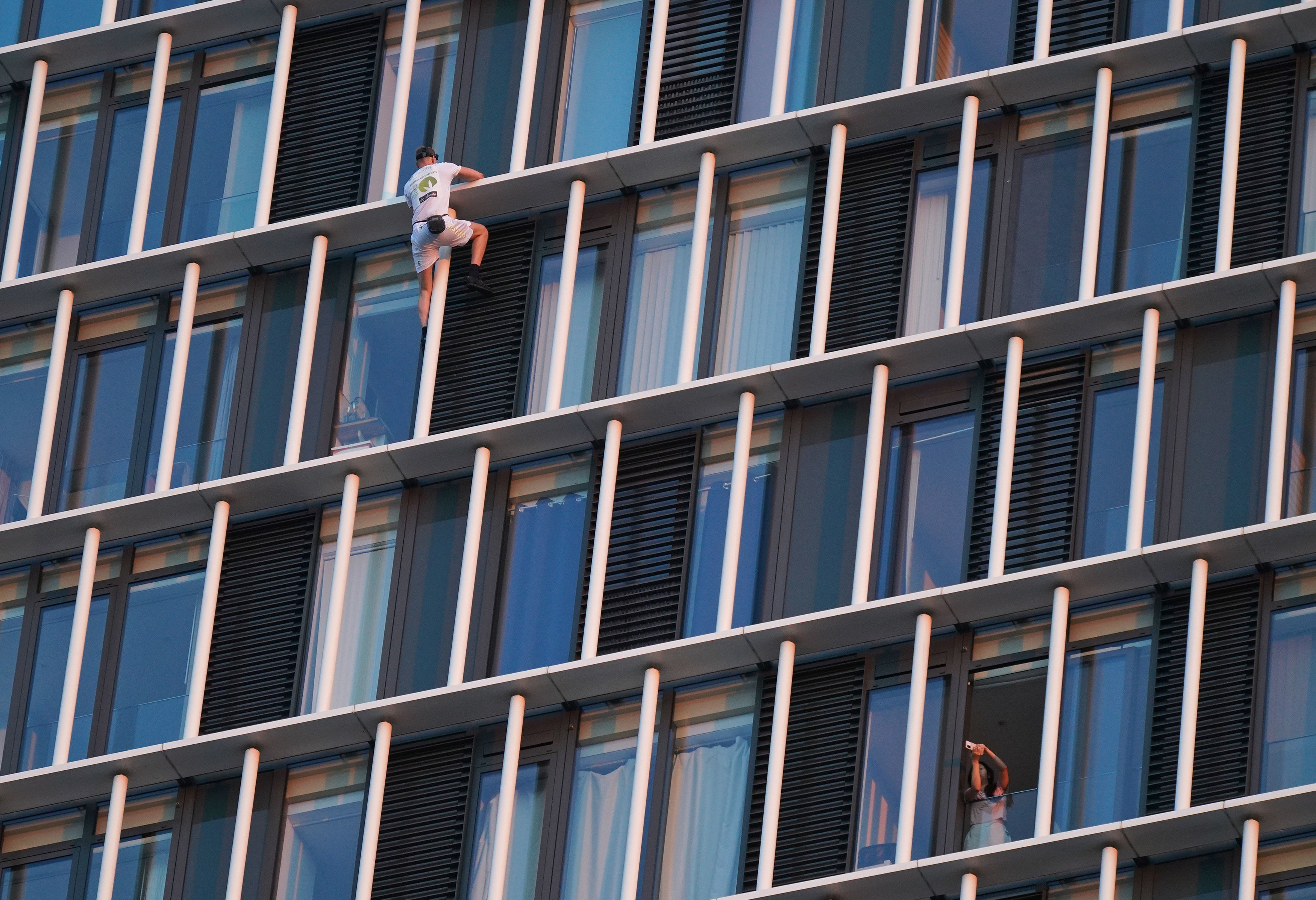 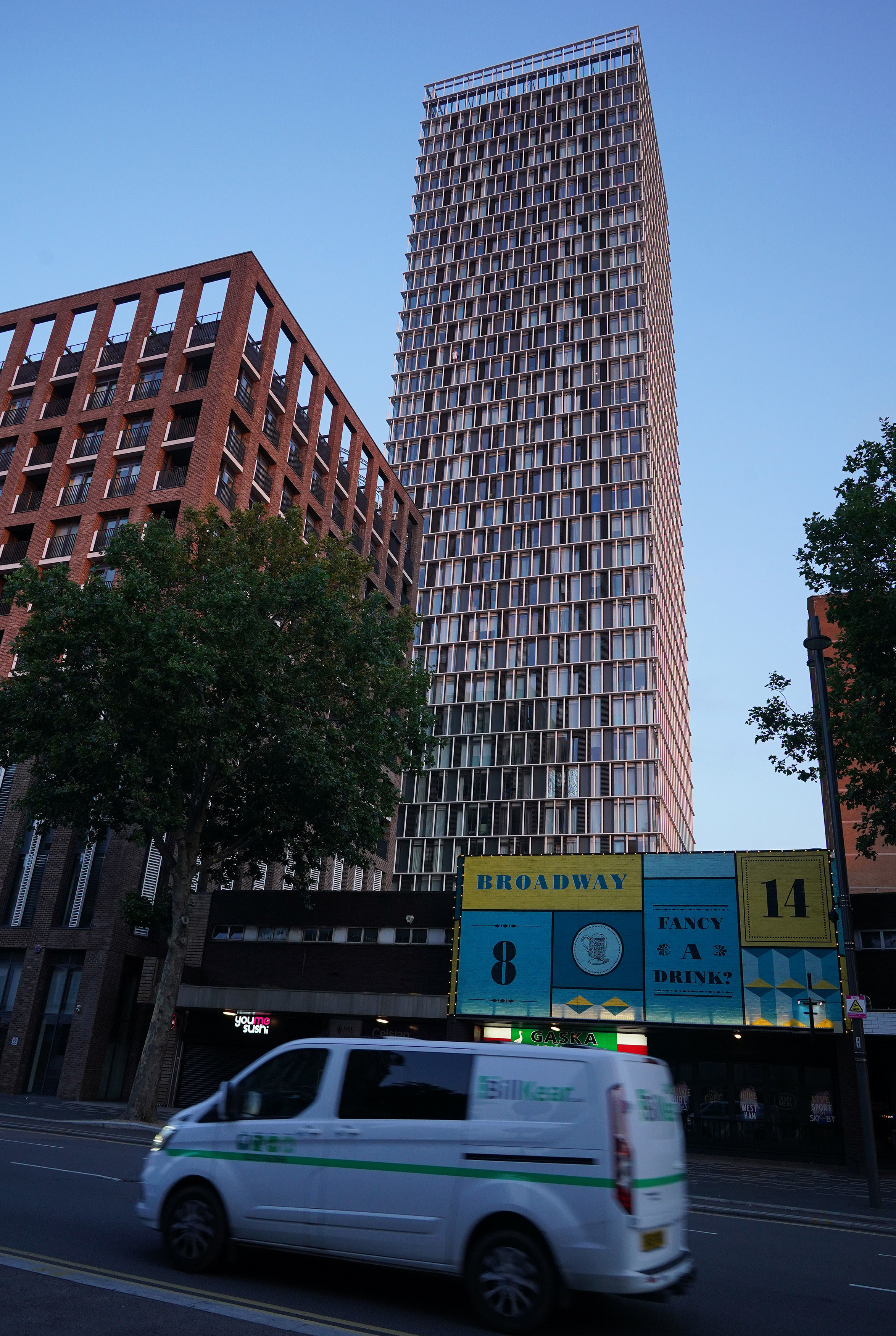 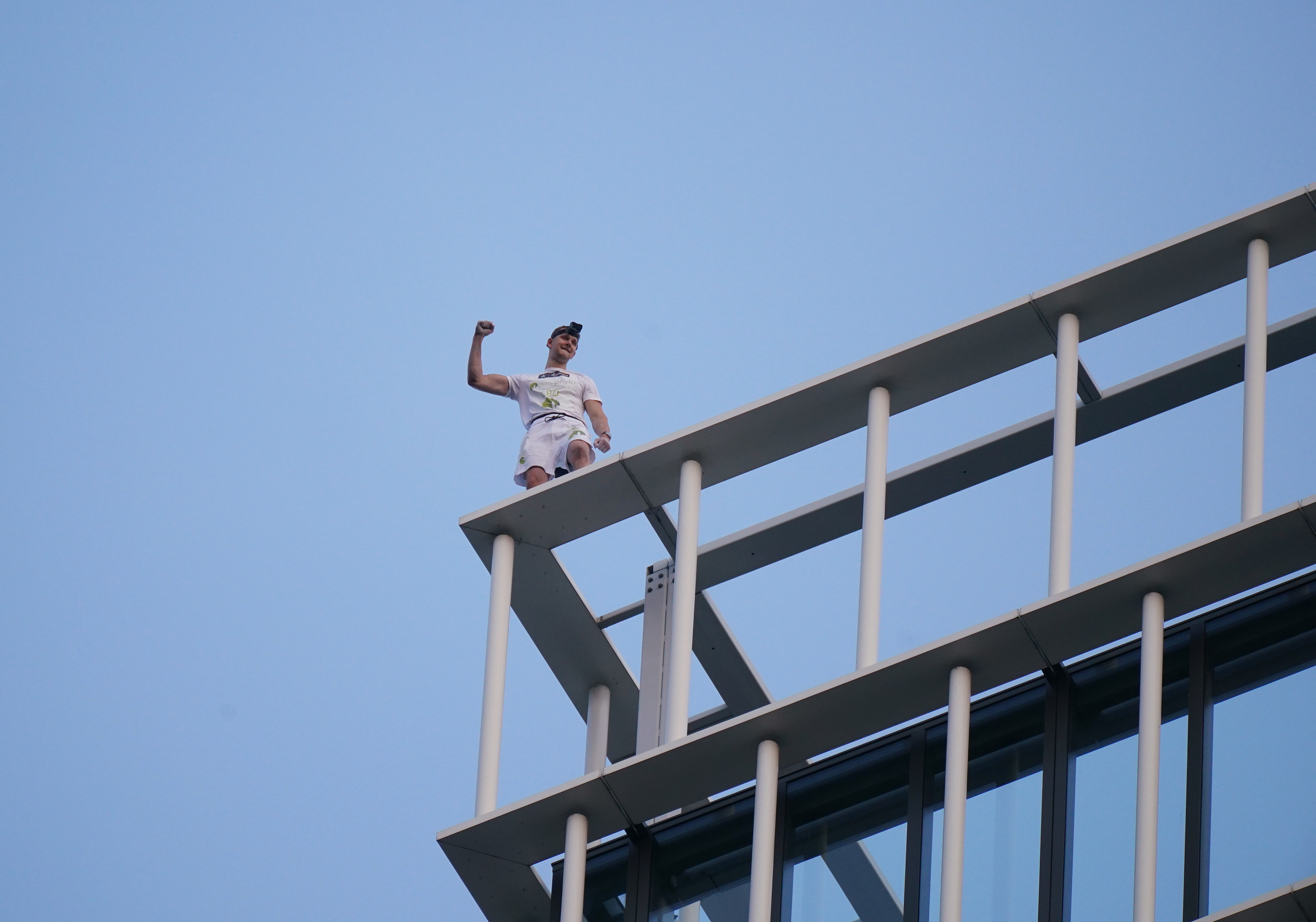