Jayne Hamer told Sir Trevor McDonald: "I heard screaming in the middle of the night 'stop it daddy, stop it daddy' and it sounded like one of the children. 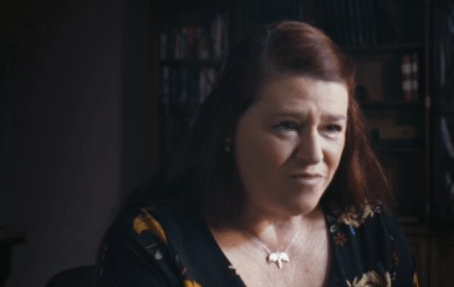 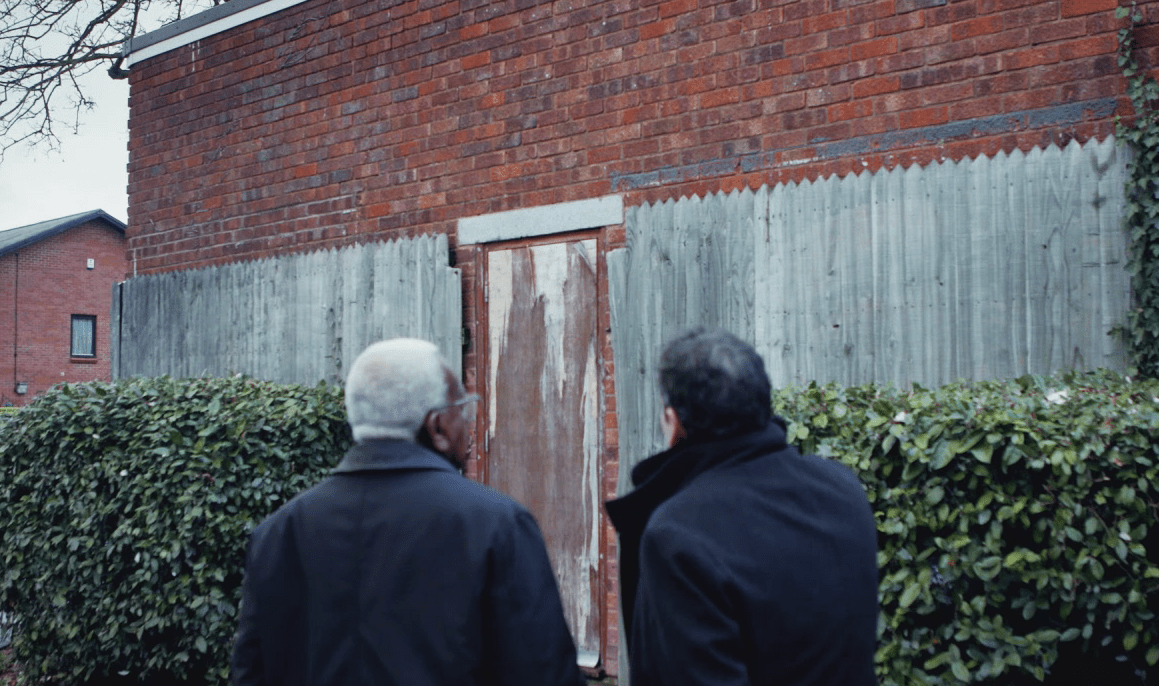 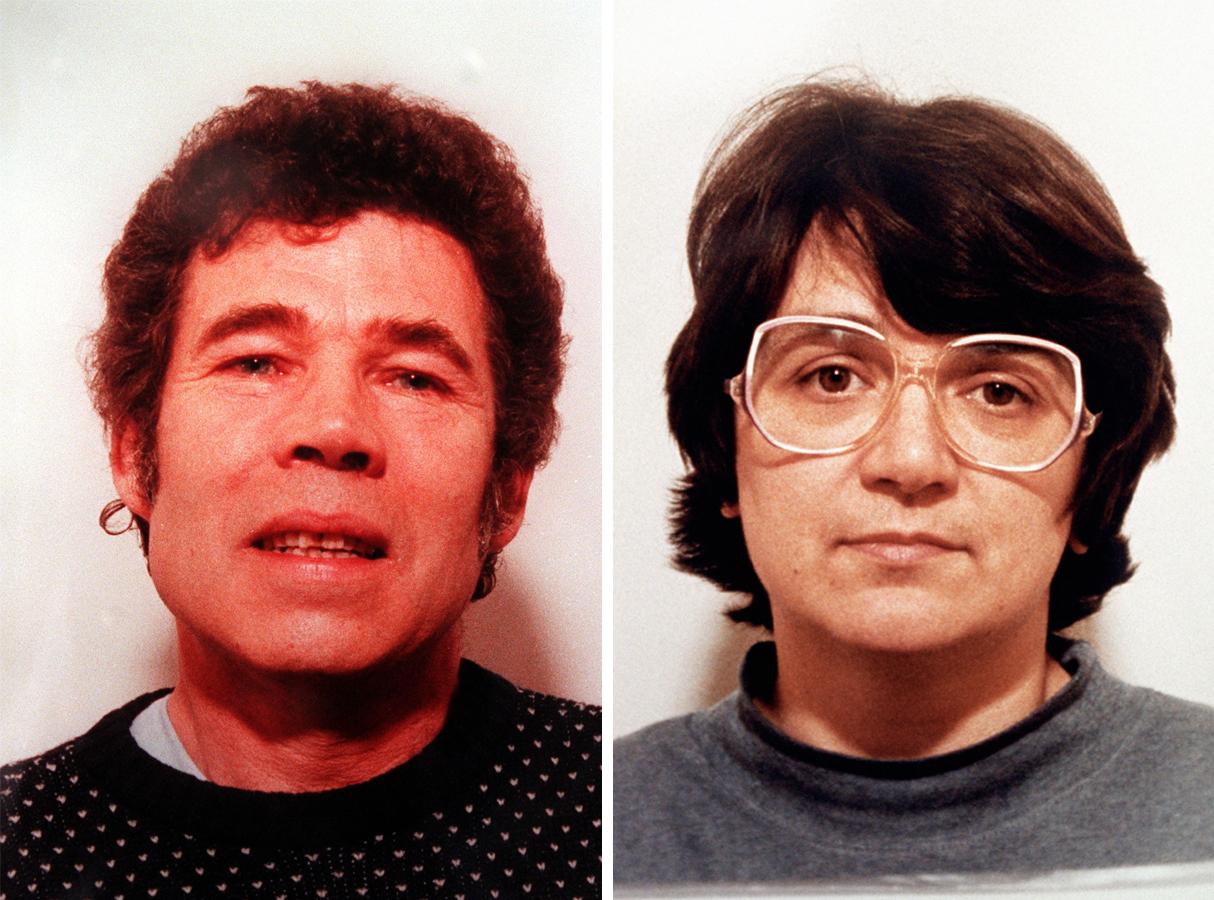 "That was my reason for leaving. I thought I was next."

She added, in ITV's explosive documentary on the serial killer couple: "Fred West took me to the cellar and showed me the cellar.

"There was a little bed there and I thought it was for the children. I found out years later it wasn't."

The depraved pair abducted, tortured, raped and murdered young women over 20 years – and buried many of them under the floorboards of their home.

Jayne said: "I got to know Fred fairly well.

"Rosemary was harder to get on with, very domineering, very curt, she seemed like a very controlling person.

"She definitely ruled the roost.

"When I look back now I wonder why I was babysitting the children, what were Fred and Rosemary doing? Maybe they were going out finding victims?"

One of Fred and Rose West's victims sister this evening revealed she visited their home while still looking for her missing sibling – not knowing she lay buried under the staircase.

Juanita Mott's sister, Belinda, told Sir Trevor McDonald about her chilling visit to 25 Cromwell Street as she desperately tried to find her.

As part of an explosive new documentary on the serial killers, she said: "I had a friend, she rented one of the rooms upstairs, Rose West would be sat on the doorstep with the kids.

"It was just a dump, it was horrible, I didn't like it.

"I said to my friend, 'how can you live there?'

"Little did I knew that Juantia was under the staircase, it was just eerie."

This evening's documentary explores new evidence about twisted Rose West's roles in the murders, which stunned the nation when they were revealed 25 years ago.

Juanita vanished in 1975 and was one of the sets of remains pulled from under the floorboards at 25 Cromwell Street in Gloucester where the sick couple killed at least nine of the West's victims.

TV bosses initially planned to broadcast the documentary at 9pm on February 1, but it was replaced by a different Sir Trevor McDonald show.

Eager viewers were left fuming after it was pulled for legal reasons, and they flooded social media with complaints.

Sir Trevor visited the house with the author Howard Sounes, who broke major stories in the West case as a journalist, and wrote the bestselling book Fred and Rose.

Howard said: "This is where the house was. This would have been what Fred called his Wendy House, which was just a shed.
"They've tried to cover up all traces of it.

"One of the grotesque aspects of this that this area was a play are for the children.

"The Wests are having a family life here while there are bodies underfoot.

A shocked Sir Trevor replied: "This is macabre in the extreme".

The couple's children's were intimidated and terrorised into silence over the depraved activities in the family home.

The documentary revealed how Fred gradually confessed to the murders, showing police where to dig.

It retold what happened to his first victim, Anne McFall – who was pregnant with his child – and how he met 15-year-old Rose, who would become his wife.

LIVES LOST: The victims of Fred and Rose West

The nanny of Fred and Rena West’s children, McFall was believed to have been murdered in 1967.

She was pregnant when she died, with West believed to have been the father. Her body was found in June 1994 in a shallow grave.

Fred West denied murdering McFall but he is said to have confided to a visitor after his arrest that he stabbed her following an argument.

This happened before Rosemary West met him.

With Fred in prison for the theft of car tyres and a vehicle tax disc, Rosemary was left to look after Charmaine and Anne Marie.

The former just eight-years-old, was Fred West’s stepdaughter from his previous marriage.

A neighbour Tracey is said to have found Charmaine tied to a wooden chair with her hands behind a back with Rosemary standing with a large wooden spoon.

Rosemary claimed she’d been taken by her mother, but her skeleton was found at the Midland Road property, hidden and missing bones.

Rena is believed to have been murdered by strangulation.

Rosemary was not charged for this murder.

Lynda Gough was the first sexually motivated killing conducted by the Wests.

She moved into Cromwell Street in April 1973, having had affairs with several lodgers. The Wests later claimed she’d been asked to leave after hitting one of their children.

Strangulation and suffocation were the likely causes of death.

On the night of November 9, she was allowed to spend the night at her grandmother’s house before a doctor’s appointment the next morning.

She attended the appointment and then met her boyfriend, before somehow ending up on Cromwell Street.

Her body was found more than twenty years later.

A 21-year-old medieval English student at Exeter University, she returned home for Christmas in December 1973.

She left a friend’s house in a rush to get the last bus from Cheltenham to Gretton on 27 December, with it believed she was abducted from this bus stop.

She was found more twenty years later, her dismembered body in the cellar of Cromwell Street.

She had planned to hitch-hike to Ireland in Easter 1974. Her family reported her missing having not heard from her for some time.

Prosecution believe she was abducted before being killed, with Fred West later building a fake chimney over her grave.

Just 15 at the time of her death, Hubbard is believed to have been abducted by the Wests.

Her body was found following an excavation in the concrete and plastic membrane of the cellar floor.

In the summer of 1974, Mott moved into 25 Cromwell Street but later went missing when she was living in Newent.

Her body was found in March 1994, 19 years later, with West having concreted over the floor of the cellar.

The first victim buried outside the house, Robinson had an affair with Fred West, and by autumn 1977, she was pregnant with West’s child.

It was initially claimed she had moved to Scotland but her body was later found.

When questioned, Rosemary West, herself pregnant with her daughter Tara at the time of the murder, claimed she did not remember her, which was described as “ludicrous” by the prosecution.

The last murder with a sexual motive established. She disappeared just before her 17th birthday, having been seen at 25 Cromwell Street throughout the summer.

Her body was buried underneath the patio.

The first child born to Fred and Rosemary West, there is no evidence she was aware of the killings.

Sexually abused by her parents and having told friends, she suddenly went missing in 1987, with Rosemary claiming she had gone to Wales to be with a lesbian partner.

The couple would joke to their other children that they would “end up under the patio like Heather” if they misbehaved. This, and their changing stories, lead to the search warrants for the property, which lead to their arrests.

In a disturbing twist, the documentary even suggested Rose may have been the driving force behind the couple's sick killing spree.

Sir Trevor said: "When they cruised around to pick up people, she was the one who probably convinced the girls to get in the car.

"If a man cruised around then the girls may think twice but her presence in the car was the incentive to these girls that maybe it’s ok.

"What viewers can expect is a great deal of information about how these extraordinarily horrible things came to pass. This is not an everyday story, you don’t encounter this very often.

"In every way you turn to look at this case, there is something ghastly and unexpected and totally inexplicable.

Sasha Wass QC, who defended Rose at her trial in 1995, gave first ever interview about the case, while Sir Trevor examined the House of Horrors where the victims were tortured and killed.

Fred West killed himself in January 1995 while awaiting trial for 12 murders, while Rose was later convicted of ten murders, including that of her daughter, and sentenced to life. 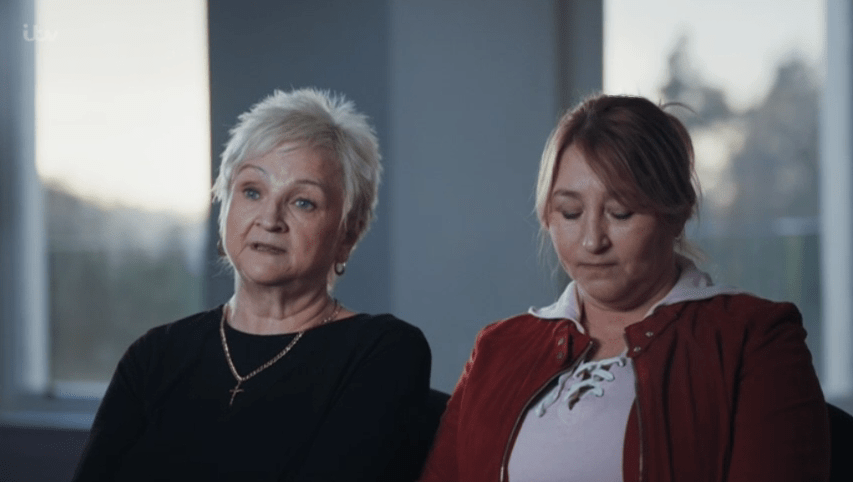 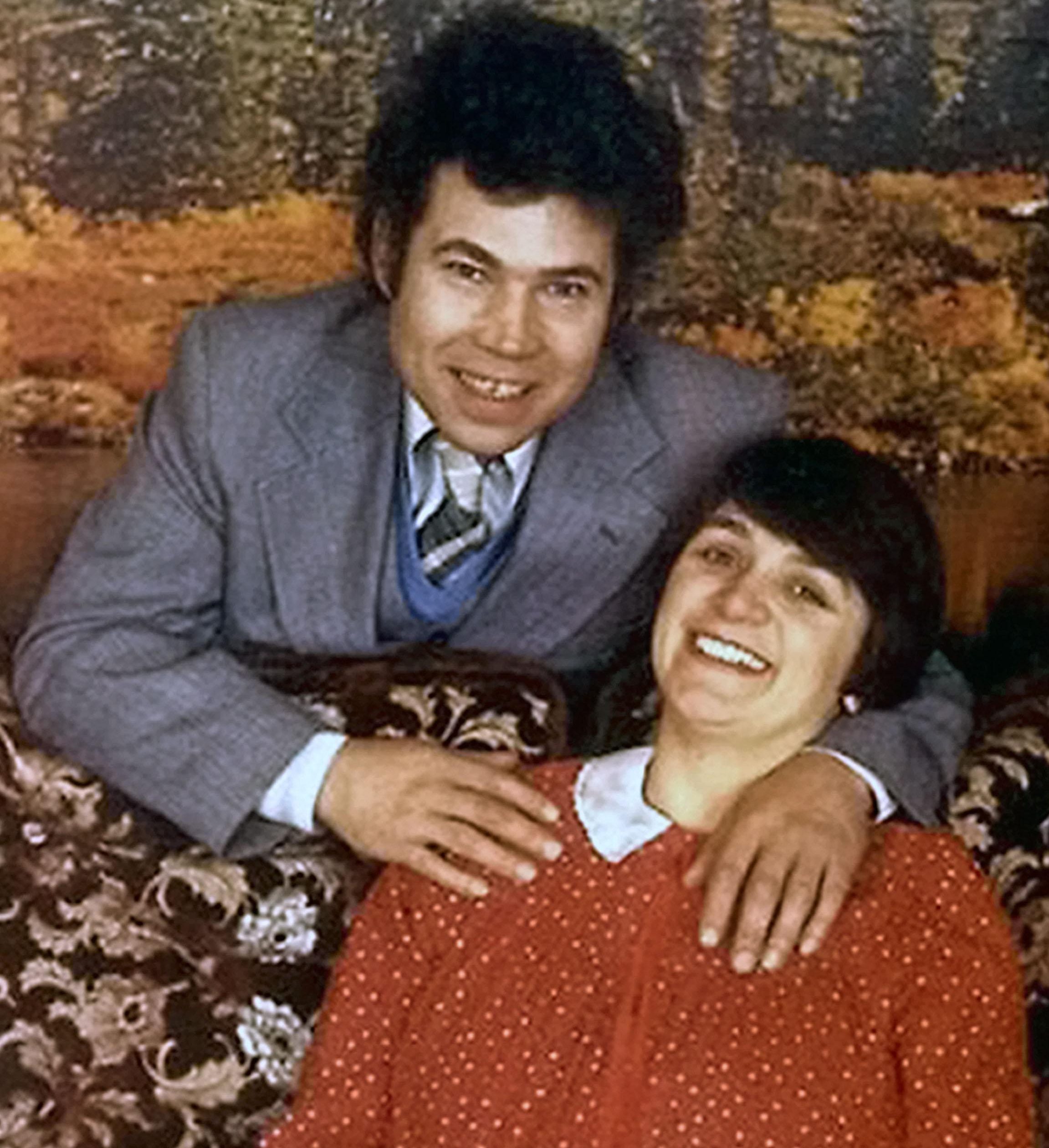 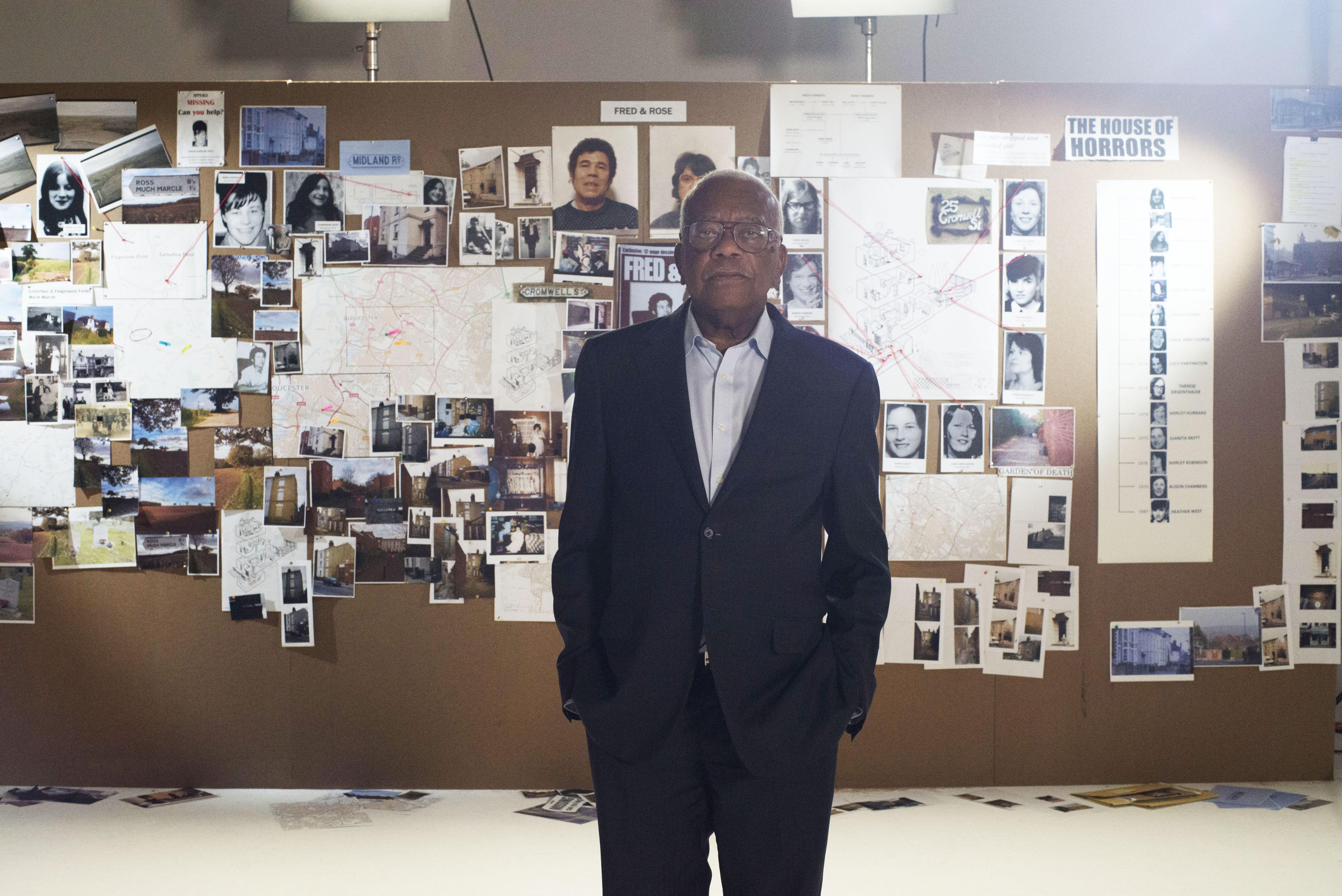 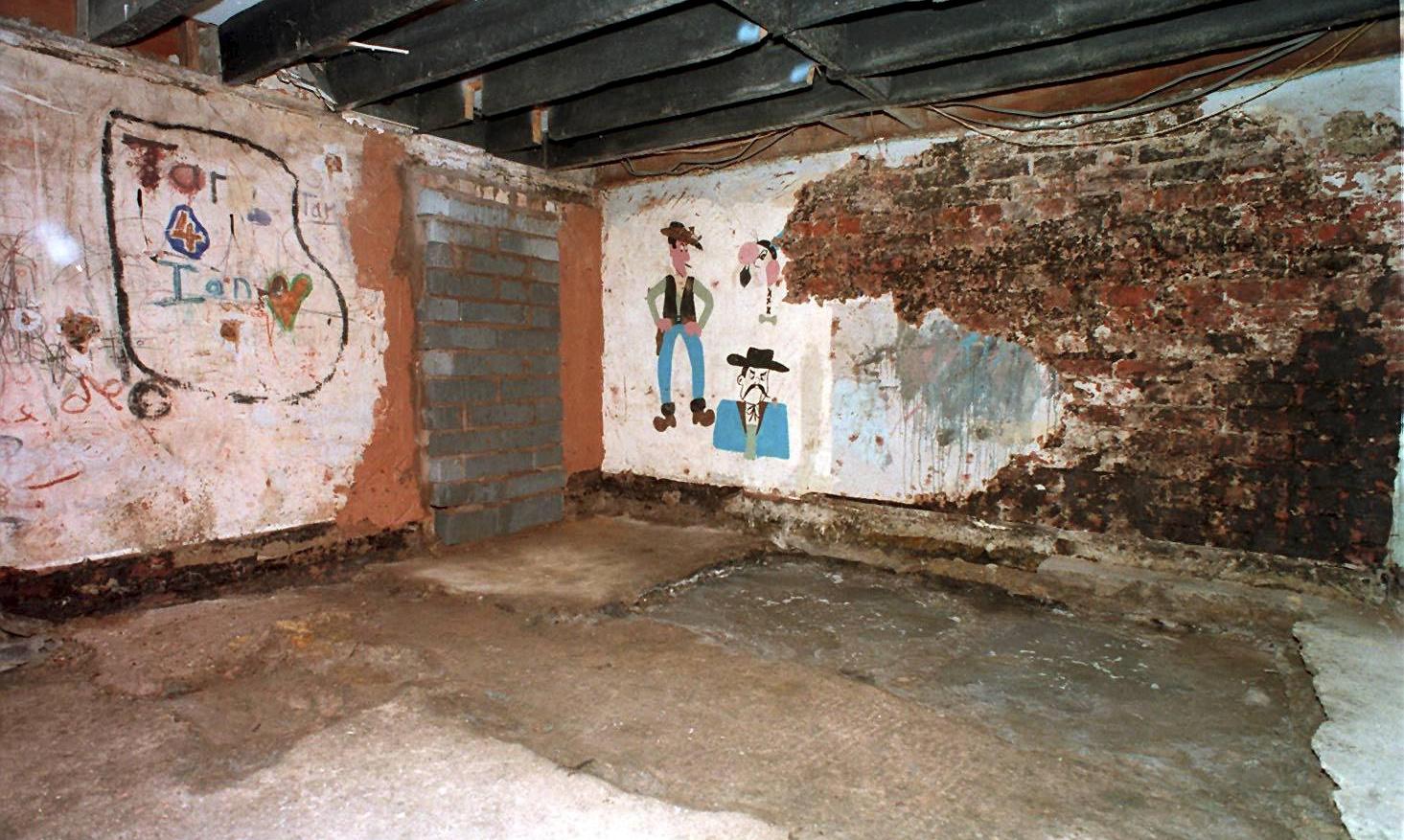