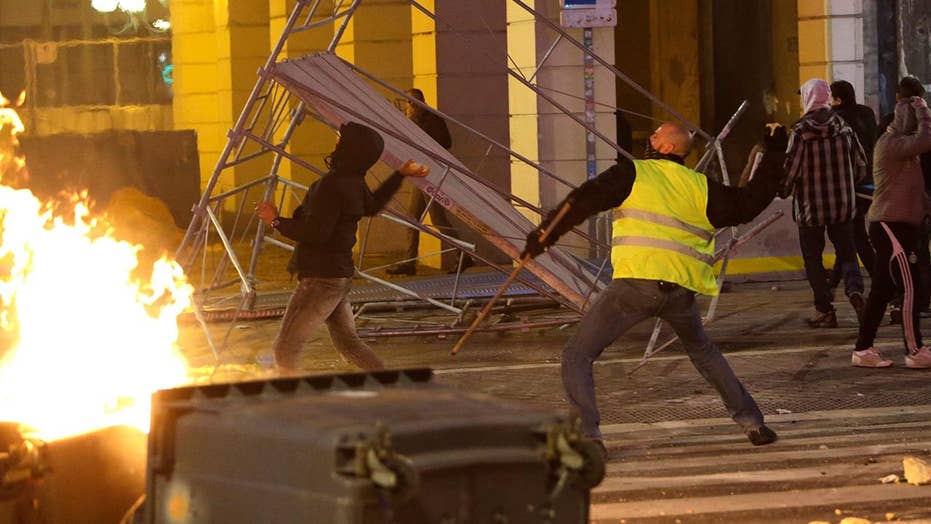 Over 400 arrested in Paris during anti-government protests

France reportedly considering a state of emergency amid the violence; Benjamin Hall reports on the growing riots.

French Prime Minister is expected to announce a suspension of fuel tax hikes that have provoked a protest movement that has grown violent, according to French media.

The protests, which began in mid-November, have grown increasingly violent. Over the weekend more than 130 people were injured and over 400 were arrested in the nation's capital. Officials have called it the worst in the country in decades.

The protesters say they want to level a playing field that they believe is tipped in favor of the elite and well-off city dwellers.

The fuel tax “was the spark,” said Thierry Paul Valette, a Paris protest coordinator, in an interview. “If it hadn’t been (that), it would have been something else.”