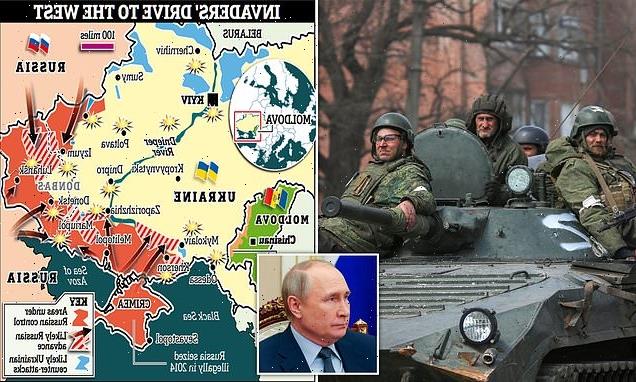 France and Germany ‘sold £230million of military hardware including bombs, missiles and guns to Moscow’ – likely used in Russia’s invasion of Ukraine – despite EU-wide arms embargo in wake of 2014 annexation of Crimea

France and Germany sold £230million worth of military hardware to Moscow which was likely used in Russia’s invasion of Ukraine, according to an EU analysis.

It should have been impossible to do so owing to an EU embargo that banned selling arms to Russia following the 2014 annexation of Crimea.

Last month, it was discovered that France, Germany and Italy used a loophole in the ban.

They were just three of at least 10 EU member states to export almost €350million (£293million) in equipment that included missiles, rockets, guns and bombs.

It was reported by The Telegraph that 78 per cent of this total was supplied by French and German firms. 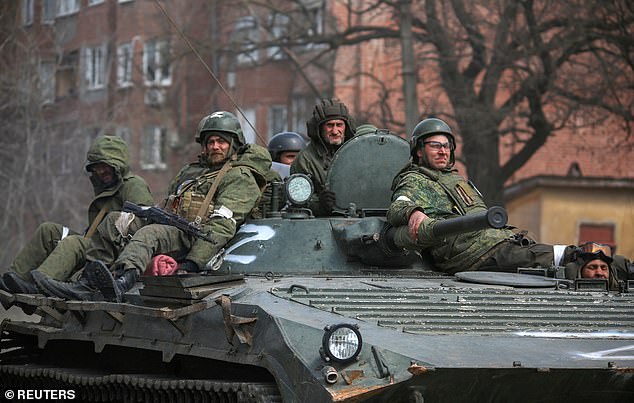 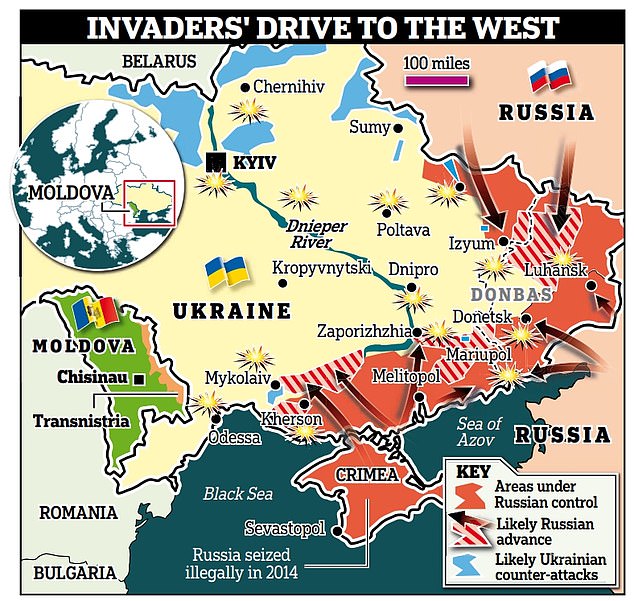 The EU banned ‘the direct or indirect sale, supply, transfer or export of arms and related material of all types, including weapons and ammunition, military vehicles and equipment, paramilitary equipment, and spare parts therefore, to Russia’ eight years ago.

However, countries were able to sell hundreds of millions of pounds worth of kit to Russia despite the ban using a backdoor technicality that permitted contracts signed before August 1, 2014, or additional contracts that would help conclude those deals.

France was responsible for making €152 million in sales as part of 76 export licences.

Earlier this month, it was revealed that the European Union had sent almost €1billion to Russia each day for energy since the war in Ukraine began.

German Chancellor Olaf Scholz has faced sharp criticism for failing to deliver heavy weapons to the besieged country, such as tanks and howitzers, to fend off savage Russian attacks.

The leader said he feared that providing Ukraine with tanks could spark a nuclear war. 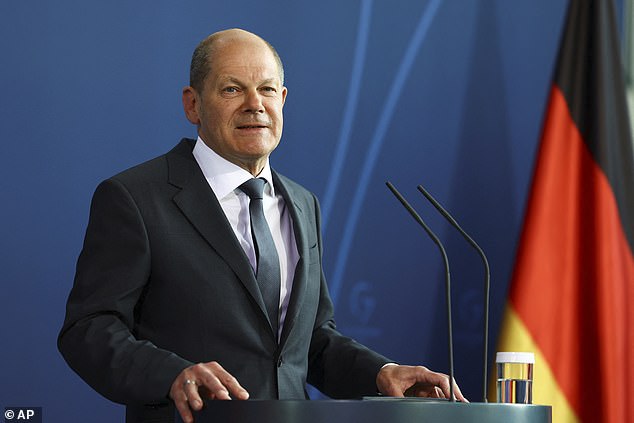 Other Western allies have stepped up their military shipments to Volodymyr Zelensky’s forces but Scholz has held firm in his bid not to upset Vladimir Putin.

Instead, on Tuesday, he said Germany would provide Ukraine with £830million to buy their own weapons.

Asked in an extensive interview published on Friday why he thought delivering tanks could lead to nuclear war, he said there was no rule book that stated when Germany could be considered a party to the war in Ukraine. 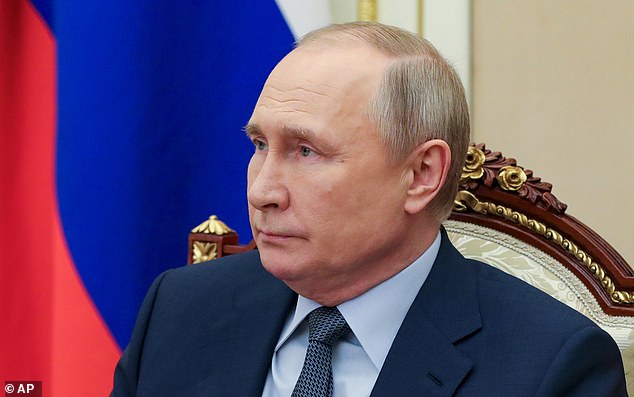 The deputy commander of Russia’s central military district, Rustam Minnekayev, said Russia planned to forge a corridor between Crimea, the Black Sea peninsula which Russia annexed in 2014, and the Donbas in eastern Ukraine.

The suggestion by a senior Russian official that Moscow needs to defend supporters in a nearby country is a chilling echo of its previous justification for invading Ukraine.

It would mean an extended war to the west of annexed Crimea, where Putin’s sea power is diminished after the sinking of the Moskva.

Russian forces already occupy most of the territory there and, as Western officials have conceded, they are in a position to achieve their military objectives. 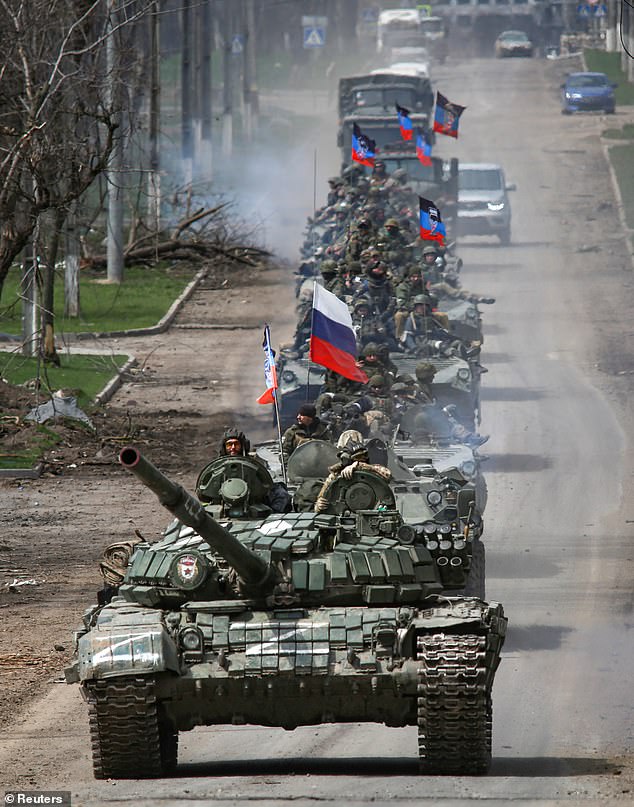 Boris Johnson said the UK is looking at sending British tanks to Poland – after it was revealed Ukrainian troops are in Britain being trained for the first time since the start of the Russian invasion.

Speaking during a news conference in New Delhi, where he held talks with Indian Prime Minister Narendra Modi, the Prime Minister today said the Government was contemplating sending Challenger 2 tanks to eastern Europe to replace Soviet-era T-72 tanks the Poles are shipping to Ukraine.

Mr Johnson told reporters: ‘I think perhaps what I haven’t said publicly before is we’re also looking more at what we can do to backfill in countries such as Poland who may want to send heavier weaponry to help defend the Ukrainians.

‘So we’re looking at sending tanks to Poland to help them as they sending some of their T-72s to Ukraine.’

The Challenger 2 tank has been the mainstay of the British Army since the 1990s and saw action in the Iraq War. The 64-tonne vehicles are due to go out of service in 2025, but the Army still has a fleet of more than 200. 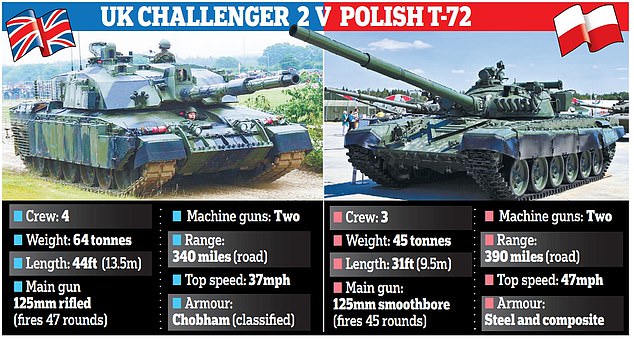 The Challenger 2 tank has been the mainstay of the British Army since the 1990s and saw action in the Iraq War. The 64-tonne vehicles are due to go out of service in 2025, but the Army still has a fleet of more than 200 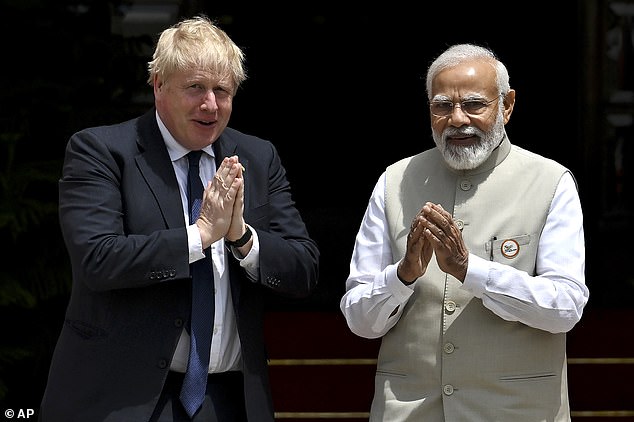