Doomsday preppers pipe dream: Off-the-grid fortress in the middle of the Nevada desert, three hours away from Las Vegas, goes on sale for $950,000 – and comes with TWO vintage organs

An huge fortress spread over 8,000-square-feet and set on 40 acres of land in the Nevada desert some three hours drive away from Las Vegas could be yours for $950,000.

The home, which has been nicknamed, the Hard Luck Castle has four-bedrooms and three bathrooms.

The fortress is most unusual with a design that is more akin to a science-fiction film set than a secluded hideaway.

Its walls along are 16 inches thick and are built around the home in a perfect circle with a spiral staircase allowing residents to access all four floors. 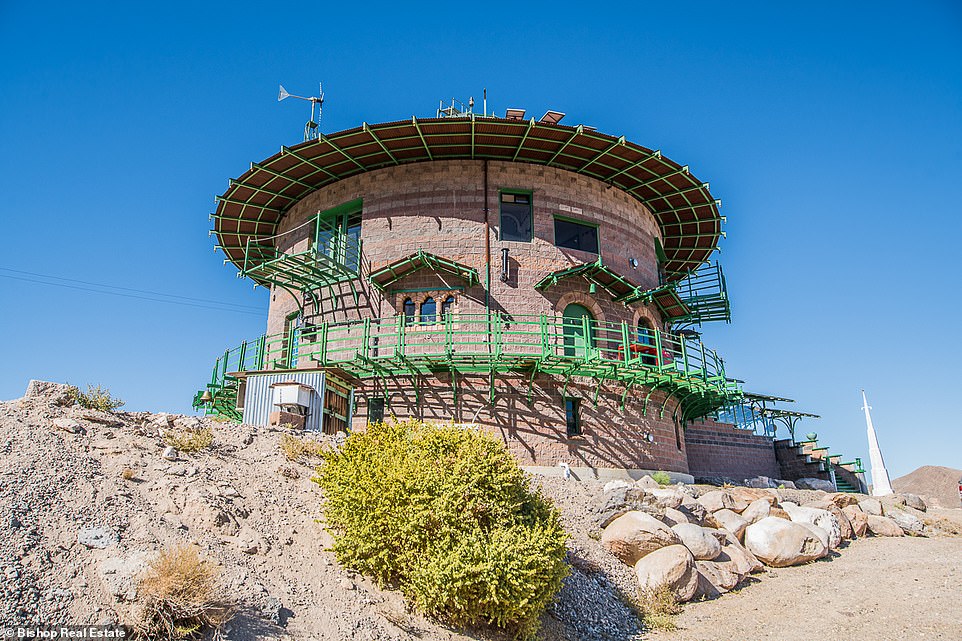 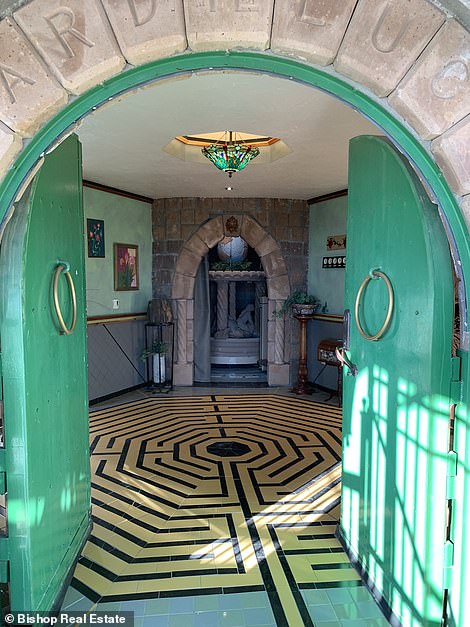 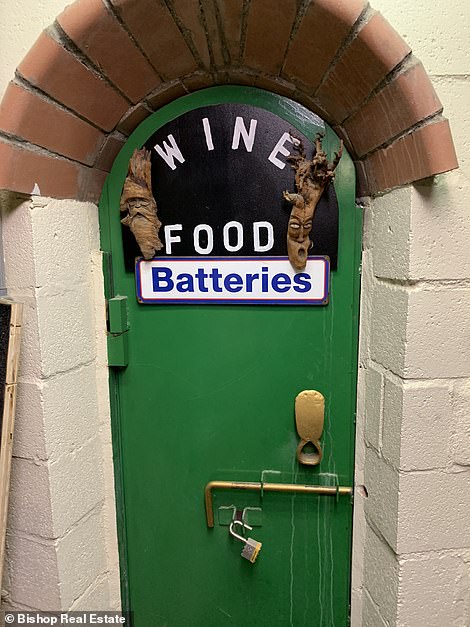 The property is an enormous, privately owned fortress with 16-inch-thick concrete walls and self-sustained energy systems using solar and wind, and with a 4,000-gallon water storage/rain catchment system 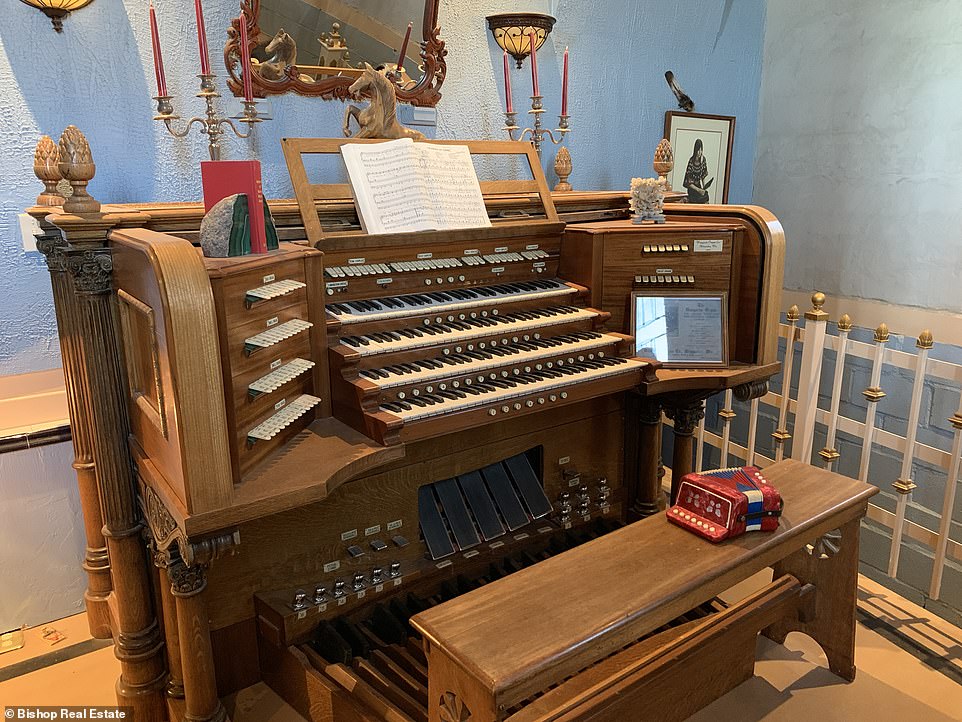 The owner has added two enormous, vintage pipe organs which resonate through the halls when played 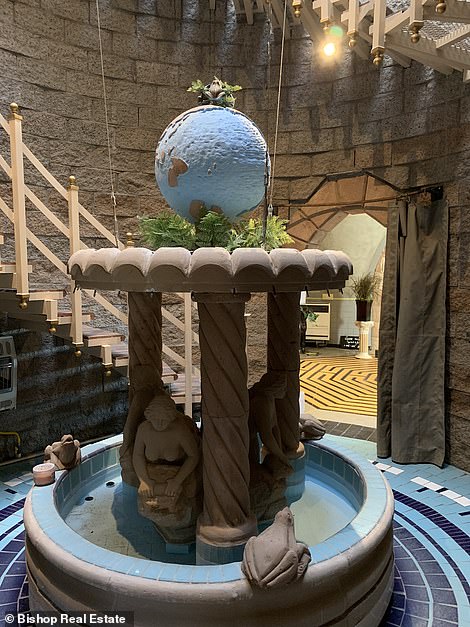 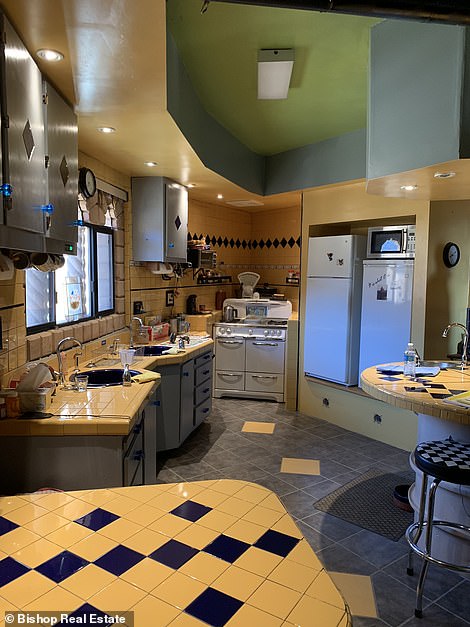 The castle is owned by Randy Johnson, a former builder and craftsman who lived in Southern California and Lake Tahoe

The main house is made up from 22 rooms that include a theater, wine cellar and games room. There is even a pipe organ build in the 1920s that blasts notes throughout the home when played according to SFGate.

The former owner was a builder from Southern California who decided to settle down in the tiny town of Gold Point in Esmeralda County.

Just six people live in was is essentially a ghost town. Naturally the home comes with privacy and very few laws for the private land.

It took $3 million and more than a decade for the homeowner to complete his plan – and now he feels that it is time to move on.

‘He built it all himself with help from friends ,’ says listing agent. He’s a guy who can fix or do anything. He’s an amazing craftsman, but he’s ready to give up the property. Purchase a boat and start a new chapter in his life.’ 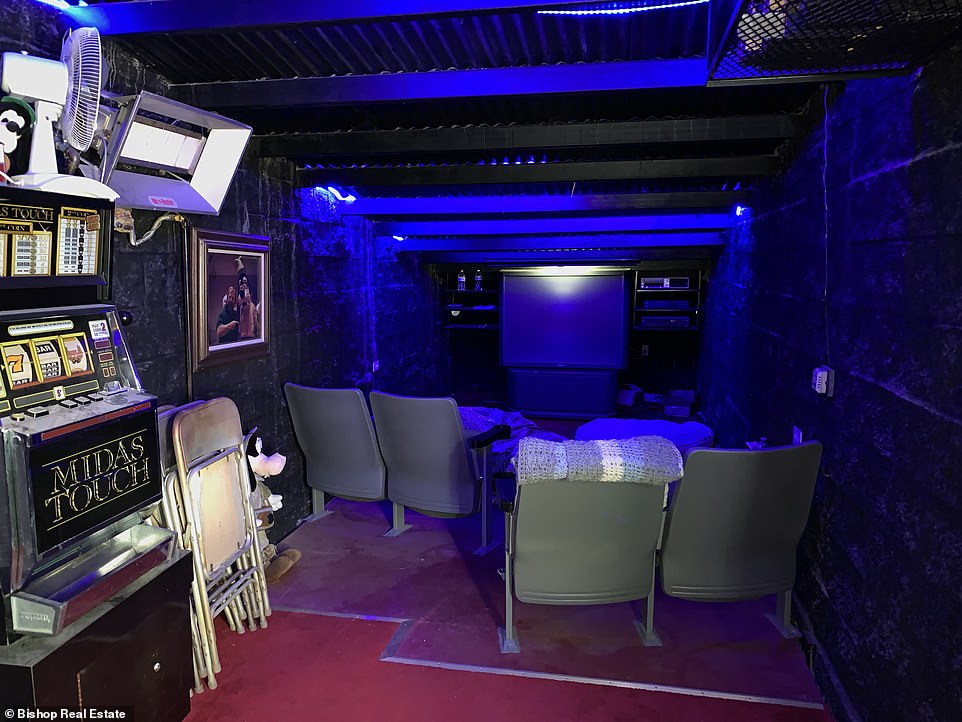 The castle is completely self sustaining and off the grid. Power comes from batteries charged by solar and wind energy to power the home theater and Vegas-style slot machine 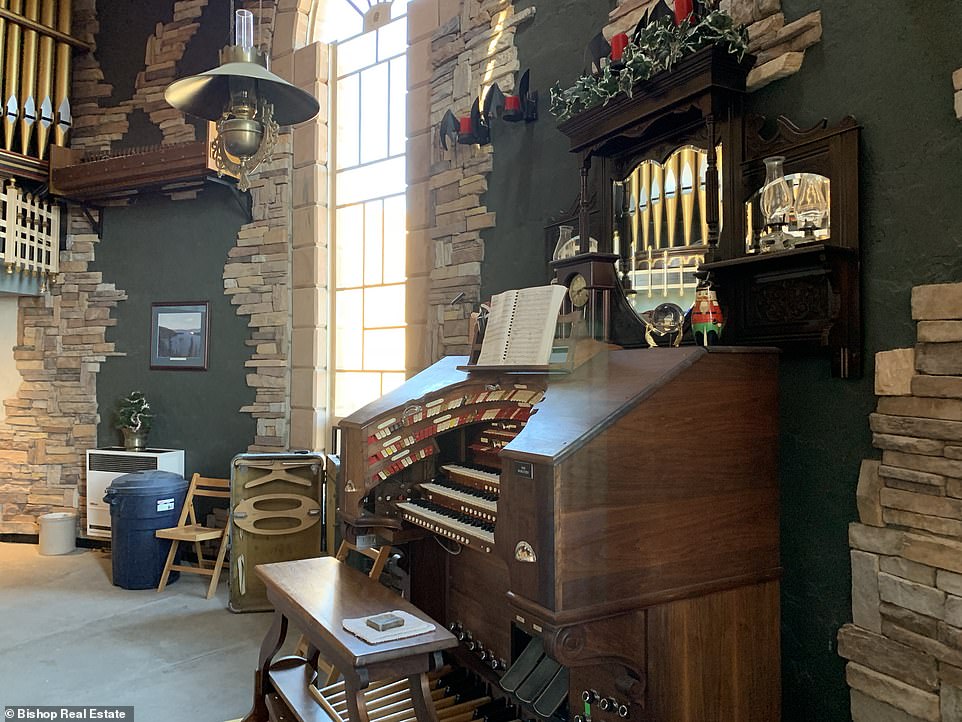 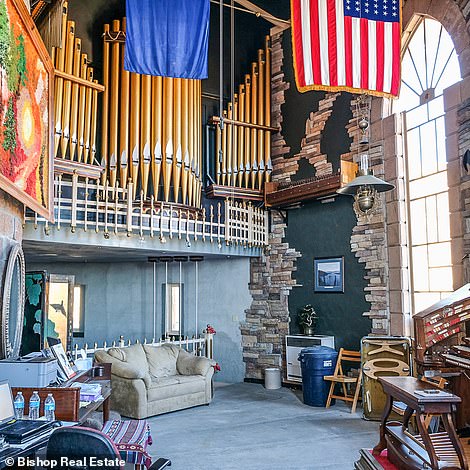 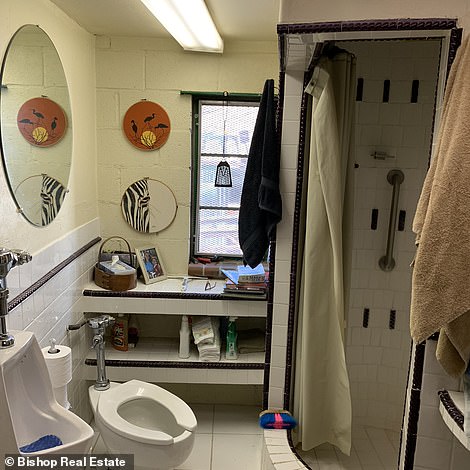 The pipes of the organ dominate the decor in the home, while the bathroom looks distinctly ordinary 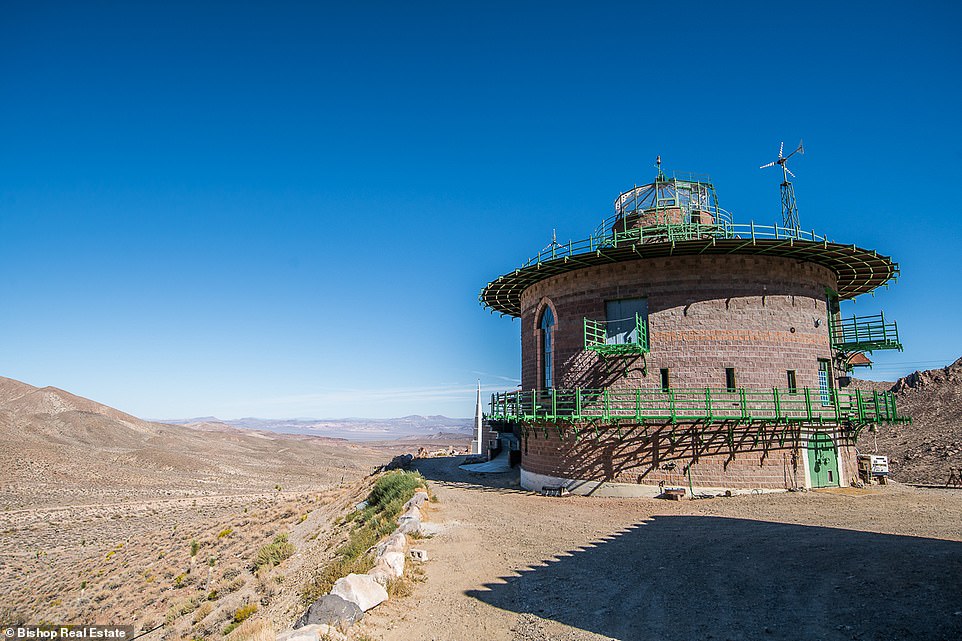 Hard Luck Mine Castle is surrounded by nothing but the Nevada desert for miles. The home is located at 6,000 feet atop Gold Mountain 35 miles south of Goldfield, Nevada 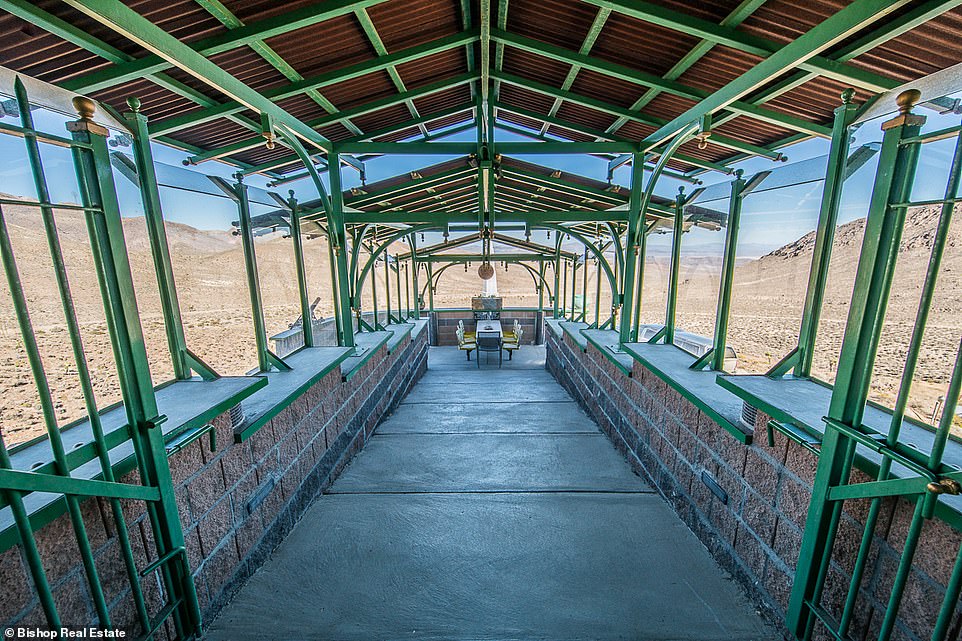 The Hard Luck Castle was constructed between 2000 and 2012 with engineering that is designed to last 400 to 500 years, according to the property listing 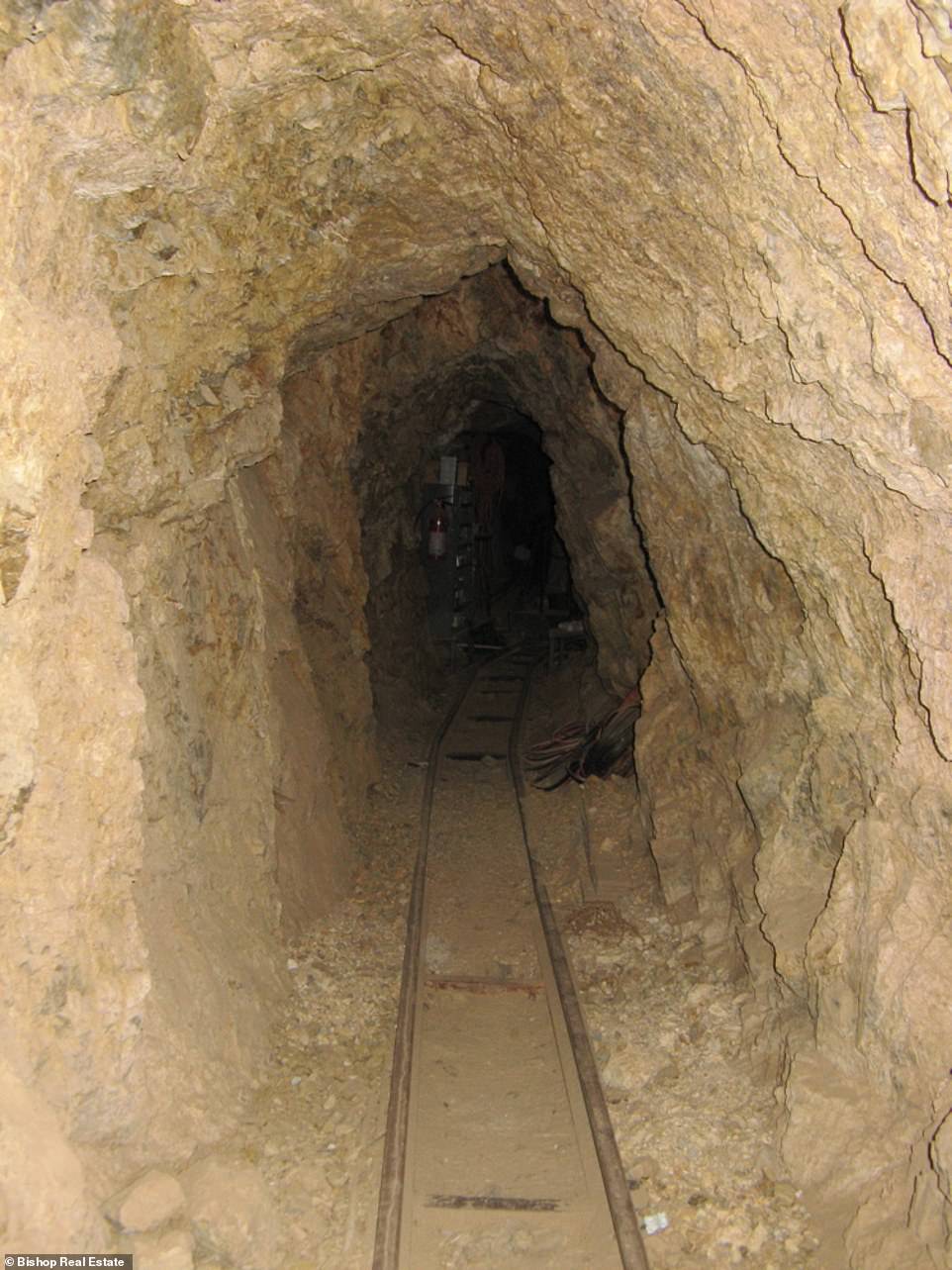 The property also comes with a gold mine, which was closed at the end of WWII but is ‘still high in gold content’ 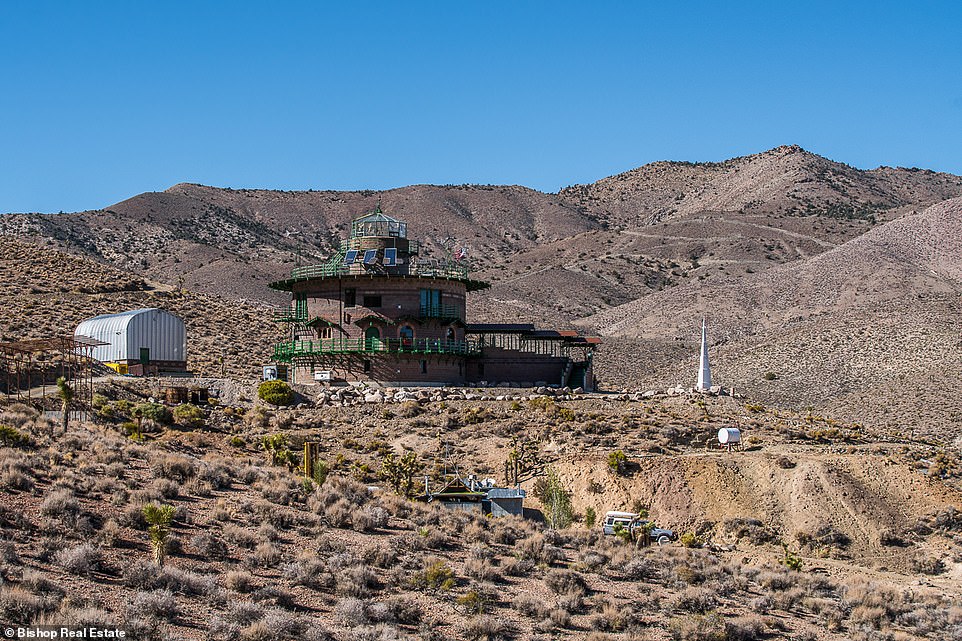 The Hard Luck Castle was constructed between 2000 and 2012 with engineering that is designed to last 400 to 500 years according to the listing.

It’s made from steel, concrete, cinder block and glass. More than seven tons of rebar and 24,000 bricks were used to build the castle.

The property is completely off-the-grid with electricity generated using solar and wind power. Water comes from a 4,000 gallon storage tank that collects rainwater. 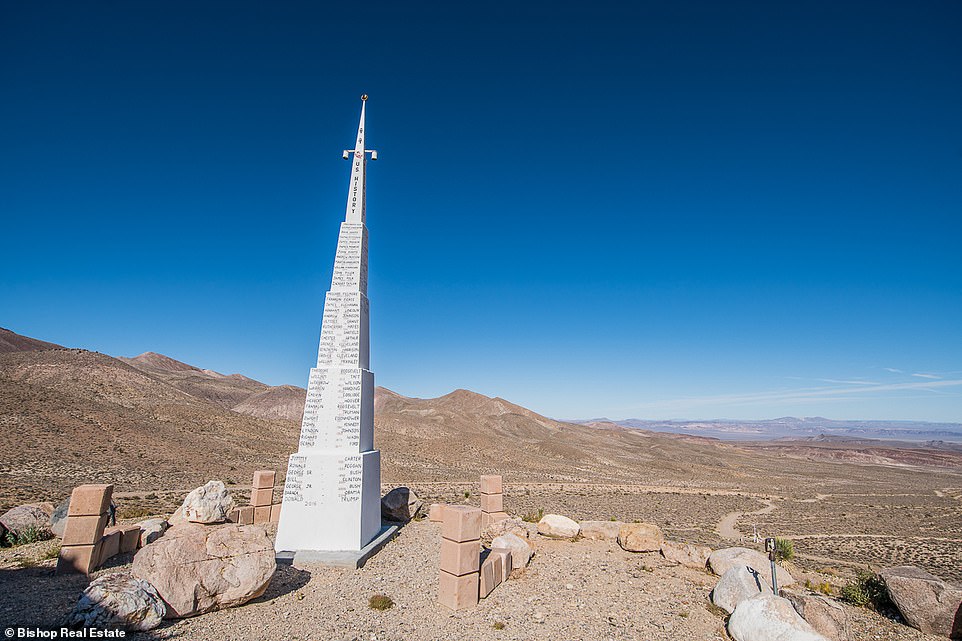 In front of the Hard Luck Castle, there is a tall, white compass. Each of the presidents names are listed in descending order 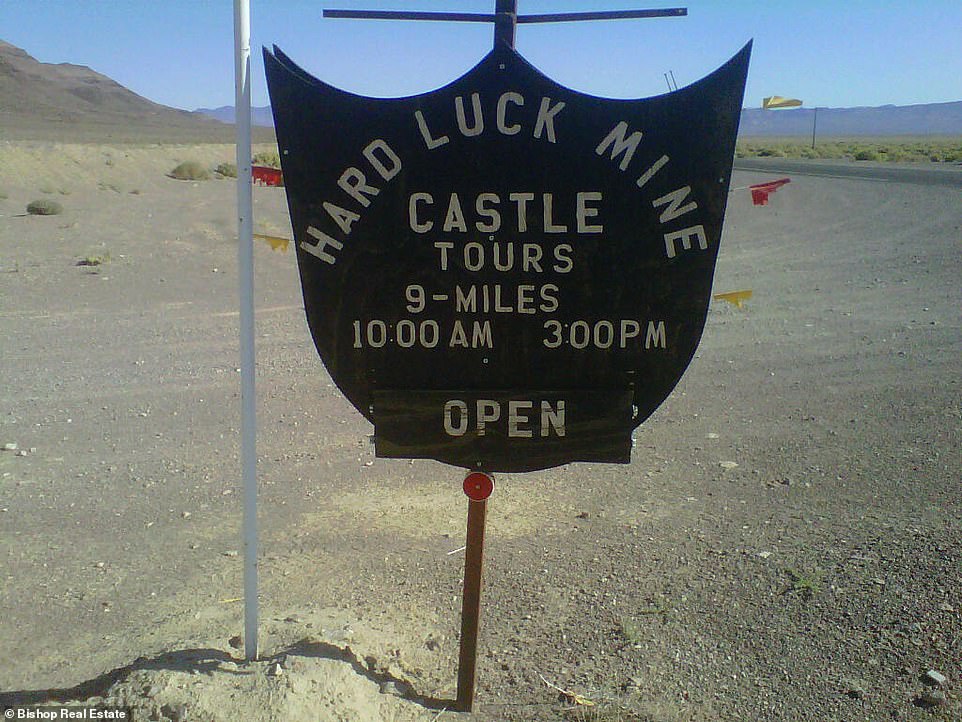 Although it is miles away from anywhere, interested people can view the home for a $10 fee and receive a guided tour 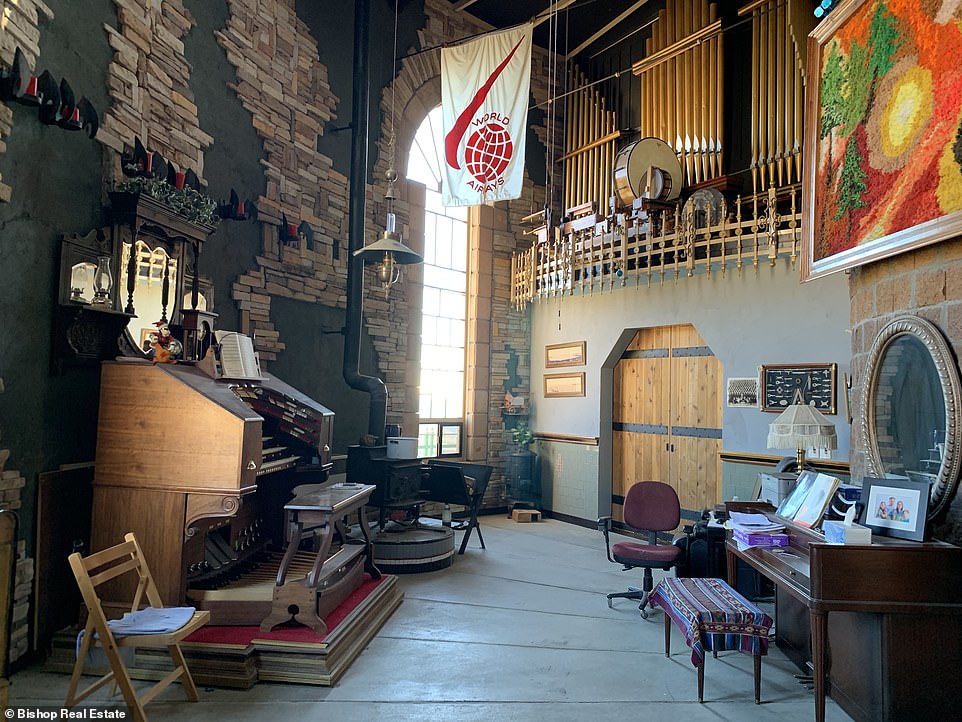 The Hard Luck Mine is a unique property that can provide for an escape, retreat, or remote compound for any individual or group desiring the ultimate in remote privacy and looking to disappear from society 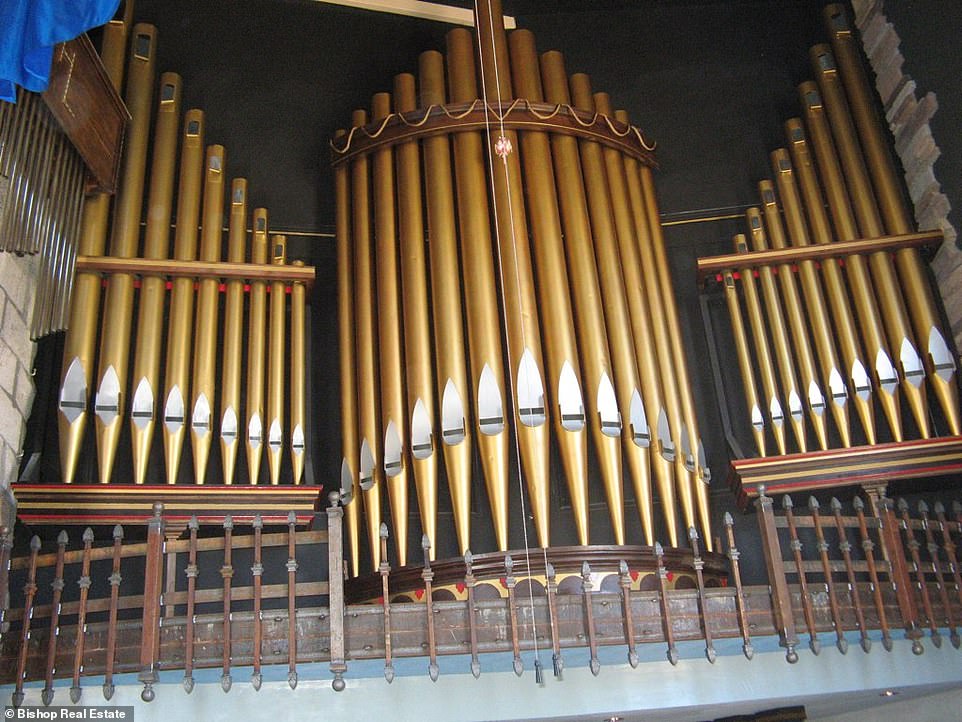 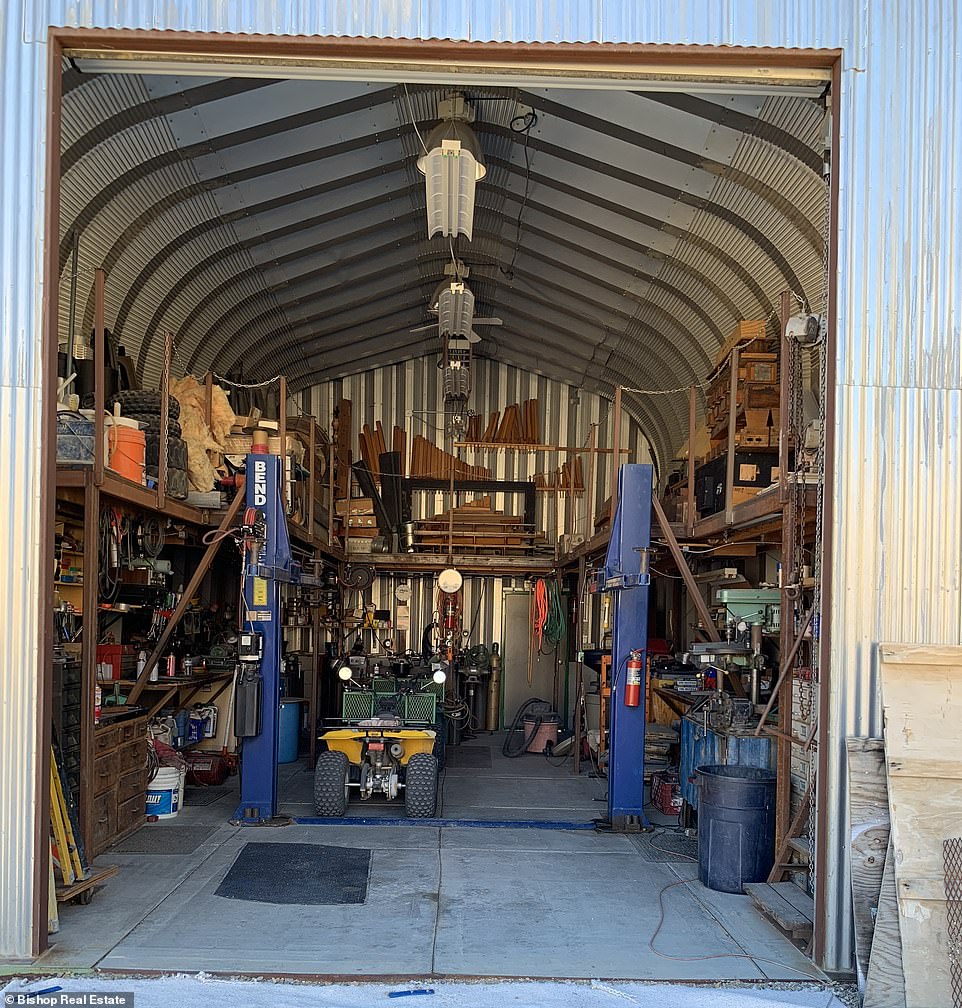 Also included in the residence is a 600-square-foot workshop complete with tools. There is even a dormant gold mine close by which, according to legend, still contains gold.

‘In a lot of ways, it’s a ‘doomsday prepper’ dream home…extremely self-sustaining and secure.’

Rasmusson told SFGate that he could see ‘an astrologist, an artists, a writer, a musician, a poet, someone who really wants peace and quiet and wants two pipe organs in their home’ taking up residence in the future.