Teacher at £12,000-a-term Clifton College is banned from the classroom for life after having sex with girl pupil during one-year relationship nearly 20 years ago

A public school teacher has been struck off for life by the teaching watchdog after he had sex with a pupil nearly 20 years ago.

Stuart Blan began teaching at Bristol’s £12,000-a-year Clifton College in the 1994, where for six years he was a science teacher and assistant housemaster.

He then moved to Canford College at Wimborne Minster in Dorset for four years where he was a physics teacher and hockey coach before returning to Clifton College where he had sex with a female pupil known as ‘E’ between 2004 and 2005.

He then moved to the United Arab Emirates where he was a science teacher at the British School Al Khubairat (BSAK).

A Teaching Regulation Agency disciplinary panel heard that while at Clifton College in Bristol that weekly training sessions became ‘flirtatious’.

On one occasion Blan and the girl stopped in woodland and kissed in his car, and later they ‘snogged’ at school. 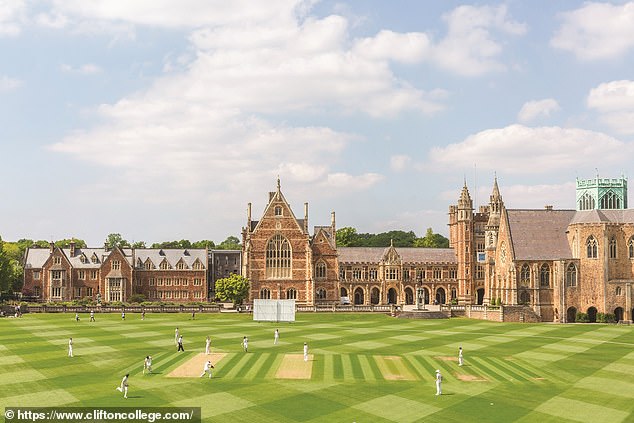 Mr Blan began teaching at Bristol’s Clifton College in 1994 where for six years he was a science teacher and assistant housemaster. He later returned after a brief stint at a school in Dorset

Soon after they had full sex while he taught at the school and the relationship continued into 2005.

The panel rejected his claim that the sex did not happen while he was still teaching there and they also ruled his conduct was sexually motivated.

He admitted being unprofessional in the way he treated pupils and the way he spoke to them.

He also failed to tell the UAE school that he had previously worked at Clifton College in 2004 which lacked integrity.

The panel ruled he breached boundaries by having sex with a pupil and believed he would be a risk in the future.

Blan was banned from teaching for life.