Former RAF man, 70, and his partner who were so fed up with their neighbours’ security light they spent six months shining a powerful torch into their home are hit with a restraining order 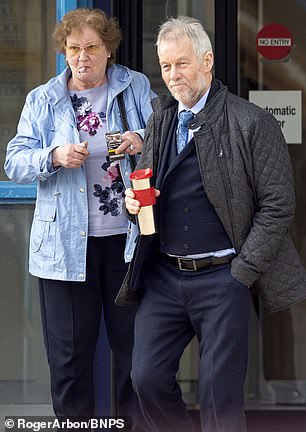 Former RAF serviceman David Barnatt, 70, and partner Jeanette Obertelli, 66, pictured, have been handed a two-year restraining order for shining a powerful torch through their neighbours’ home for six months

A couple who spent six months shining a powerful torch into their neighbours’ home due to a row over a security light have been slapped with a restraining order.

Former RAF serviceman David Barnatt, 70, and partner Jeanette Obertelli, 66, were ordered to keep away from Simon and Alison Morgan for two years after the dispute over their outdoor light span out of control.

Poole Magistrates’ Court heard Barnatt and Obertelli were ‘fed up’ with the light because it ‘shone from dusk til dawn’.

They began the harassment by aiming the torch through the windows of their neighbours’ home while walking their dog at night.

The beam was so bright it woke up Mrs Morgan’s 20-year-old son around 70 times as the light streamed through his bedroom window.

The victims resorted to putting up blankets and dressing gowns over the window before they installed blackout blinds.

Barnatt and Obertelli, who live opposite the Morgans in Charlton Marshall, a village near Blandford, Dorset, denied a charge of harassment but were found guilty following a trial.

Magistrates handed the pair a restraining order that prevents them from contacting their neighbours for the next two years. 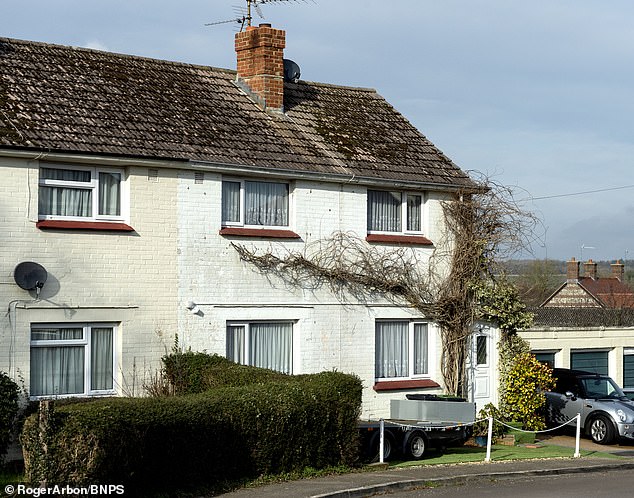 They installed the security light and CCTV on the advice of police after their car was vandalised in 2017.

But their neighbours claimed their light shone on to their property.

Obertelli also took offence at the prospect of being filmed by the CCTV.

He said: ‘The complainants live around 50 metres away from the defendants on the opposite side of the road.

‘They had CCTV cameras on the side of their house with an external light.

‘The defendants had been shining their torch at the house in protest at this CCTV. They were not happy about it.’ 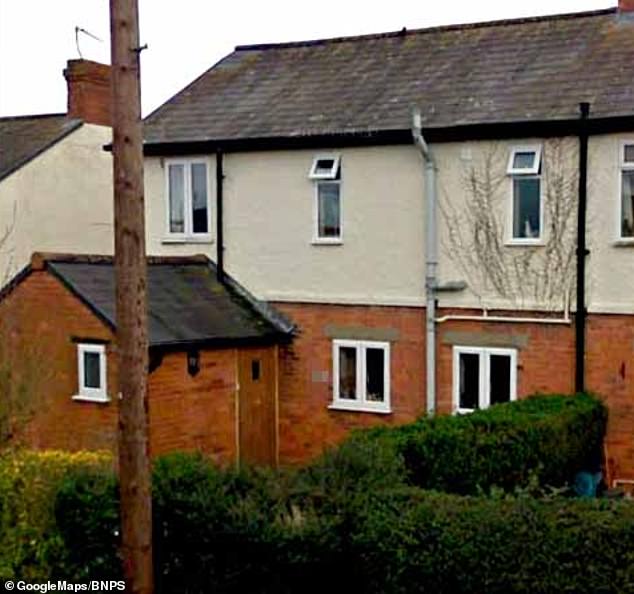 Barnatt and Obertelli shone a powerful torch through Simon and Alison Morgan’s home, pictured, in Dorset, waking up their eldest son 70 times

CCTV footage taken from the Morgans’ four cameras showing the torch being shone into their property was shown to the court.

Mr Morgan, who is aged in is late 40s, added: ‘The torch is so bright and powerful it is like someone has turned the bedroom lights on.’

Barnatt claimed he had not aimed the torch beam through the windows but in front of him when he walked their dog Yogi.

Obertelli claimed she shone the torch into her face to avoid it being picked up by the CCTV.

She also said it was not in her nature to be vindictive.

She added: ‘I was not shouting, swearing or gesturing at any point – I’m not a fishwife.’

But their version of events was rejected by magistrates.

The couple were also ordered to pay the Morgans £100 each in compensation as well as £1,800 in fines and court costs. 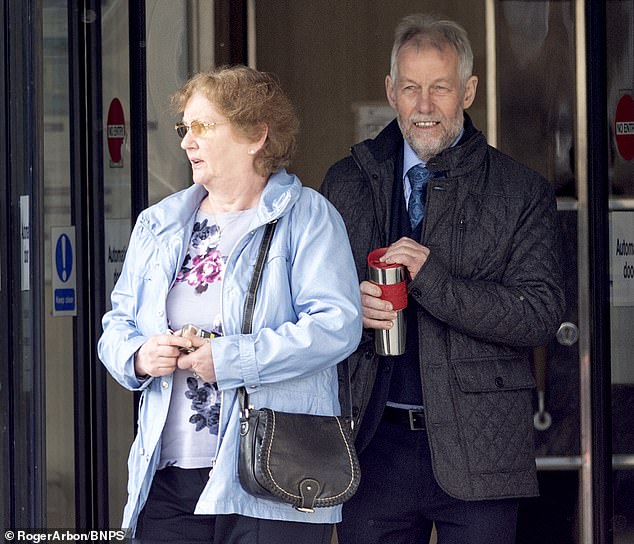 The couple were also ordered to pay £100 compensation each to the Morgans along with fines and court costs of £1,800