WARNING: Aboriginal and Torres Strait Islander readers are advised that the following story contains images of a deceased person.

Cassius Turvey has been remembered as someone who touched the hearts of everyone he met during his short life.

A friend to everyone and a gentle soul with a smile that could light up a room were just some of the ways the “born leader” was remembered by family, teachers, mentors, community leaders and peers. 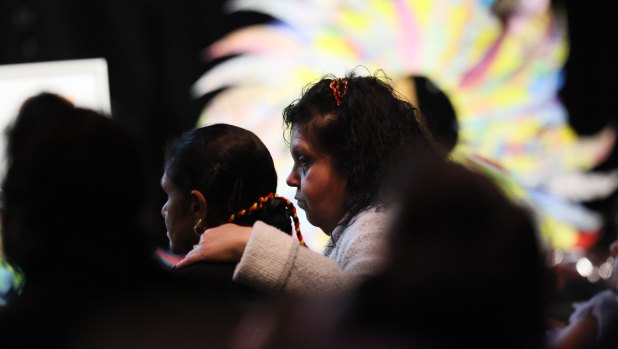 “When he spoke to you it was like you were the most important person in the world,” Swan View Senior High School principal George Sekulla said.

“What a wonderful boy that he was.”

Others described Cassius as an empathetic, selfless, incredibly respectful person who loved to dance and play basketball.

“He had the friendliest eyes you could ever look into,” said Karla Hart, from Beatwalkers Hip Hop.

“He had a maturity about him well beyond his years and he was so incredibly respectful.

“His joy just rubbed off on you and you could turn a bad day into a good day because he always made us laugh.”

While his mum Mechelle Turvey did not speak at the service, she was given multiple mentions by others as someone who should be commended for raising a boy who brought so much joy to others.

The Noongar Yamatji boy was allegedly murdered in a case that sparked national outrage, with Prime Minister Anthony Albanese saying the attack was “clearly racially motivated”. 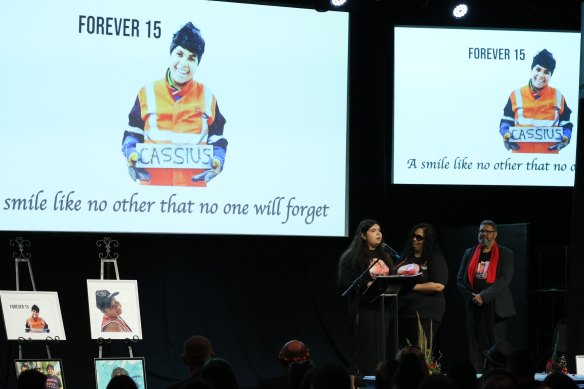 Saraia Radcliffe said she would forever be broken after losing Cassius.Credit:Trevor Collens, AAP

Country music singer Troy Cassar-Daley pre-recorded a video message to Cassius’ friends and family that was played at the end of the service, speaking of the impact the teenager’s death had on people across the country.

“I’m thinking of you Cassius and lots of love to everyone over there in Western Australia,” Cassar-Daley said after performing his song, Make the Most (Of Every Day With You).

A song, Forever 15, has also been produced in memory of Cassius by singers and rappers across the country featuring beats by Cassius, with vocals from family members.

The song was played for the first time at his service and will be released on Monday.

“You were everything to me, you were a part of me.

“I love and miss you Cassius.”

While the service was kept private for friends and family only, the general public were invited to watch on a livestream recording.