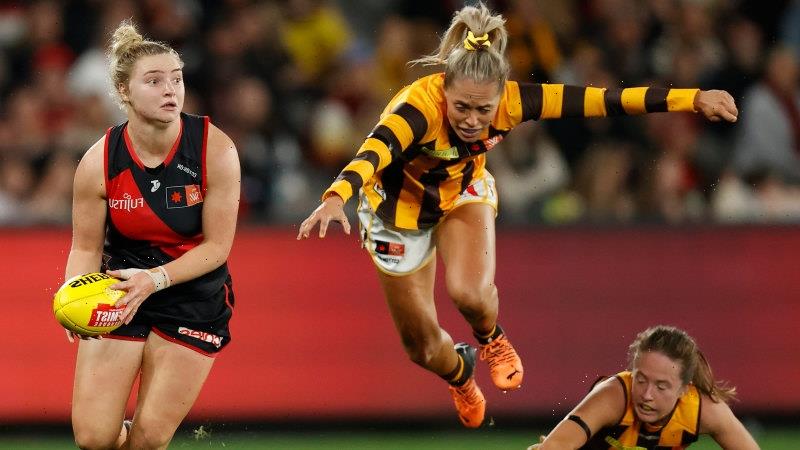 My car turned into a time machine the other day. One minute, I was burning along, wondering if the Keto diet works and whether facial massage is just for the French, the next, it was as if I’d passed through a space-time continuum.

I love AFL so was listening to Triple M, where commentator and former North Melbourne footy club president James Brayshaw was holding court to Gold Coast Suns’ star Touk Miller on how to have a ripper time at the Brownlow.

This year football’s so-called night of nights has been brought forward a day to Sunday to avoid a clash with the televising of the funeral of Queen Elizabeth 11 on Monday. 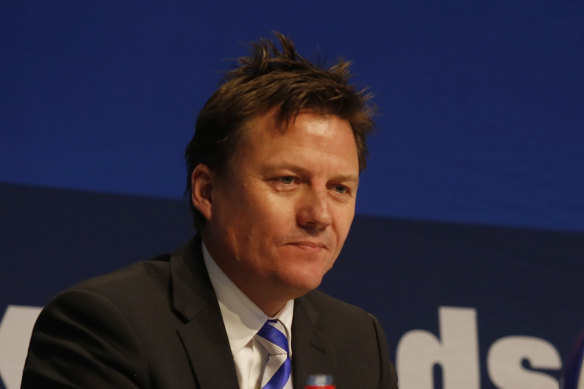 Specifically, Brayshaw was giving Miller the heads-up on how to keep his good lady wife sweet on the glitzy evening where the partners rival the players for media attention. His advice: give her as much money as she wants for her outfit. No questions asked. Then lay on a decent bottle of bubbles to crack when she’s having hair and makeup done.

Woah. I had to check the liver spots on my hands to make sure I was in real time. Because it felt like it was 1983, I was 16 again and back in my first job in the credit office at Myer Knox City on Friday nights and Saturday mornings.

Among other duties – selling BASS tickets, handling laybys –I processed the applications of people buying Lladro figurines or TVs on hire-purchase. There was one rule: if women applied for credit, they needed a man to go guarantor. Men could buy stuff all by themselves.

Brayshaw’s advice took me right back to that prehistoric world of not-so-casual sexism, where women relied on the permission of their menfolk to buy a nice blouse. Where pin money was doled out by the provider for services rendered at home. Where women don’t make and spend their own money.

His advocating of the need to have your partner half cut – so they’re in the right mood to be an ornament for the night – also got on my goat. Possibly, he sees sorting a drink as manly largesse so girls can have fun. James, sweet thought, but I assure you, given we can make humans, we can handle putting on lippy and talking to your mates without Dutch courage.

Of course, the AFL has long been a bastion of masculinity, and Brayshaw would probably defend his point of view as a chivalrous rewarding of WAGS for the absences and self-obsession they put up with. Lord knows they deserve recognition. But in 2022, with the AFLW now truly kicking into high gear, it seems anachronistic at best.

Have you seen a match this latest AFLW season? The play is tough, uncompromising, skilful. The players are hard-working and talented. They’re strong, modern women who are far more likely to dish out a ruthless tackle than get a handout for a dress. It’s about champagne footy, not sidelines Chandon.

The Essendon versus Hawthorn game a couple of weeks ago was true line-in-the-sand territory, complete with quarter-time melee, midfield brilliance, bruising clashes, and lightning passes. This is the frontline face of women in footy – rolling with the (real) punches. Bringing the steel. And bringing the fans. One of my sons texted during the match: “You watching this?” It didn’t need clarifying. Just such good footy. 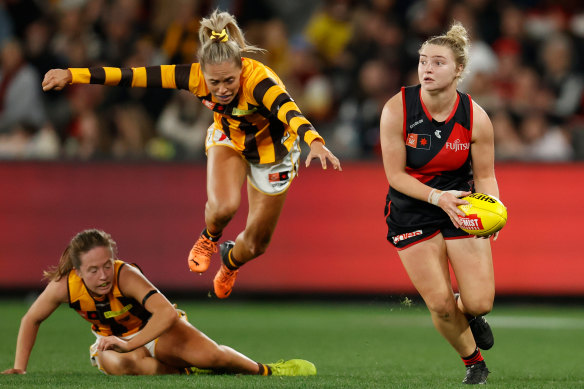 The WAFL clash between Essendon and Hawthorn was champagne footy.Credit:AFL Photos

Five years on from its sell-out first match, the 18-team comp has an audience of more than one million attendees and two million viewers. It’s no fluke. Seeing tough women take charge is more than entertaining. It’s inspiring.

When Alex Fevola stepped up for a Q&A session at a Melbourne lunch last week, I expected she’d be peppered with questions about her private life with AFL bad boy turned broadcaster Brendan Fevola.

Not a one. Alex spoke for nearly half an hour purely about her beauty brand, which she plans to take global. The CEO and founder talked business models, sales strategies, working six days a week.

Bravo. My bet? She buys her own clothes.

The Opinion newsletter is a weekly wrap of views that will challenge, champion and inform your own. Sign up here.