New-employee orientation at Milk Bar is a little like the first meeting of a support group devised by Tony Robbins and Willy Wonka.

The 30 people sitting on folding chairs were in for a treat on this January morning in Williamsburg, Brooklyn: an appearance by Christina Tosi, who a decade ago conjured up the first Milk Bar bakery out of not much more than glitter, plywood and the brilliant idea of making soft-serve from the milk at the bottom of a cereal bowl.

When the time came to share a personal fun fact, Ms. Tosi volunteered that she had started making lanterns out of Popsicle sticks. Then everyone watched the company’s sizzle reel: Ms. Tosi riding a bike through the city. Ms. Tosi discussing failure. Ms. Tosi making the cakes with no side frosting that have become so popular the model and cookbook author Chrissy Teigen documented her attempt to make one for her 33 million followers on Twitter and Instagram. 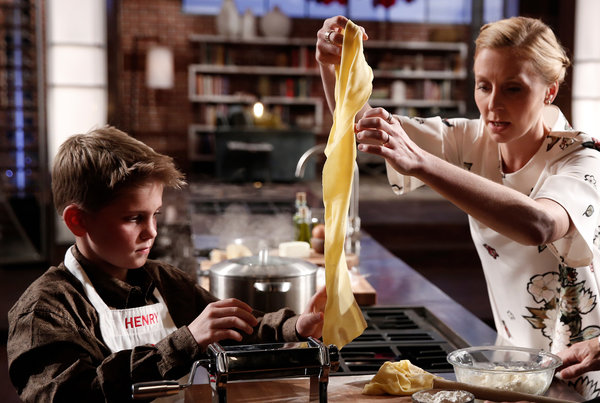 Next up were clips from her star turn as a judge on “MasterChef Junior,” the Fox show whose seventh season begins on Feb. 26, and the seminal moment in 2009 when Anderson Cooper swooned over her famous Crack Pie on “Live With Regis and Kelly.”

Then they reviewed handouts of the company’s mission statement. Ms. Tosi read the last few lines aloud: “Dessert! Baked goods! Me! You! We are the conduit for it all. Milk Bar is Magic. Milk Bar is a movement.”

Milk Bar is also a brand that QSR magazine, the trade journal for quick-service and casual restaurant chains, just named one of the most innovative fast-casual start-ups in the country.

The 16th Milk Bar opened in Cambridge, Mass., on Feb. 2 to a line three blocks long. This week, they moved the company headquarters from a Williamsburg basement to a fancy building in Manhattan’s NoMad neighborhood. The number of employees has jumped by 70 percent in the past year, to 381. Ms. Tosi has installed an almost all-woman management team led by Sujean Lee, a former senior vice president at Chobani.

Later this year, Ms. Tosi’s most ambitious project will open in the Ace Hotel. Her New York flagship store will have a build-your-own-dessert station and a curated mini bodega. She’s paying for it with some of the more than $10 million from RSE Ventures, an investment firm founded in part by the vice chairman of the Miami Dolphins, Matt Higgins, who also stars on “Shark Tank.”

All of this is head-spinning, especially for New Yorkers who remember waiting in line at the first store in the East Village, hoping the compost cookies weren’t sold out.

Ms. Tosi, 37, is an introvert in overalls who carries math problems in her purse, along with embroidery thread to make friendship bracelets. Now, she has to figure out how to maintain the Milk Bar magic while running a multimillion-dollar business.

“Growing fast feels like selling out, but I realized if we controlled the growth it could be really cool, too,” she said during a 12-hour day of trainings, tasting and meetings.

She knows at least one thing: She doesn’t want a Milk Bar on every corner, like Starbucks. “I sat with it and lost a lot of sleep over it and finally I was just like, ‘That’s just not what we are,’” she said.

Still, there is no lack of ambition in the Milk Bar universe. People who manage the brand talk about making Milk Bar a verb, like Google or Uber, so at 2 p.m. someone might turn to a co-worker and say, “Let’s Milk Bar it!” and head out for cookies.

“We want to tap into the person who is like, ‘I just want to live my truth in my own weird, quirky way,’” said Sarah Tabb, the senior director of marketing, who spent six years as a brand manager for Coca-Cola.

Ms. Tosi plans to open Milk Bars in cities where there’s already a fan base, including Chicago and Miami. The company is upgrading its e-commerce, which is about a third of the business.

Then there is her holy grail: the grocery store. As someone with roots in central Ohio who grew up on hot dogs, Doritos and ranch dressing, she is a deep fan of packaged food, and the supermarket remains an inspirational touchstone. Milk Bar desserts on the shelves of America’s suburban grocery stores, she said, are her gift to children looking for creative inspiration in a sea of mass-market blandness.

But building an empire comes with a challenge familiar to many niche food entrepreneurs riding a growth spurt: “How do you do that,” she said, “without being like any other hockey-stick white dude?”

Ms. Tosi may be the unicorn that can, said Doug Quint, a founder of Big Gay Ice Cream, another only-in-New York brand that began just after Milk Bar and also is expanding.

“It takes a little time before you realize her genius,” he said. “It’s all so deep in her, she doesn’t even recognize it.”

One hurdle on her way up was changing her relationship with David Chang, the chef who first hired her to handle office business and later made her pastry chef for his Momofuku restaurants. He knew she wanted to open her own bakery, and gave her the seed money to do it.

For years, the bakery has operated independently of the Momofuku empire, but Mr. Chang remains a business partner. As Ms. Tosi sought more autonomy for herself and Milk Bar, there were arguments and frustration.

“She was becoming her own thing, and I didn’t know how to deal with it,” Mr. Chang said in an interview. “I wouldn’t say it was rough, but we didn’t have any reference points. I don’t think we knew how to talk to each other as business people.”

Both describe their relationship, then and now, as brother-and-sister. She still seeks his advice, which he now gives only when asked. “Telling her something head-on isn’t the right approach,” he said. “No one wants to tell Tosi she’s wrong.”

She remains one of the boldest, most ambitious people he knows. “Always bet on Christina,” he said.

Ms. Tosi credits her upbringing for her determination. She wasn’t allowed to say, “I can’t” or “I’m bored.” Her mother was a no-nonsense accountant who still makes her signature headscarves by hand. Her father was an agricultural economist. They divorced when she was a teenager.

“We were always told, ‘Be yourself and do what’s right and do your best,’” said her older sister, Angela Morrison. But Ms. Tosi was particularly driven.

“Sometimes I tell her, ‘Christina, not everyone is you,’” she said.

To watch Ms. Tosi in action is to understand focus at a new level. She samples every type of cookie and batch of soft-serve when she walks into any of her stores, noting in an instant if the batter was overmixed or if the soft-serve temperature is off. Earnest test-kitchen bakers present her version after version of new products, each gram of salt, fat or flavoring precisely calibrated.

The day of the orientation, Anna McGorman, the director of culinary operations, was taking another swing at a chocolate Milk Bar birthday cake. It was still a miss, albeit barely. The cake was chocolate, but it tasted too much like yellow cake and not enough like birthday cake. Ms. Tosi suggested more dark vanilla to balance the “creamy, dreamy vibe” of clear vanilla.

She knows her desire for perfection can be maddening. “I have too many opinions, and I like to know everything,” she said. “That slows me down a lot.”

Not everything Ms. Tosi touches is gold. She had to abandon plans to sell her line of fresh juice at the bakeries. Even though she likes to balance her daily cookie consumption with a green juice, customers didn’t.

Some people still find the term Crack Pie more offensive than cute, or at least inappropriate. To sell a packaged version at Target, she had to rename it Milk Bar Pie Mix.

Ms. Tosi has found a perfectionist partner in Will Guidara, who is growing his own empire, the hospitality group Make It Nice, with the chef Daniel Humm. Their flagship is Eleven Madison Park, considered one of the best restaurants in the world.

The two married in 2016, in a summer-camp-themed wedding that made the pages of People magazine and moved into a penthouse on West 19th Street, which they bought for $3.7 million. They remodeled it into a sleek blur of thick marble countertops and Gaggenau appliances. Her old furniture, much of it funky and secondhand, went to her offices.

To balance things out, she keeps a large family of plants she has nurtured from cuttings along the windowsills and an assortment of her favorite objets d’art, including her Popsicle-stick projects.

Mr. Guidara, 39, says his wife is the ideal mix of intensity and graciousness. “What’s amazing to me is, she hasn’t really changed in the most hilarious ways,” he said. She won’t let him buy her expensive treats like handbags, and prefers high-tops and jewelry she makes herself.

“It kind of drives me crazy,” he said.

She rarely eats at her husband’s restaurants. It’s too public, and the extra attention from the staff makes her nervous. “I want to go out and disappear,” she said.

Ms. Tosi says one of her few indulgences is travel, but sometimes it’s just an impromptu train trip to visit her mother and sister, who live near each other in Reston, Va. After years of scraping by on staff meals and $4 bodega sandwiches, having whatever she wants delivered seems like an extravagance, too.

“It’s this luxury of being like, ‘I’ll have dumplings as my appetizer and pizza as my main course, and then I have a bunch of cookies in the freezer,’” she said.

With her business in overdrive, life has become more complex. It’s a far cry from Milk Bar’s early days, when everything was Tang toast and sprinkles and D.I.Y., right down to its distinctive logo, which she created simply by typing the word “milk” in Brush Script Medium.

“Keeping the dream going is a different thing now,” she said. “How do you strip it back down to Brush Script Medium when you know too much?” 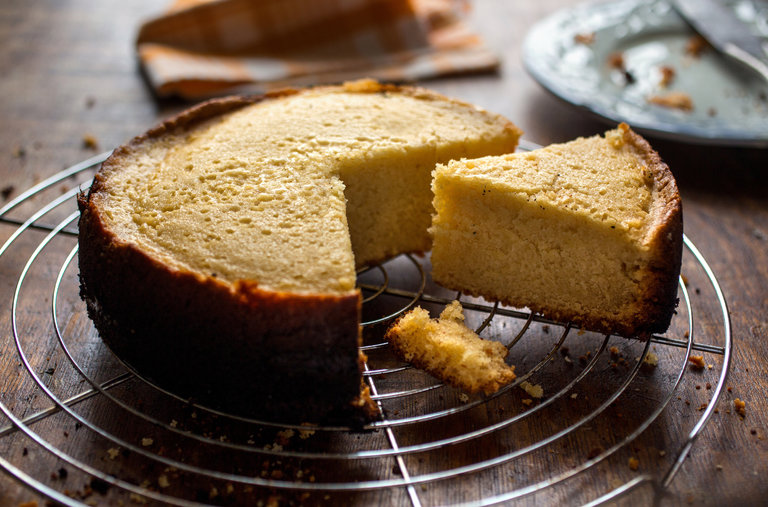 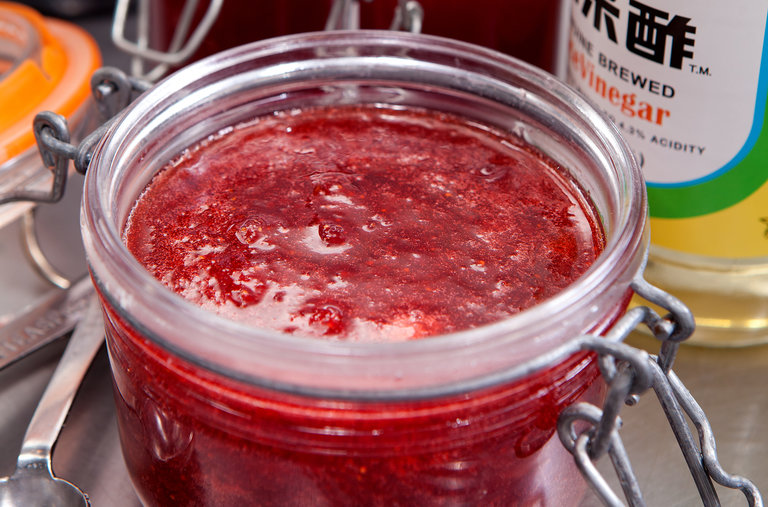 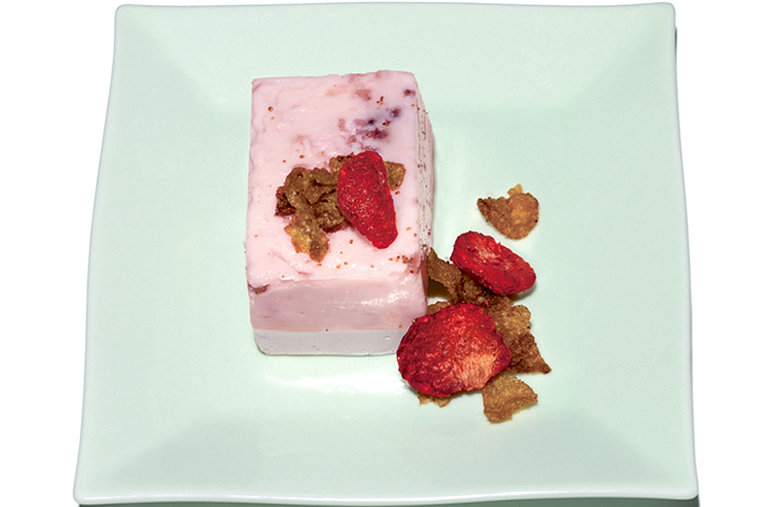 Kim Severson is a Southern-based correspondent who covers the nation’s food culture and contributes to NYT Cooking. She has written four books and was part of a team that won a Pulitzer Prize in 2018 for public service for reporting on workplace sexual harassment. @kimseverson • Facebook