CCTV footage shows the terrifying moment armed robbers enter a corner shop and put a handgun against the cashier’s head.

Robert Sifile, 22, and Thomas Jackson, 21, targeted the shop armed with an imitation gun and machete, which they used to threaten the cashier when they grabbed him from across the desk.

Sifile can be seen taking out the handgun from his pocket and holding it to the victim’s head, while Jackson uses the distinctive curved bladed machete to hit him on the back several times. 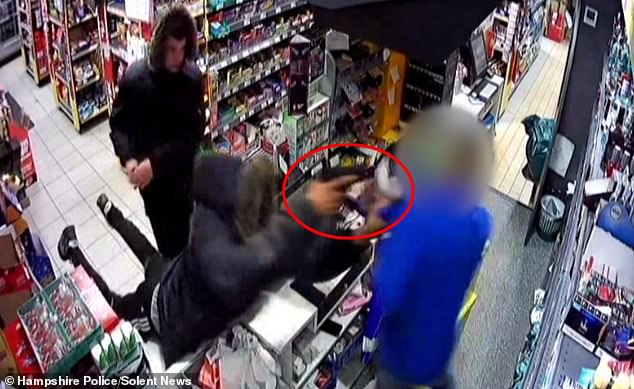 Robert Sifile, 22, grabs the cashier and threatens him with the imitation gun

Winchester Crown Court heard the two men went into the Nisa Local Store in Fleet, Hants, on November 28 last year at 5.10pm, and walked straight up to the till at the with their hoods up.

They grabbed and threatened the cashier, demanding he open the till.

As a result of this frightening attack, the victim suffered a cut to the top of his head. 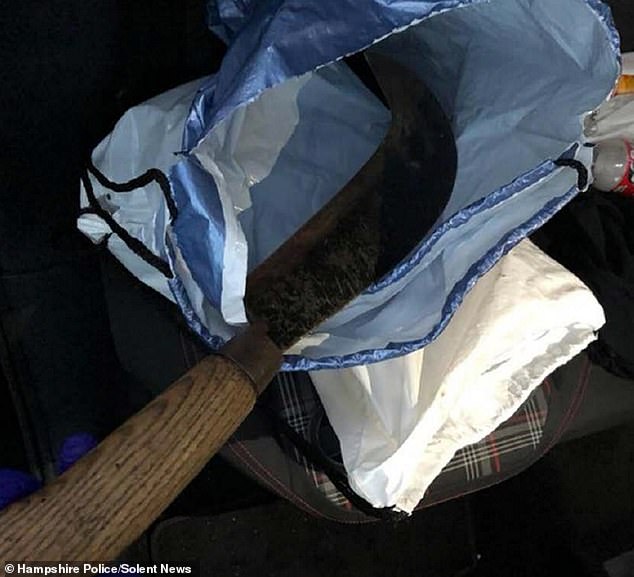 The prosecution told the court that Jackson managed to reach into the till and steal more than £560 in cash during the attack on November 28, before running out when they failed to get the second till open.

The court was told how the knife and the gun were found in the car that there were stopped in on November 30.

Examination of Sifile’s phone showed that he searched ‘sentencing for armed robbery’ the day after the Nisa Local raid and that he also made a video of himself holding the gun, wearing the same clothes he wore during the incident, just six hours before. 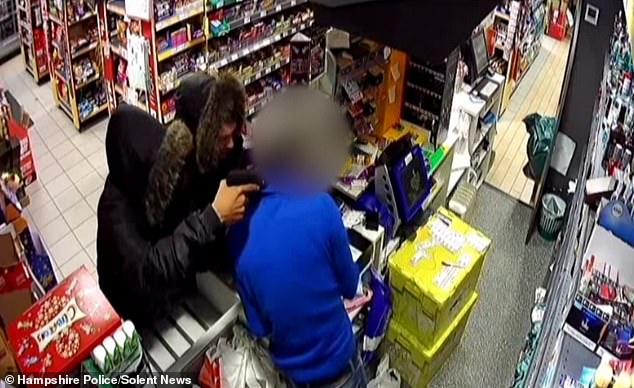 They were both jailed for a total of nine years each. 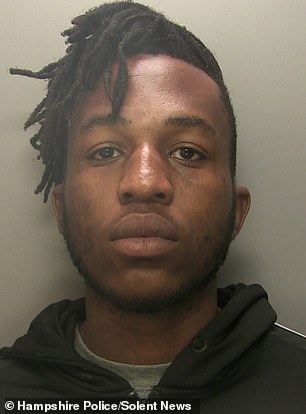 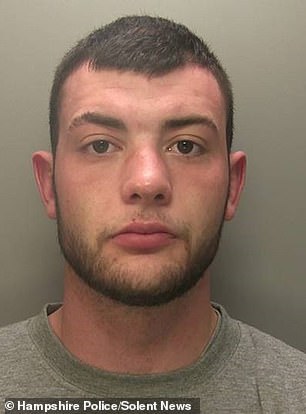 DC Matt Dennis said: ‘This was a fast-paced investigation into what was a frightening ordeal for the cashier.

‘As you can see from the footage, the cashier was confronted with a terrifying sight as these two stormed towards him, both armed with weapons that could have caused potentially fatal injuries.

‘Fortunately these dangerous men and their weapons are off our streets and they no longer need to carry out an internet search to find out how long you get in jail for an armed robbery.

‘We hope our swift action on this case reassures those living and working in the area that we will take action against those who threaten our communities.’