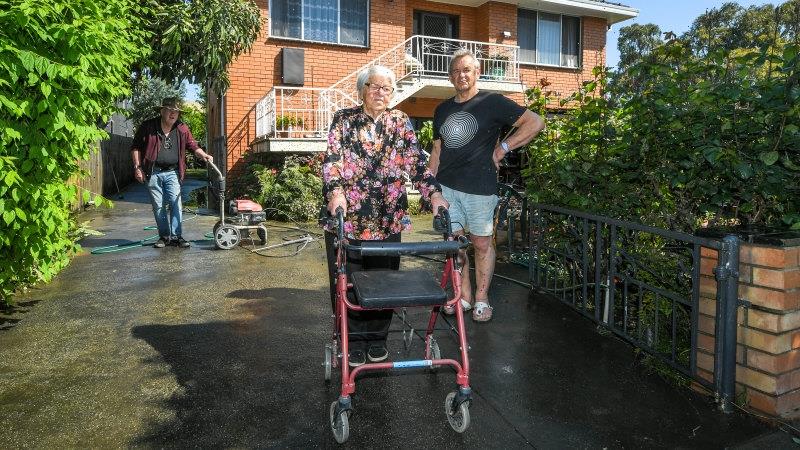 A family affected by the Maribyrnong River floods say they have been targeted by fraudsters after they were unable to apply for a one-off flood relief payment, and the state government confirmed it has noticed a small number of fraudulent applications.

Stan Gradski and his 93-year-old mother, Janina, live about 100 metres from the river’s edge on Oakland Street in the north-west Melbourne neighbourhood. When the river swelled on Friday, he said floodwater reached chin-height in their home of 48 years, destroying countless belongings. 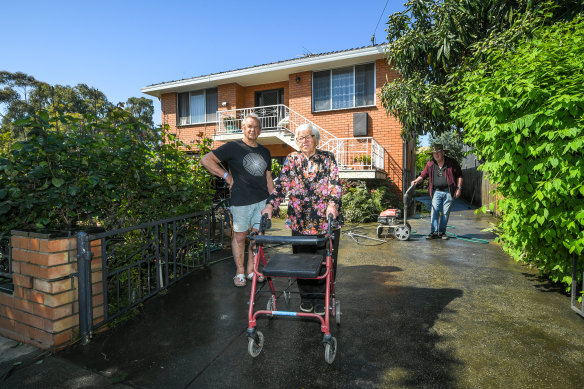 Stan Gradski, with mum Janina, after they found their address had already been used to apply for flood relief payments.Credit:Justin McManus

He said his daughter tried to apply numerous times for the Victorian government’s one-off $580 relief payment on his and his mother’s behalf, but the system kept rejecting the application.

Gradski said he then went to the Maribyrnong relief centre on Wednesday and, after clearing up initial suspicions that he might be a fraudster himself, he was told by staff on site that there had already been six different payment applications for his address.

He said he was too tired to be angry.

“Society has those types of people,” he said.

Pointing to all the support in the form of food and drink drop-offs and kind notes, he added: “All the good people override that nonsense. If you don’t believe in angels, I’m telling you, they’re around here.”

After receiving support for his payment application, Gradski is relieved that he will receive the funds soon.

“It’ll come in handy because we went and bought a washing machine yesterday so we can wash our clothes,” he said.

He encouraged any flood victims having difficulty submitting applications to visit their local relief centre. “We tried many, many times, and it’s just wasting your time.”

A spokesperson for the Department of Families, Fairness and Housing said they were aware of a small number of suspected fraudulent relief payment applications.

“Reports of people making fraudulent applications for emergency payments are incredibly disappointing,” they said. “It diverts resources away from this critical support for communities who need it most.”

The department is referring all suspected fraud to police. Victoria Police declined to comment.

Maribyrnong has also been targeted by looters.

Two men, aged 26 and 33, were arrested and charged on Thursday after a family was allegedly robbed of about $15,000 worth of possessions on Monday. Another man alleged he was also robbed over the weekend, with at least $400 worth of tools reportedly stolen.

More than $5.1 million in emergency relief assistance has been paid out so far. When applying for relief payments, the department requires identification showing proof of residence.

Services Australia is administering the Commonwealth’s one-off relief payment of $1000 per adult. The agency’s general manager, Hank Jongen, said there were robust measures in place to protect people.

“All claims flagged as suspicious are assessed by specialist staff to ensure fraud is prevented without denying genuinely eligible customers of payments.”

Earlier this year, the floods in NSW and Queensland became a huge target for fraudsters.

In August, the federal government reported it had detected more than 27,000 cases of suspicious activity over disaster relief payments in the previous six months.

“It’s despicable conduct, and the people doing it are scumbags,” Government Services Minister Bill Shorten said at the time.

Anyone who thinks someone might be giving fake information to receive a federal government payment can report it by calling 131 524 or going online at servicesaustralia.gov.au/fraud.

Those with information related to suspected fraud of state government payments can contact Crime Stoppers on 1800 333 000.