Fishermen rescued a turtle from the grip of a tiger shark after it tried to climb aboard their boat to safety.

Kai Survance, from Green Turtle Cay, Bahamas, and his friend were sailing off the coast of Abaco when they came across the predator chasing the turtle in the water.

They filmed the hair-raising encounter as the tiger shark grabs hold of the large turtle’s back limbs and locks onto it with its razor sharp jaws. 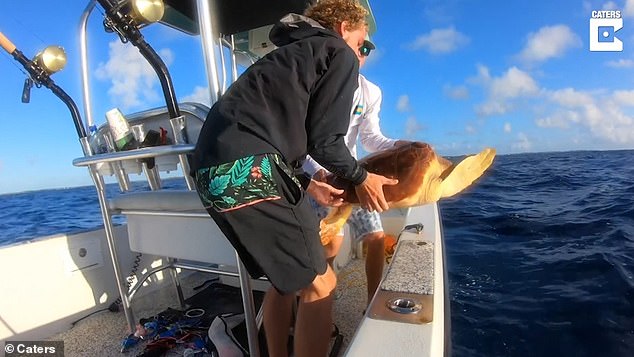 Kai Survance, from Green Turtle Cay, Bahamas, and his friend witnessed a tiger shark locking its sharp jaws around a turtle off the coast Abaco 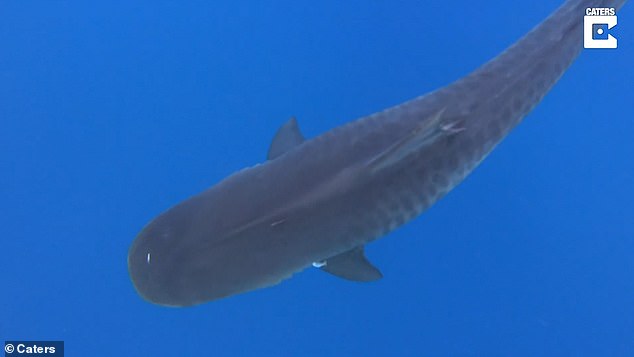 The fishermen shout out in shock as the turtle is attacked by the predator.

Suddenly the desperate turtle begins clambering onto the back of their small boat as they shout: ‘No, no way. That poor turtle.’

The creature some how manages to wriggle away from the tiger shark’s grip and the men make it their mission to rescue it.

They pull it out of the water and then releasing it a few miles away once the shark has disappeared. 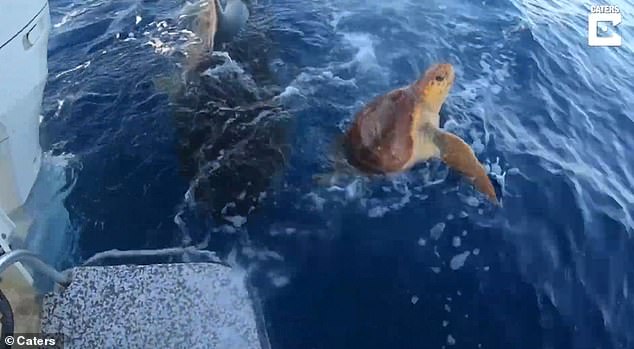 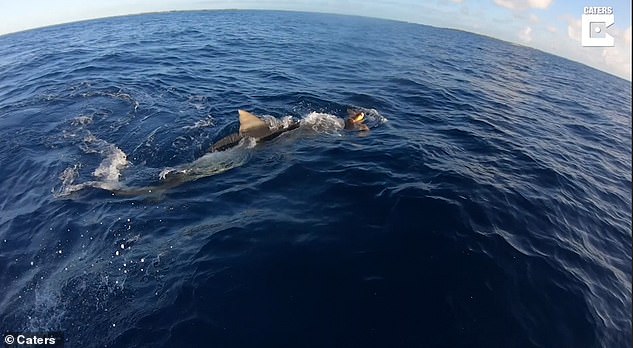 The pair initially thought the tiger shark was a marlin fish, both of which grow to around 14ft when fully grown

Kai, a keen fisherman who shares videos of his adventures in the Bahamas on Youtube, and his friend first thought the shark was a big marlin fish when they spotted it on November 22.

Both marlin and tiger sharks can reach lengths of 14ft when fully grown.

Kai posts clips ranging from spearfishing to deep sea fishing and described the latest scene in his video as ‘crazy hot action’.