Sal Perez got his start in “Sesame Street” right out of college as a production coordinator in 2006.

“I did film school, and I never thought that I would be doing TV that was positive for kids,” Perez, a first-generation Mexican American who grew up in California’s Bay Area, told NBC News. “It’s such a big responsibility that I sometimes try not to think about it.”

“Sesame Street” holds a special place for generations of Americans who learned numbers and letters — as well as kindness and tolerance — through a show that helped pioneer diversity and positive representations of many groups, including Latino characters.

Sonia Manzano, who played the iconic Maria on “Sesame Street” for 44 years, told NBC News several years ago that when she got on the show, “I thought, wow, maybe there’s another kid somewhere who was like me, just looking for a moment of recognition and sanctuary.”

From Manzano’s and Emilio Delgado’s portrayals of Maria and Luis to a new generation of cast members that include Cuban American actor Suki Lopez, Brazilian American actor Christopher Costa and newcomer Olivia Perez, Sal Perez hopes to build off that legacy.

Creating ‘a feeling of community’

In his new role as executive producer, Perez wants to continue creating stories with the “Sesame Street” characters “that so many kids love and families trust” while instilling “a feeling of community” and a sense of belonging.

“I hope to bring in as many new voices as possible into the fold of ‘Sesame Street’ as a family,” he said. “We want to show stories that are relevant to kids of today that kind of move with the culture.”

The 53rd season of “Sesame Street” kicks off with the characters painting a mural to celebrate the people who live in the neighborhood. But monster fairy Abby is having a hard time finding a paint color that accurately represents her fur color. 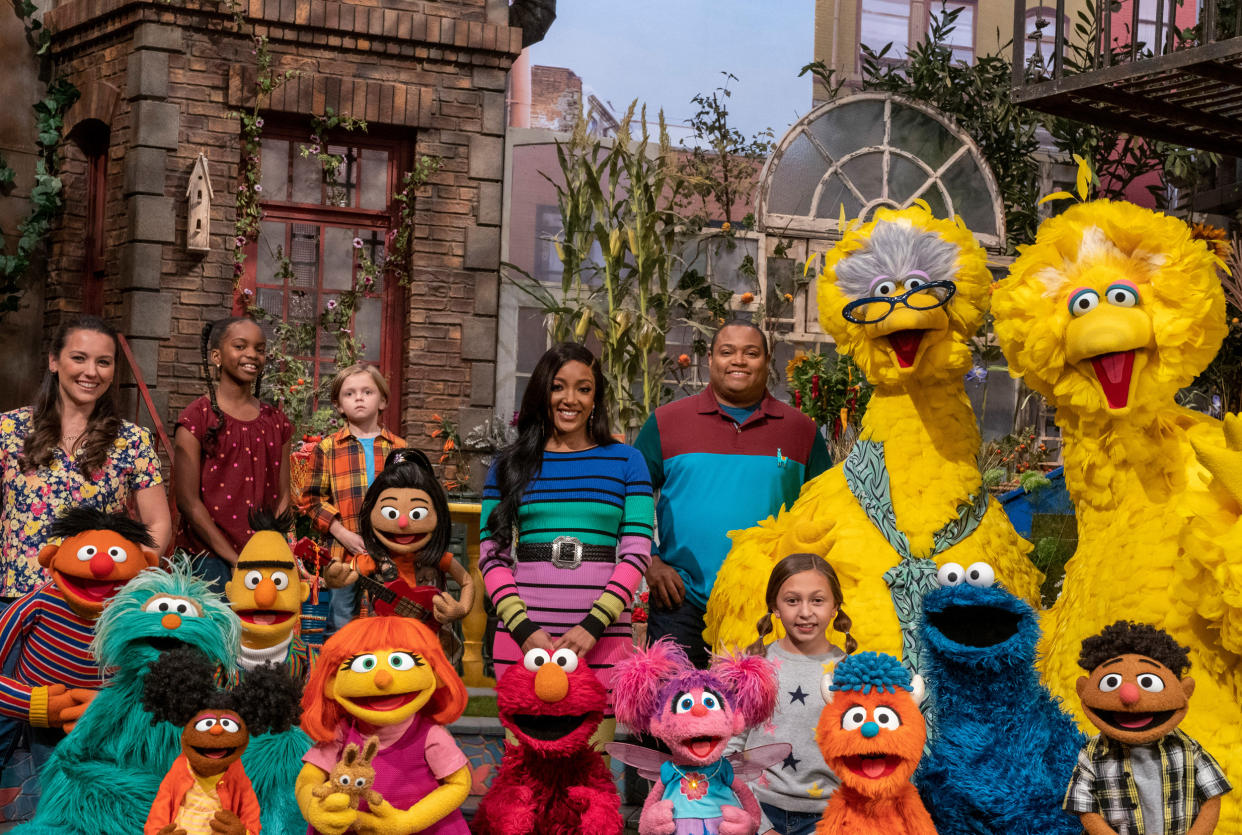 But muppets Tamir, who is Black, and Ji-Young, who is Korean American, step in to teach Abby about mixing colors to create the perfect shade.

“I’m so proud that was part of the first season that I was in this new role,” Perez said, adding that he has a printed version of the mural in his office. “We wanted kids to watch the show and feel reflected, feel like we were being authentic to experiences of kids of all backgrounds.”

Becoming a dad — and seeing the show’s ‘magic’

Though Perez has worked at “Sesame Street” for a long time, it’s only been in the last three years since he had his own child, he said, that he’s experienced firsthand “what our content, the magic, that it actually does.”

“She can watch it with me and learn; it helps her development,” Perez said. Even though his daughter is 3 and can’t read, he still pauses the show when his name comes up in the credits to let her know that’s “dada’s name.”

A perk of being a dad to a young child and working at “Sesame Street” is being able to watch parts of the show with her before they air. “In real time, you get to hear her reactions, or what jokes landed, what lessons she’s taking from it,” he said.

Perez recalled watching a rough cut from the new season’s second episode, in which Rosita, a bilingual monster muppet from Mexico, is playing superheroes with Elmo and Abby.

Elmo and Abby suggest Rosita’s superpower should be related to her Spanish-language skills, but Rosita says speaking Spanish isn’t the only thing that makes her special. 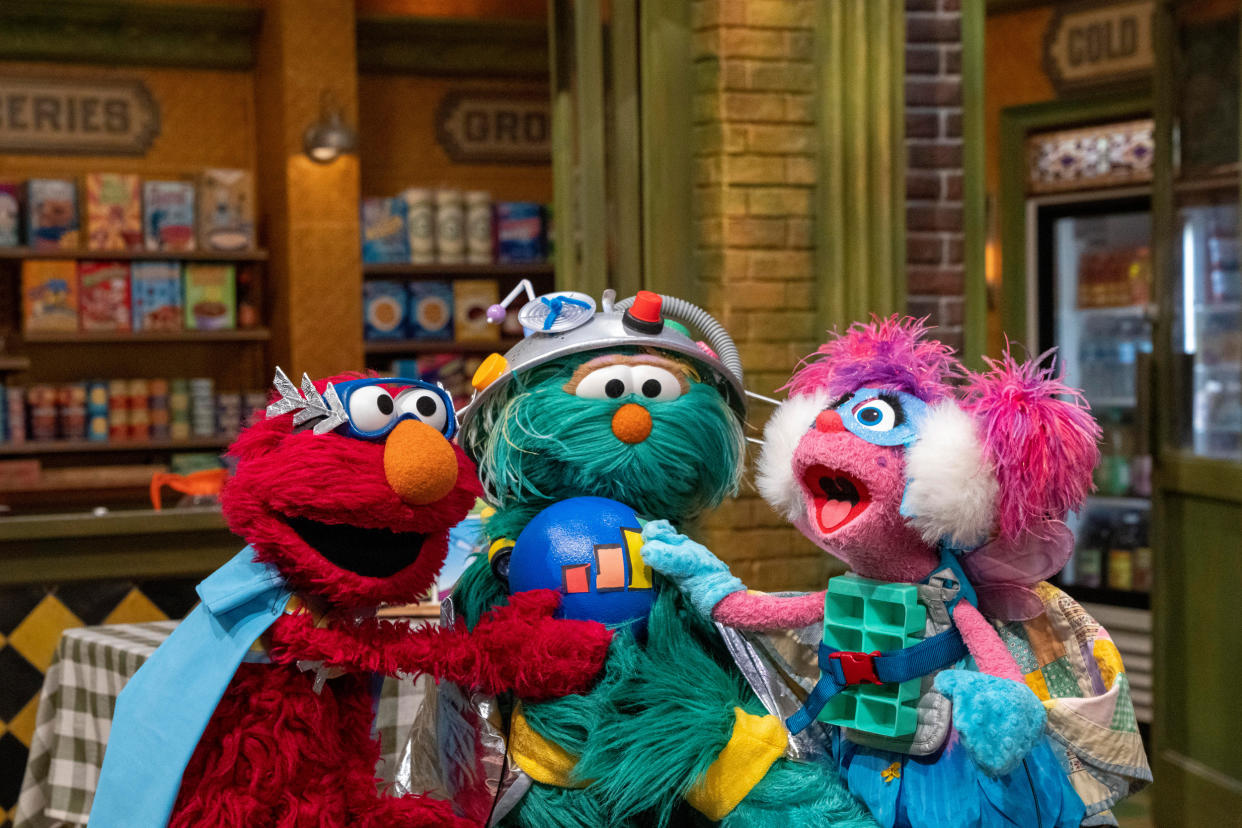 Perez said he saw his daughter, a toddler learning to speak Spanish at home, “closely identify with Rosita through that story.”

Perez said the story was personal for him and for Carmen Osbahr, the puppeteer who plays Rosita, since they’ve shared similar experiences.

Perez remembered feeling emotional during that episode’s table read as Osbahr, who was born and raised in Mexico City, was reading her lines.

“You don’t want to be put into this box, so this was a really great opportunity to show Carmen and Rosita sort of wanting to break out of that box and show we’re all three-dimensional people,” Perez said.

“We’re all humans that are creating the show, and some of these stories can be therapeutic,” he said.

Perez, who studied film and production at New York University, said it was the combination of his bilingual and bicultural upbringing that led him to his first job as a production coordinator for “Plaza Sésamo” (a co-production of “Sesame Street” in Mexico) at a time when “they were looking for somebody that could speak Spanish and could work on the show in Latin America on Televisa.”

For him, it was also about going back to his roots and helping communities in Mexico and Latin America. “I’ve always been really proud of my heritage, proud of being Mexican American,” he said.

Perez then rose through the ranks for the next 14 years, producing “Plaza Sésamo” in Mexico as well as other “Sesame Street” shows in Spain, Colombia and other Latin American countries. Perez also produced bilingual content for many of Sesame Workshop’s social impact initiatives. 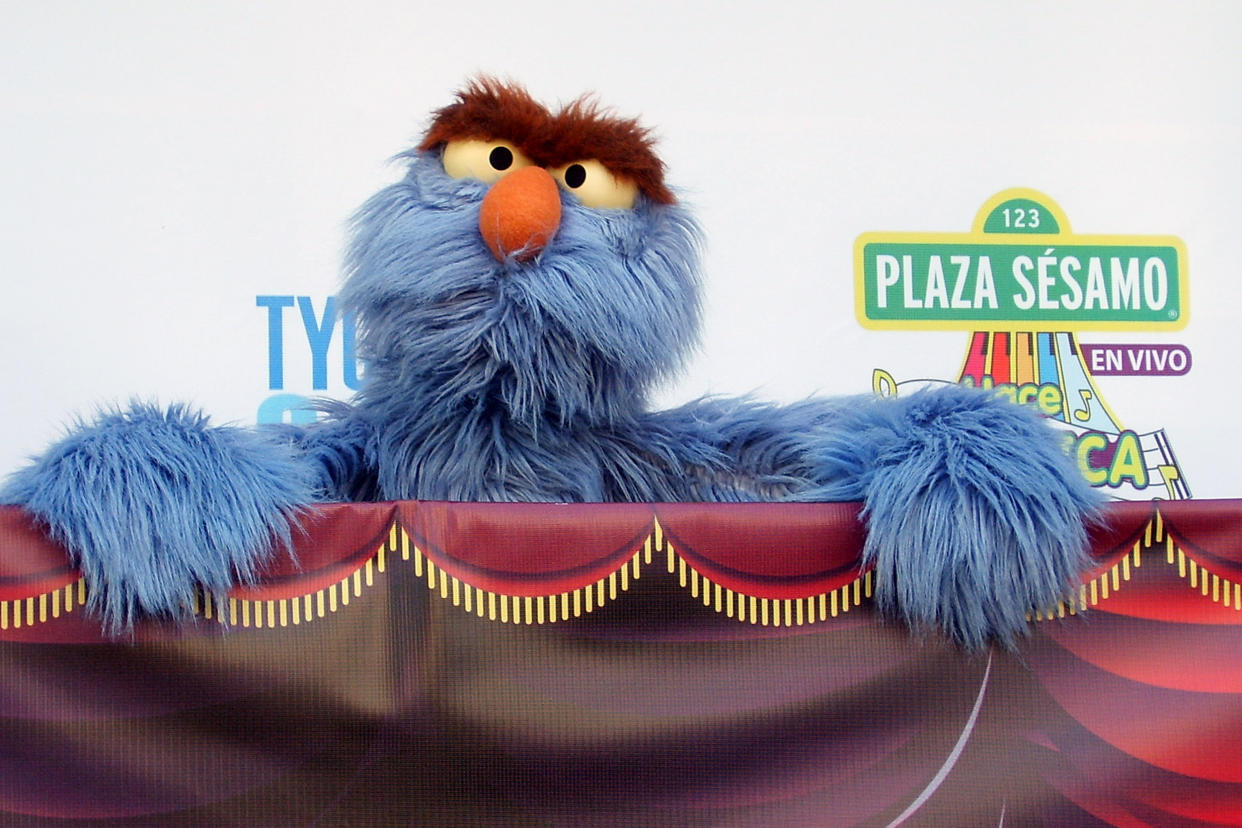 Prior to stepping into his new role, Perez served as supervising producer of “Sesame Street.” During the Covid-19 pandemic, Perez oversaw the creation of animated “Sesame Street” Muppet resources that reached families across 30 countries, which he said is a source of pride.

Currently, Perez also serves as vice president for Sesame Street Production, overseeing the creative direction and production teams for “Sesame Street,” “The Not-Too-Late Show With Elmo” and other content across broadcast and digital platforms.

Perez said he was proud of his involvement in creating a position for a “DEI advocate” on the set, someone who will work closely with the talent, cast and crew to ensure issues of cultural sensitivity are relayed to the producers and to encourage safe spaces to exchange ideas and improve scripts and performances.

As for viewers, “I want people, when they come on to ‘Sesame Street,’ to feel like they belong,” Perez said.