A fighter jet left runway crews reeling after it blasted overhead in an ultra-low flypast.

Hair-raising footage shows a group of workers staring off into the distance down the tarmac before the sky is ripped apart by the aircraft seconds later.

The moment was recorded at the Mecheria Air Base in northern Algeria.

In the video, ground crews are working on the airfield when in the distance they spot a small black dot in the sky.

But it is only seconds before the dot has turned into a MiG-29 Fulcrum jet roaring just metres over their heads, leaving a trail of dust on the runway.

The Algerian Air Force plane is one of the remaining 30-40 aircraft that were originally purchased from Belarus and Ukraine between 1999 and 2003.

It is believed the jet made the flying visit to show off the north African nation’s military strength. 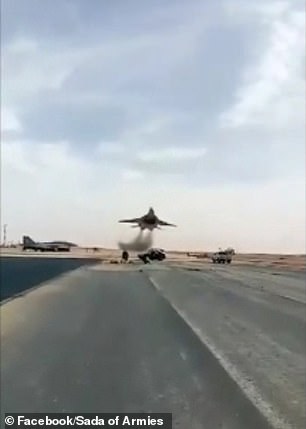 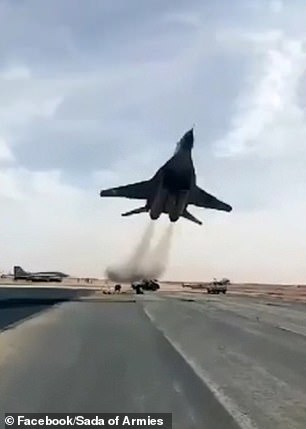 All of these models are currently based out of Bousfer military airbase in the 3rd Air Defense Wing.

It was announced last year that the AAF have signed a £1.6 billion contract with Russian manufacturers to receive additional 16 Su-30MKA and 14 MiG-29M/M2 fighters to bulk up their airforce.

The video is believed to have been filmed in early 2019. 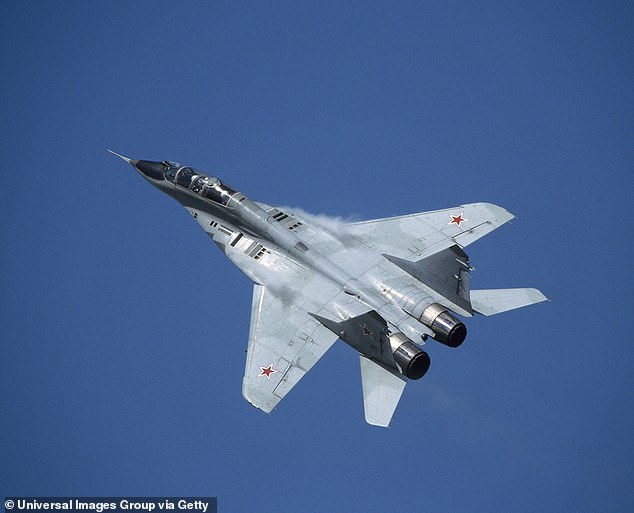