Fight cub: Brown bears stand on their hind legs as they go toe-to-toe against each other

Two brown bears look ready to join fight club as they play fight in front of tourists sailing by.

The bears’ cubs didn’t look phased by the aggressive show while tourists couldn’t believe their luck.

Dmitriy, 39, said: ‘It was all a bit funny as there was a feeling of some kind of fight club – with the fighters and spectators all involved.’ 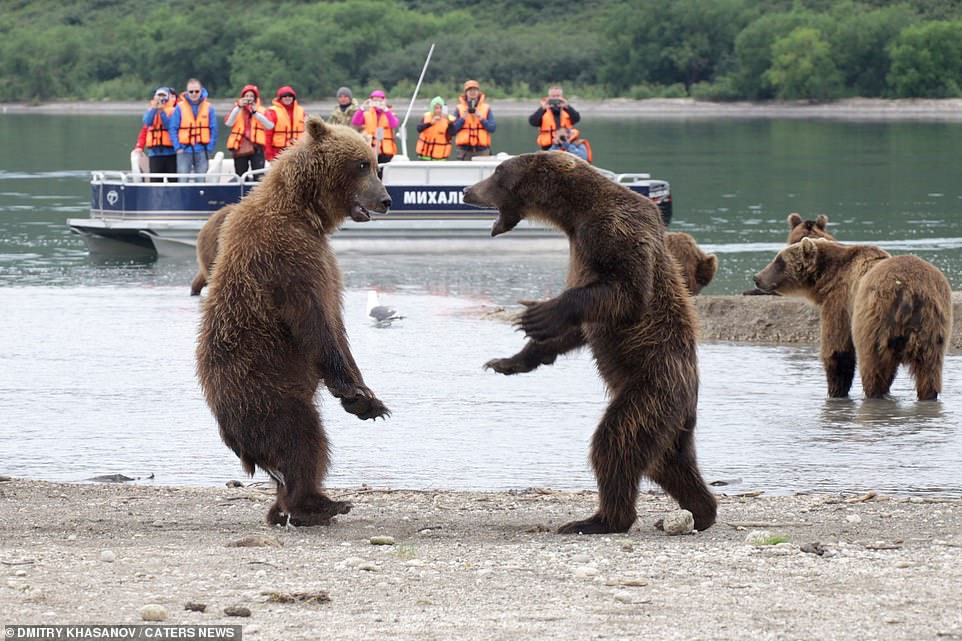 Two enormous brown “grizzly” bears launch themselves onto their hind legs in Kamchatka, a peninsula in the Russian Far East. Kamchatka boasts the southernmost expanse of Artic tundra in the world and is famed for the size – and abundance – of it’s brown bears 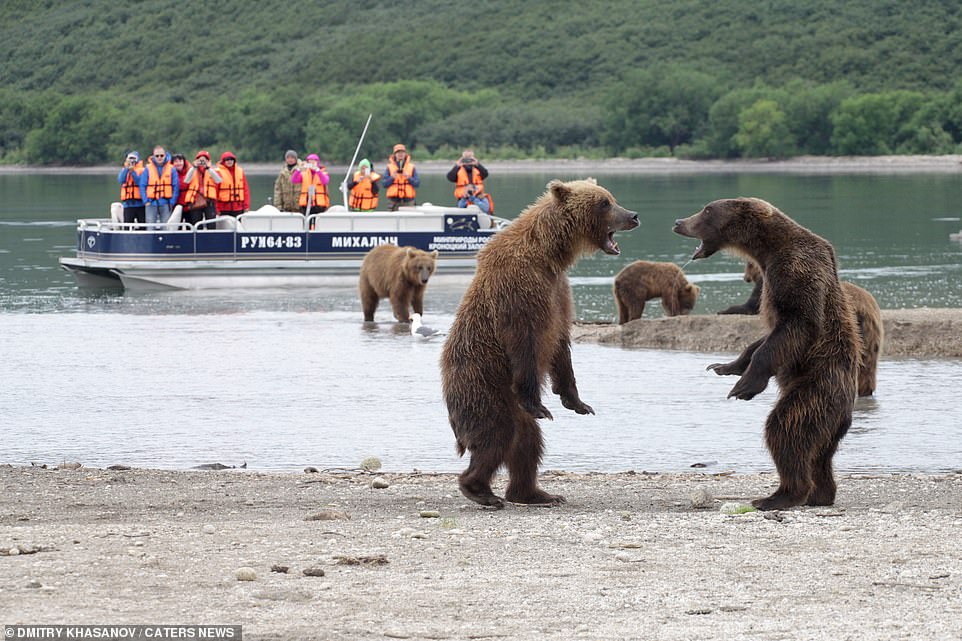 As tourists floated offshore on a nearby boat, the bears roared at each other with saliva flying out of their mouths. The Russian photographer, Dmitriy Khasanov, said: ‘It was all a bit funny as there was a feeling of some kind of fight club – with the fighters and spectators all involved’ 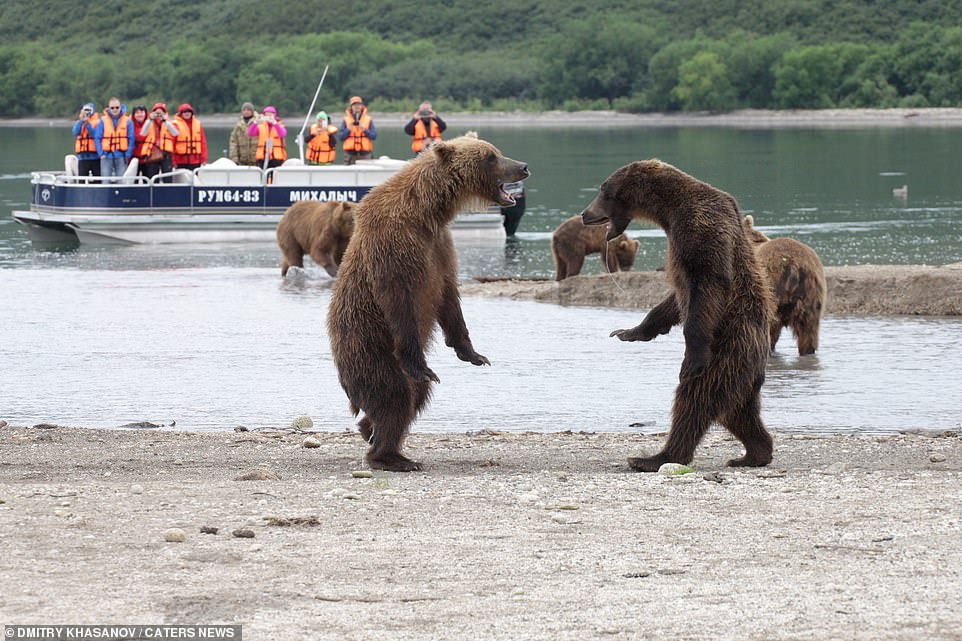 The group of tourists also had the chance to coo at four bear cubs who were playing in the shallows. The cubs didn’t seem too phased by the adults’ show nor worry that their parents might get injured – they carried on snuffling around on the edges of the sea