The fiancé of a missing mother-of-five Sarah Wellgreen has made another desperate appeal for witnesses two months after she vanished.

Neil James, 45, urged delivery drivers, cabbies and cyclists to jog their memories to when she disappeared eight weeks ago from her home in New Ash Green, Kent.

She has not been seen since October 9 despite huge police searches of the area including the Thames near Dartford.

Police are treating the disappearance of Ms Wellgreen, 46, who has missed one of her children’s birthdays, as suspicious and a potential murder inquiry. 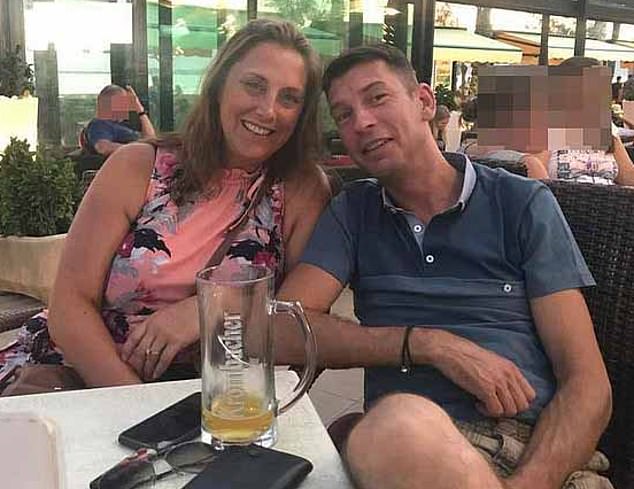 Neil James, urged delivery drivers, cabbies and cyclists to jog their memories to when she disappeared eight weeks ago. Pictured: The couple pictured together on holiday

‘Sarah’s five children, seven including her devotion to mine, her devoted loving mum, family, friends and colleagues.

We all miss her so much and need her where she belongs, with us all and MOST importantly – her children.

‘Again anything, just anything you can do to help all of us find her would be of so much help and with the absolute most gratitude.’ 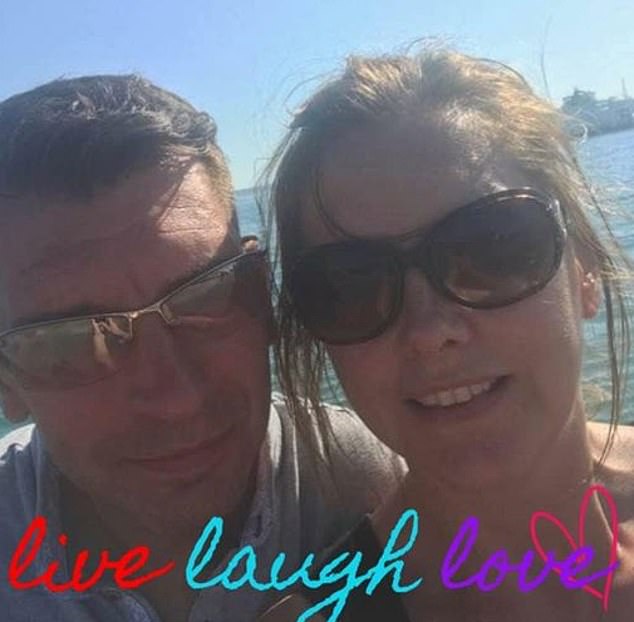 He also posted a photograph of the couple together, with the words: ‘live laugh love’ written across the bottom.

He continued: ‘Remind yourself, any friends, companies you work, whether you were delivering food or parcels, lorry driver, taxi, on a motorbike or cyclist walking or anything for around the areas mentioned and beyond these local places.’

Mr James of Farnham, Surrey, is also urging people to review CCTV they may have in a bid to find her.

He added: ‘If you or they have CCTV, dash cam footage, anything that they maybe not before thought as being normal, could be incredibly important and absolutely be vital to help the authorities. 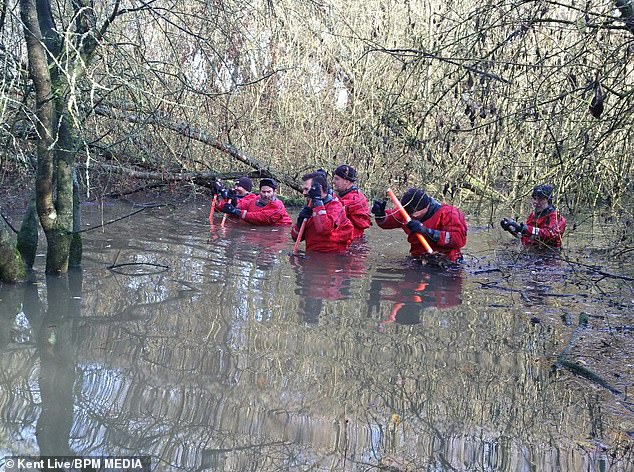 Sarah’s disappearance is being classed as a potential murder investigation.

Officers from Kent Police’s tactical units have been seen waist high in water searching with large polls and firefighters have also been working at night to look underwater.

Dogs and drones were deployed in searches over the weekend, which included around 80 people from the Kent Search and Rescue Team.

Sarah was not reported missing until the morning of October 11. 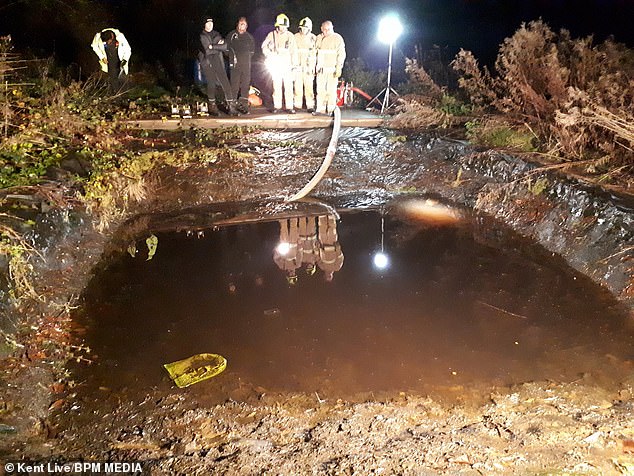 Hundreds of volunteers have also been assisting police in searching woodlands, fields and other areas near her home.

Specialist search officers also carried out an eight-hour probe of the River Darent in Dartford and the River Thames in Greenhithe for Sarah’s phone.

Detectives from the Kent and Essex Serious Crime Directorate have also trawled through thousands of hours of CCTV and dashcam footage sent in from the public.

Lewis said: ‘Myself, and my family, would like to thank the residents of New Ash Green, and the surrounding villages and towns, who have all kindly given their time and to go out in all weather conditions to help look for our mum.

‘The last month has been a never ending nightmare and so distressing for our family.

‘We would like to thank everyone for their kind thoughts and for respecting our privacy at this difficult time and ask that it continues.

‘If there is any comfort to be found during this time, it has been through seeing the support the community has given in the search to find our mum.

‘We would like to offer our heartfelt thanks to everyone who has helped with the searches, re-posting social media appeals, putting up posters and sending in CCTV and dashcam footage to the police.

‘We would especially like to thank the police for their continued work and also the six volunteer coordinators who have given-up so much of their time to help co-ordinate the searches and set-up the Search for Sarah Wellgreen Facebook page.

A man in his 30s was arrested in connection with Sarah’s disappearance on October 16.

He was released on bail and on November 16 had it extended for two months until January 16, 2019.