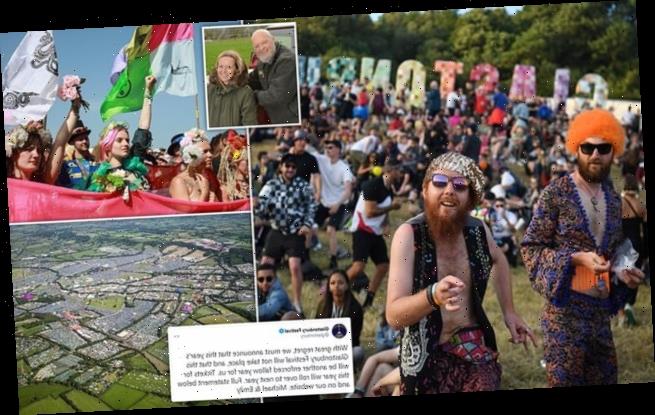 Festival season is ‘still possible’ this summer despite Glastonbury being cancelled again due to Covid, industry chief says – but only if ministers step in to help organisers get insurance

A festival season is ‘still possible’ this year despite yesterday’s cancellation of Glastonbury due to Covid, according to industry insiders.

The chief executive of the Association of Independent Festivals, Paul Reed, said the UK’s largest festival was a ‘different beast’ and its cancellation did not mean other smaller events could not go ahead.

But he said there is only hope for smaller events if the Government ensures organisers of music events can access insurance to protect against losses as a result of Covid.

On Thursday, Glastonbury organisers announced that the 2021 festival has been cancelled because of the pandemic.

The music festival’s co-organiser, Michael Eavis – who curates the lineup with his daughter Emily – said he was ‘so sorry’ to have to cancel the event for the second year in a row. 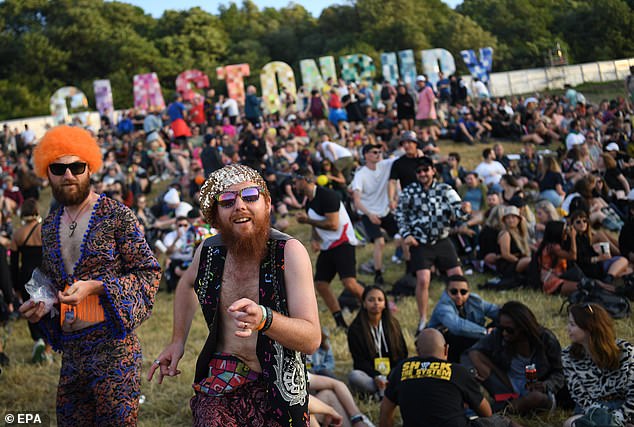 Industry insiders have warned there is still a chance for smaller festivals to go ahead this year, despite Glastonbury (pictured) being cancelled yesterday 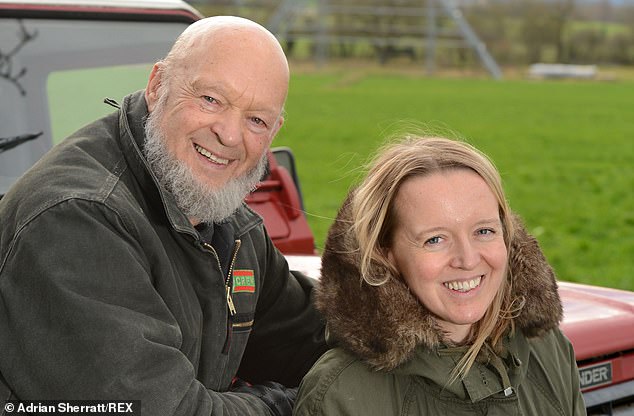 Most live music events, including Glastonbury, were wiped out last summer by the pandemic. 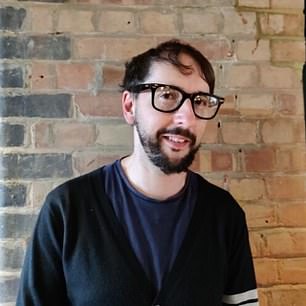 The chief executive of the Association of Independent Festivals, Paul Reed, (pictured) said the UK’s largest festival was a ‘different beast’ and its cancellation did not mean other smaller events could not go ahead. But he said Government ministers must step in to help them secure insurance against Covid-related losses

A recent study warned that without state support, Britain’s £1.3billion live music industry is heading for another summer washout.

But Mr Reed believed with the right help from ministers, smaller festivals could still go ahead.

Speaking to BBC Breakfast he said: ‘I will say about Glastonbury that it is a different beast to most festivals and most likely ran out of time due to the size and complexity of the event.

‘For most festivals the cut-off point is more likely the end of March.’

He said we are at a ‘serious point in the pandemic and festivals only want to return when it is safe to do so’.

‘This is devastating news about Glastonbury, not least for the amount of staff and freelancers and companies involved in delivering the event, but a festival season is still possible for this year if Government act now on insurance.’ 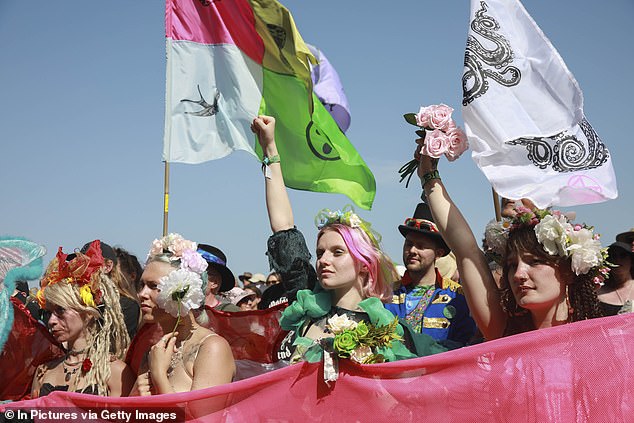 Last year marked the 50th anniversary of Glastonbury when headliners Sir Paul McCartney, Taylor Swift and Kendrick Lamar were all due to perform. Pictured: The Festival in 2019 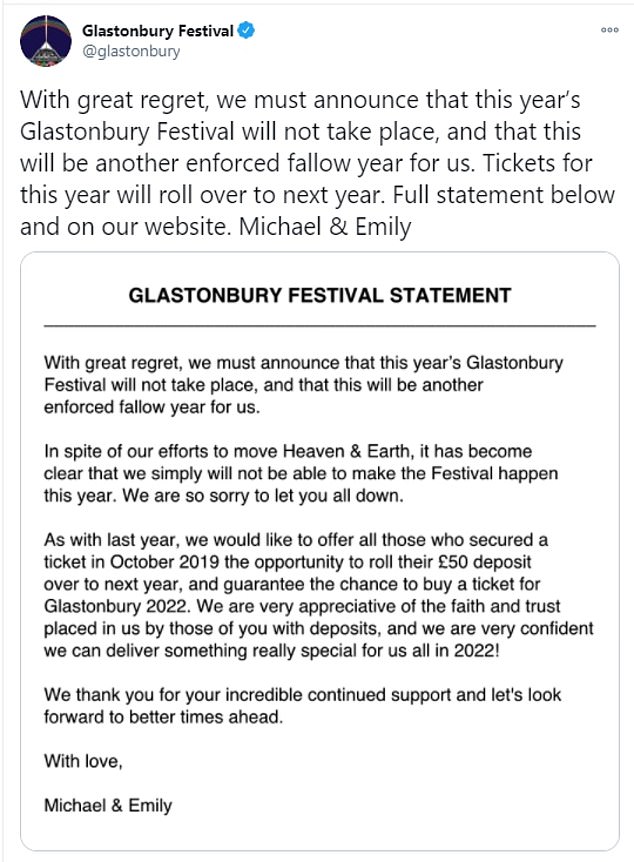 In a statement on Twitter, the organisers announced Glastonbury Festival will not take place for a second year in a row because of the coronavirus pandemic

He added that festivals are currently struggling to get insurance for coronavirus-related cancellations.

‘We do need Government to intervene in this issue,’ he said.

A Government spokeswoman said: ‘We are in regular dialogue with public health experts to agree a realistic return date for festivals and other large events.

‘Once we are confident we have this, we will be working with organisers to unlock the barriers they face to restarting – including challenges getting insurance.

‘Yesterday’s decision by the festival organisers reflects the sad fact that the public health outlook did not make it likely 200,000 people could be together without social distancing measures in just a few months’ time.

‘We are continuing to help festivals with the £1.5 billion Culture Recovery Fund, with many already receiving this support.’

A statement from Glastonbury said organisers had moved ‘heaven and earth’ to try to put the event on this year.

The festival at Worthy Farm in Somerset was sold out for 2021 because so few people have asked for a refund from 2020. 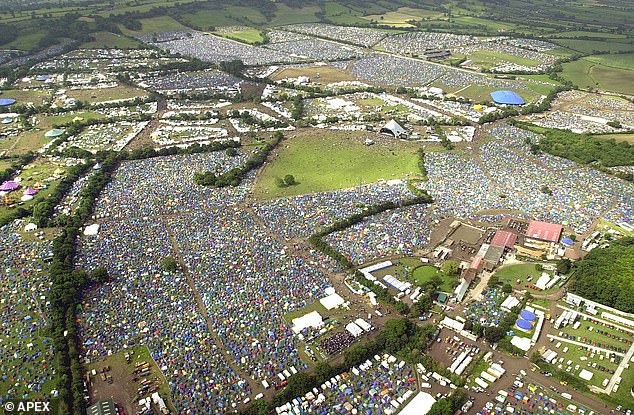 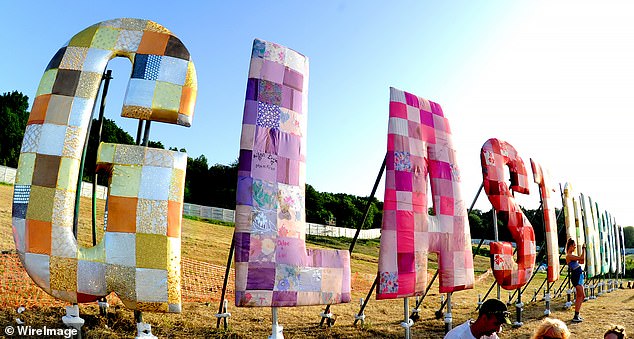 Last year marked the 50th anniversary of Glastonbury when headliners Sir Paul McCartney, Taylor Swift and Kendrick Lamar were all due to perform.

But in their announcement yesterday, Michael and Emily apologised to fans as they confirmed they were forced to cancel the event once again.

They said: ‘With great regret, we must announce that this year’s Glastonbury Festival will not take place, and that this will be another enforced fallow year for us.

‘In spite of our efforts to move heaven & earth, it has become clear that we simply will not be able to make the Festival happen this year. We are so sorry to let you all down.

‘As with last year, we would like to offer all those who secured a ticket in October 2019 the opportunity to roll their £50 deposit over to next year, and guarantee the chance to buy a ticket for Glastonbury 2022.

‘We are very appreciative of the faith and trust placed in us by those of you with deposits, and we are very confident we can deliver something really special for us all in 2022!

‘We thank you for your incredible continued support and let’s look forward to better times ahead. With love, Michael & Emily.’