One female correction officer at Rikers Island walks around the troubled jail complex with her back to the wall after a male inmate grabbed her rear end.

Another wakes up in cold sweats reliving the assault and attempted rape by one of her charges. She’s contemplated suicide. 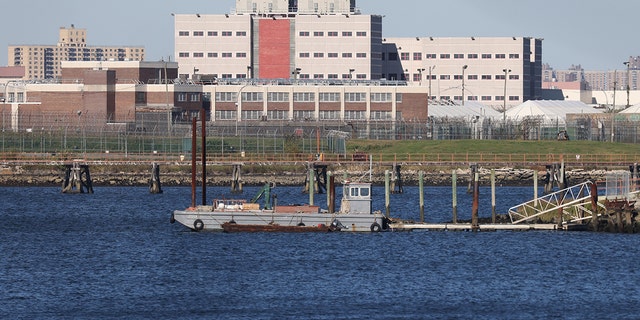 Rikers Island, home to the main jail complex, is situated in the East River between the Queens and Bronx boroughs as shown on Oct. 19 in New York City.
(Spencer Platt/Getty Images)

“I have so much anger built up and so much hurt,” said the 34-year-old officer who was pinned down and strangled on the floor of a pantry by an inmate in the Anna M. Kross Center at Rikers in June 2019 before another inmate rescued her.

“He doesn’t know what he did to my life. When I walk outside, my head is on a swivel. Every day I’m in pain, every day I’m triggered,” the Queens mom said.

She said Department of Correction officials eventually moved her out of the men’s housing unit and into a facility for women and transgendered inmates. But they’ve denied her request to be transferred to a position that doesn’t involve inmate contact. She’s filed a federal Equal Employment Opportunity Commission complaint over the denial.

Her colleague, who was groped by an inmate earlier this month, said the incarcerated men tell her on a daily basis to “s— my d—” and stroke their penises through slots in their cell doors as she does tours.

“It’s degrading, especially when you speak to them about their behavior and they don’t feel no remorse. They still try to talk to you crazy and disrespectful.

“Because not much is done, it’s almost as if it becomes like a normal thing – but you know it’s not normal because you sit down with other females and you talk about how gross it is,” said the Brooklyn mother of two.

PORTLAND POLICE RESPOND TO 19 SHOOTINGS OVER THE WEEKEND, INCLUDING DOUBLE-HOMICIDE: REPORT

So far this year, 24 DOC employees have been sexually assaulted by detainees, according to data compiled by the union, the Correction Officers Benevolent Association. Of those victims, 17 were correction officers, including 16 women and one man; one was a correction captain, and the other six were civilian employees. Out of two dozen cases, only 13 inmates were re-arrested and just six resulted in indictments, the data shows.

The DOC does not make the information public. 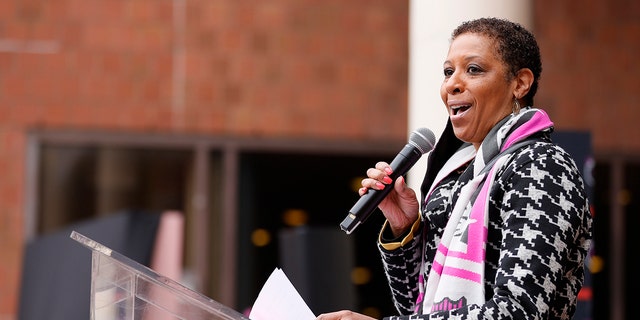 Adrienne Adams. New York City councilwember from the 28th district, is expected to call for penalties to deter attacks on corrections officers amid female workers speaking out about sexual assaults by inmates at Rikers Island.
( Sarah Stier/Getty Images for QBFC)

On Monday, City Councilwoman Adrienne Adams, D-Queens, will join union leaders at a press conference to call for stepped up penalties to deter the attacks on COs, 48% of whom are women.

“After hearing from these courageous women about what they have endured for years, I knew I had to shine a light on this issue, which has not received enough attention,” Adams said.

“It is time for all our elected officials who used their advocacy during the ‘Me Too’ movement to change our laws in New York to ensure sexual predators in our jails face serious criminal charges and are held fully accountable for their crimes,” union head Benny Boscio Jr. told The Post. 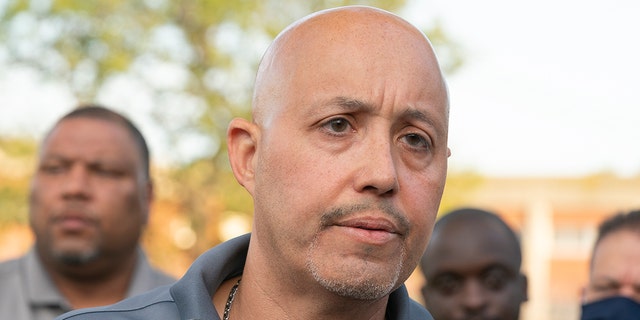 Recent staff shortages have exacerbated the dangerous and deplorable conditions at Rikers, prompting calls for action by local politicians.

Earlier this month, Mayor Bill de Blasio – who had vowed to shutter the problem-plagued lockup – and Gov. Kathy Hochul announced the transfer of some 200 inmates to “ease staffing concerns, capacity constraints and improve safety for several hundred detainees.”

A spokeswoman for the DOC said the agency supports the stricter penalties for sexual assault and harassment. While the spokeswoman disputed some of the data obtained by The Post, she said DOC officials are working with the Bronx district attorney and labor unions to “ensure that victims of these heinous assaults receive the justice and support they deserve.”

Democratic mayoral nominee Eric Adams, who’s all but guaranteed to be the next leader of City Hall, called for immediate action to improve the conditions on Rikers.

“No person should have to work at a job where they are threatened, harassed or assaulted,” Adams told The Post.

“We are learning new horrors about the conditions at Rikers every day – and these stories of abuse are among the most shocking and unacceptable I’ve heard. We are past the point of emergency at Rikers. There must be swift, serious change to ensure the safety of both inmates and those who work there,” he said.

This article first appeared in the New York Post