A HUGE boa constrictor could be on the loose after a seven-year-old girl found a 5.5ft-long snake skin.

Amelia Drewett and her grandad Alan found the shedded skin under the Old Road bridge in Oxford, with experts verifying the snake's pattern. 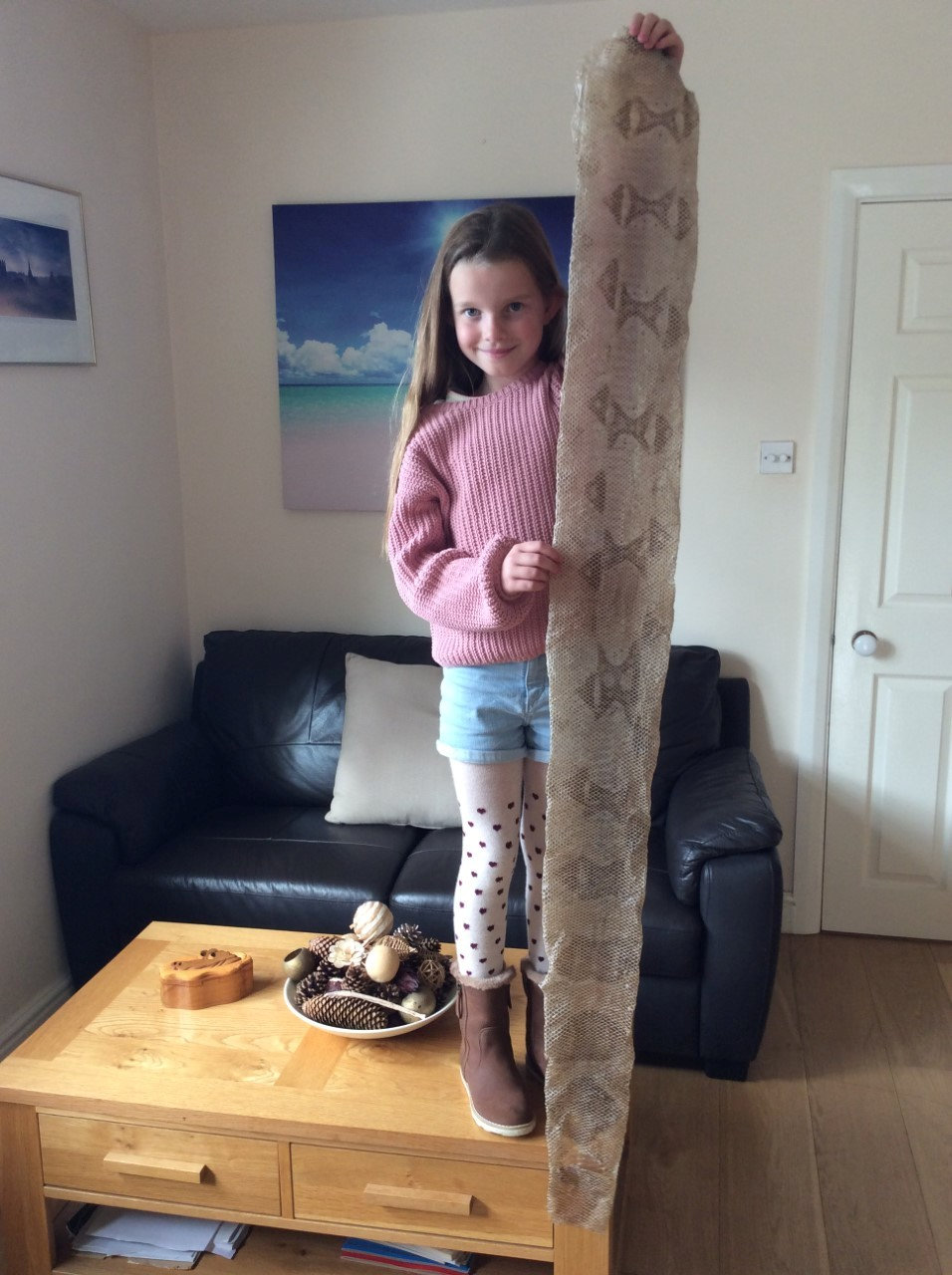 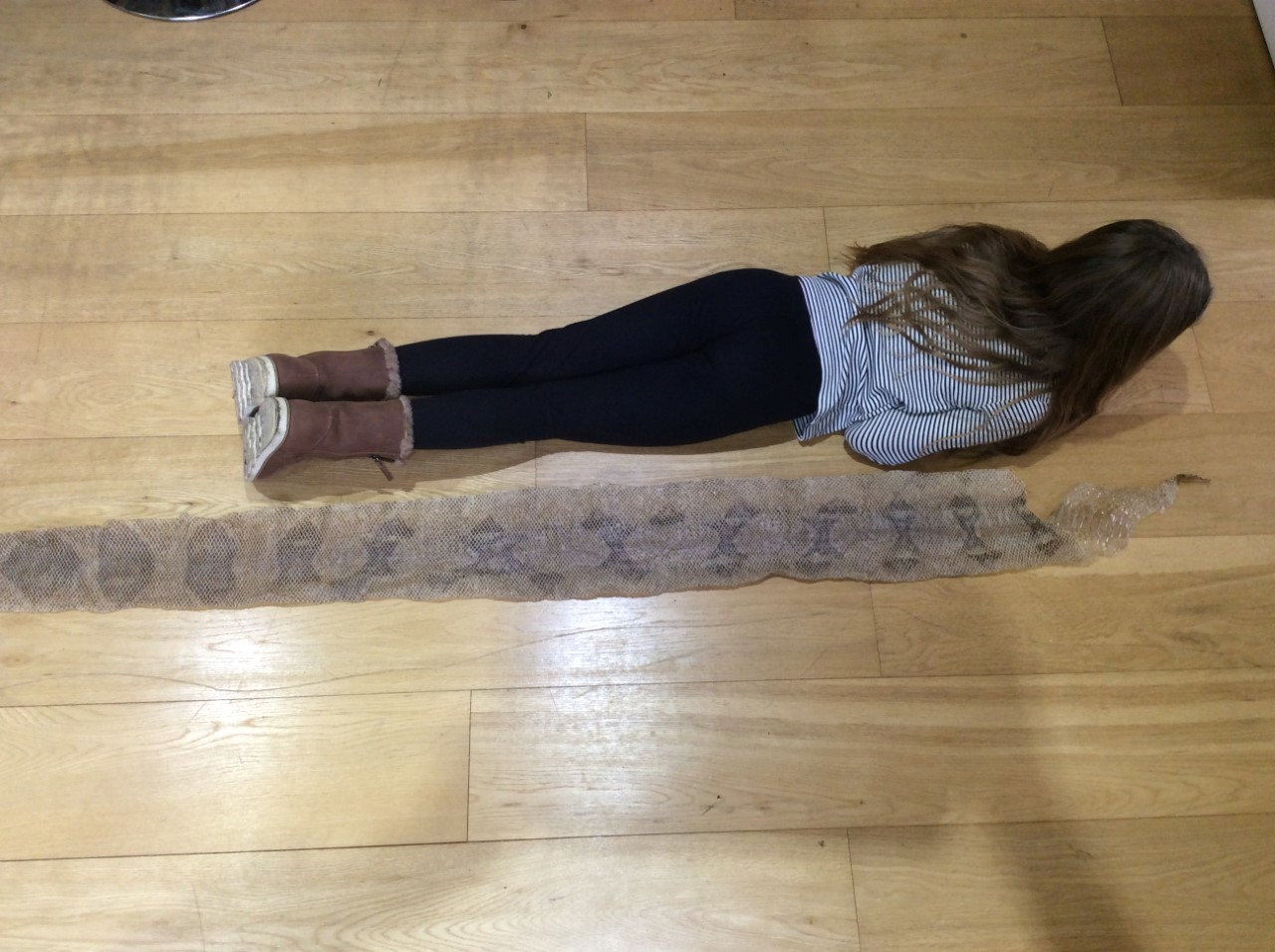 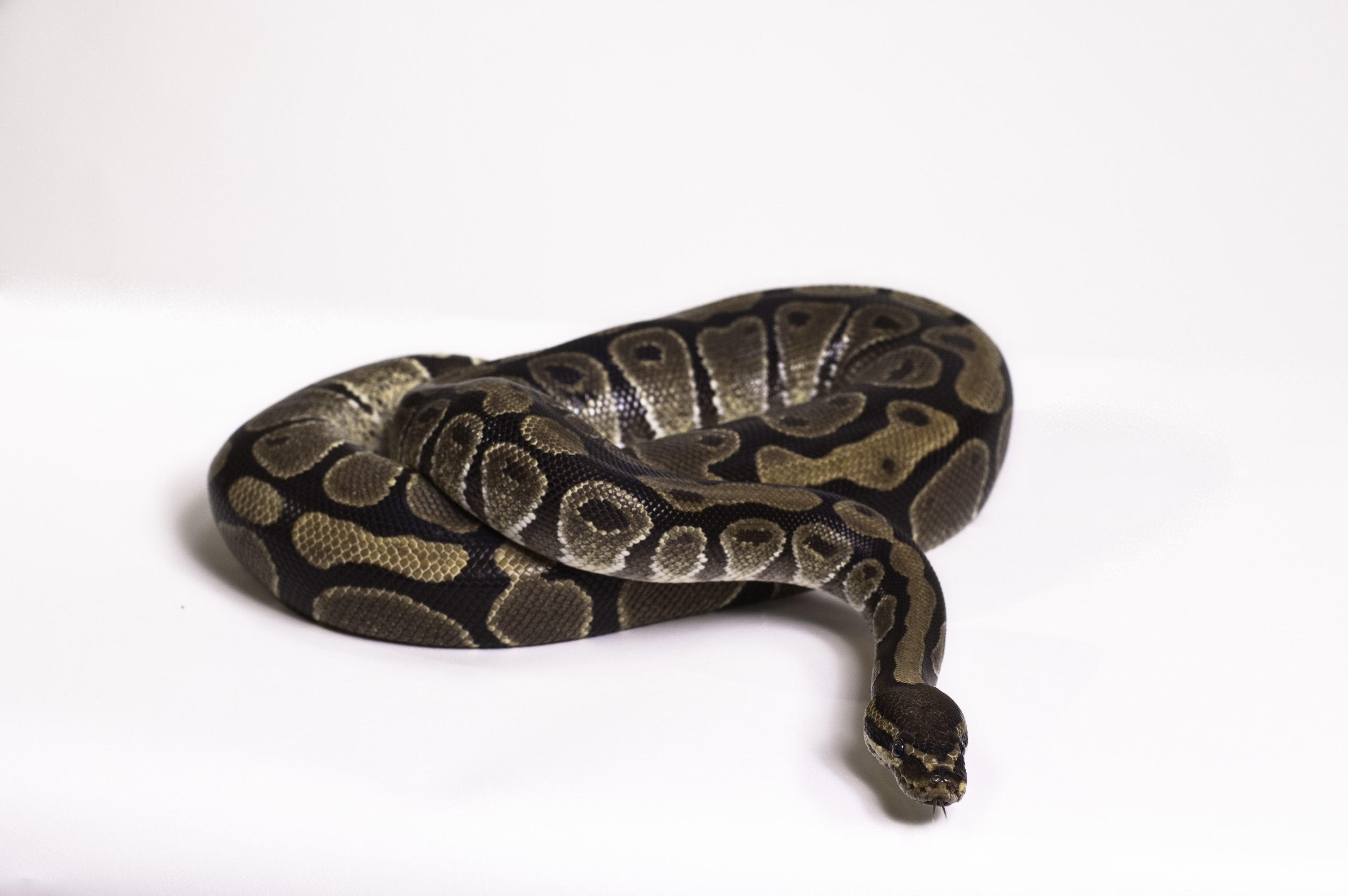 While the section of skin is 5.5ft, it is believed the snake itself could be several feet longer, Oxford Mail reports.

Mr Drewett's wife, Debra, appealed for its owner to come forward on Facebook, but still no-one knows where the boa is.

Debra said: “I couldn't believe my eyes when they brought it home.

"They thought it was just plastic in the brambles under the bridge, but they took a closer look and it was this huge snakeskin.

“Nobody’s come up with any sort of reasonable explanation for how it got there.”

Boa constrictors are non-venomous, but have been known to kill large animals by squeezing them to death.

They often grow to almost three metres long, with the Drewetts estimating the piece of skin they found is missing at least two feet.

Mrs Drewett told the Oxford Mail: "It goes from almost floor to ceiling.

“I was really worried and had the image of a huge snake slithering around someone's garden."

The 65-year-old emailed the RSPCA and spoke to Evolution Reptiles in Kidlington, who told them it was a boa constrictor.

The shop does not sell that type of snake as they grow too big – and assistant Nicole Head believes it was dumped deliberately.

What is a boa constrictor?

A boa constrictor is a nonvenomous reptile found in tropical Central and South America.

Boas can grow up to 13 feet long and weigh more than 100 pounds.

Their jaws are lined with small, hooked teeth for grabbing and holding prey while they wrap their muscular bodies around their victim, squeezing until it suffocates.

Boas will eat almost anything they can catch, including birds, monkeys, and wild pigs. Their jaws can stretch wide to swallow large prey whole.

Their bodies can be tan, green, red, or yellow, featuring patterns of jagged lines, ovals, diamonds and circles.

They live for about 25-30 years and grow continually throughout their lives.

She said: “I can imagine somebody’s probably let it go, as a large snake is pretty hard to lose.

“It’s not the first time we’ve heard or seen this happen, but we’re keeping our eye out to see if anyone’s lost it.

“If it’s scared it’s going to be worried, but we can’t imagine it’ll cause harm.”

Colin Stevenson, head of education at Crocodiles of the World zoo in Brize Norton, West Oxfordshire, said the boa would be feasting on rodents and small birds and the climate meant it was unlikely to survive until Christmas.

Mr Stevenson said: "It's not going to eat your cat.

"You wouldn't want it to bite you, but it would only give you a nasty wound.

"Most of these reptiles aren't going to do too well in the wild in England.

"It's certainly too cold for them to thrive, unless they can find somewhere warm or protected."

You do not need a licence to keep a boa constrictor, as they are not venomous so not deemed a dangerous wild animal (DWA).

Oxford city council confirmed there are no active DWA licenses in Oxford.

The Sun Online has approached the RSPCA for comment. 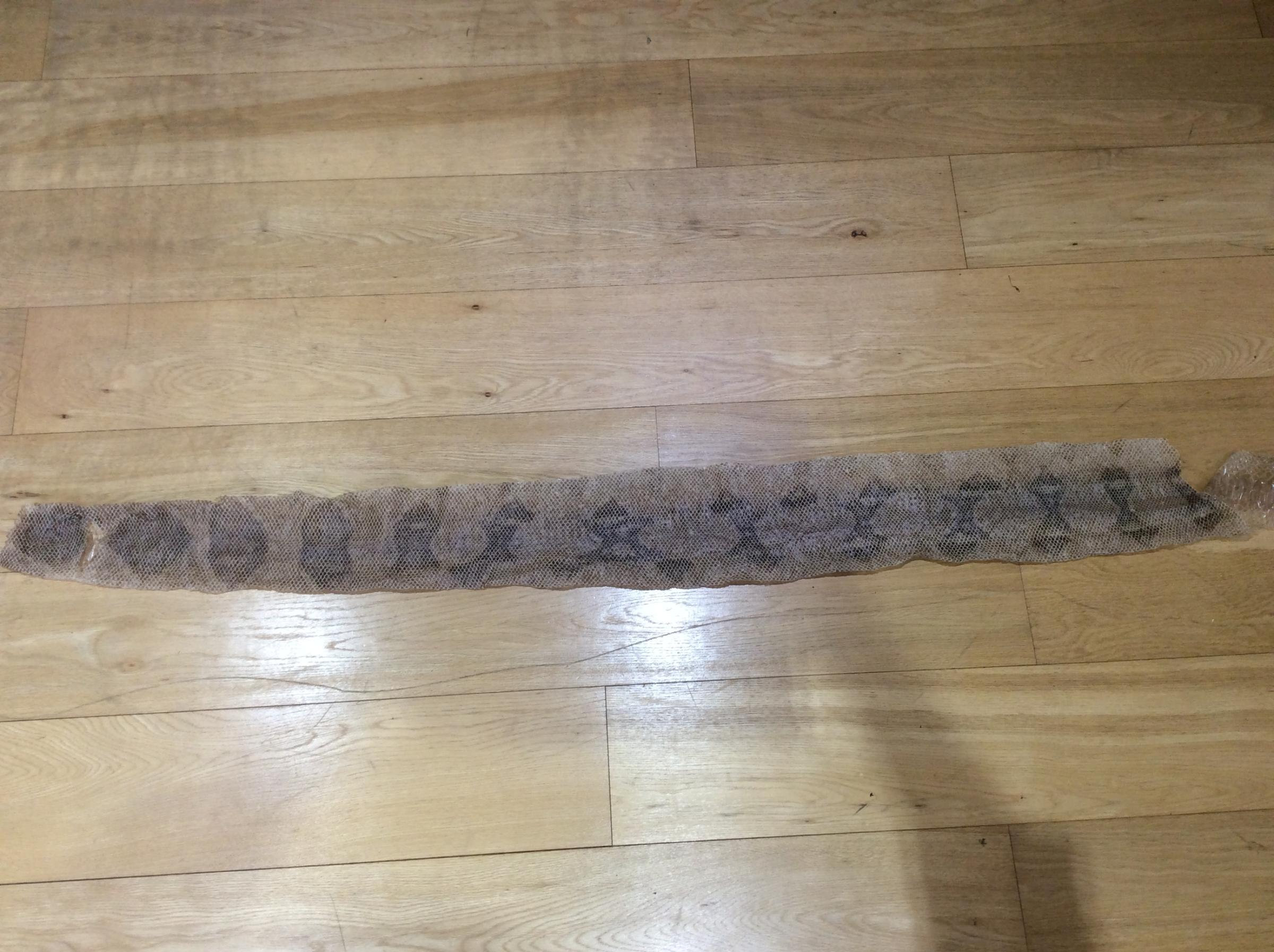