A criminal and counterintelligence probe was launched into Trump in May 2017 after he sacked James Comey, according to the New York Times. 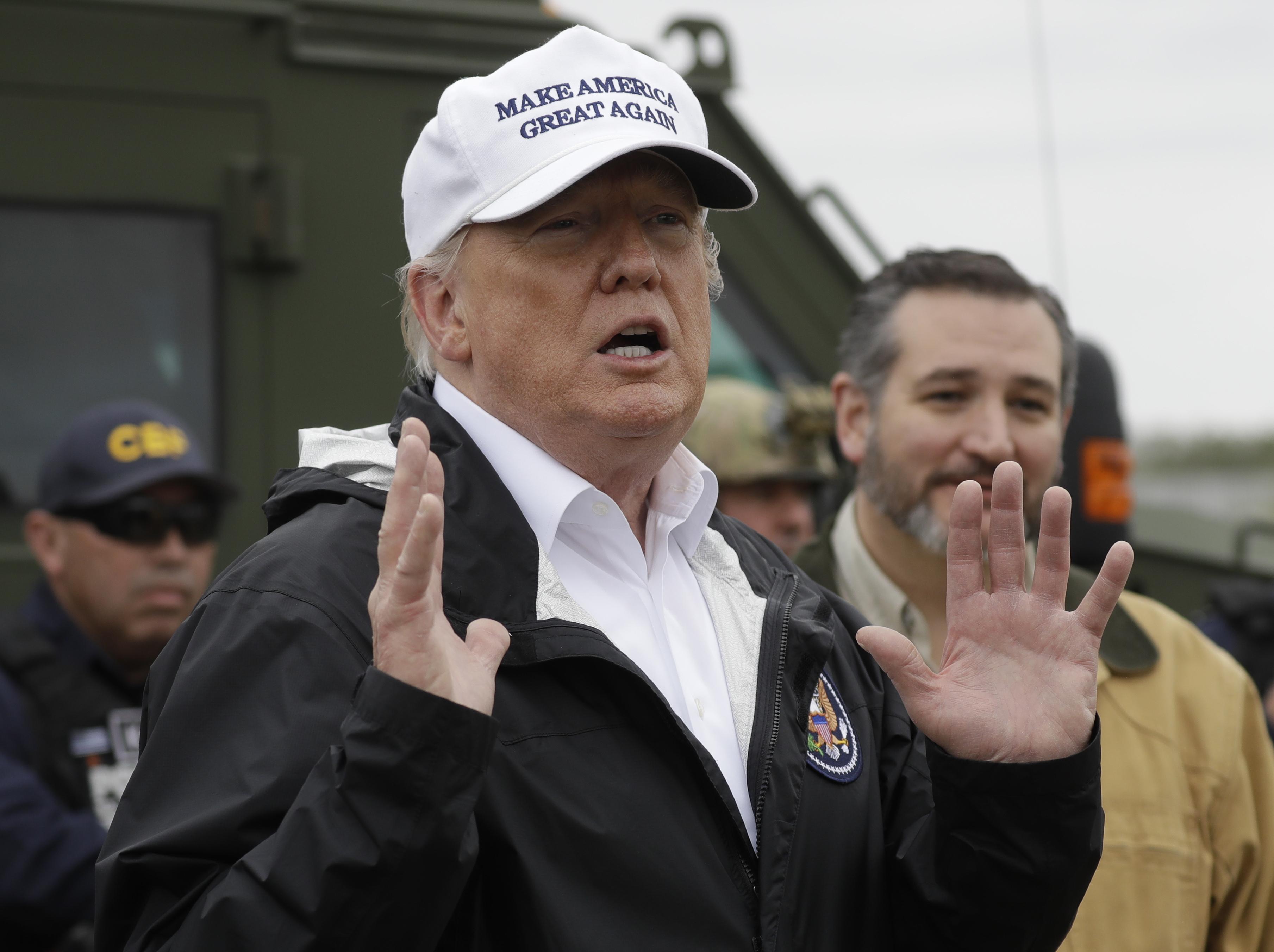 Citing unnamed former law enforcement officials, it reports that the FBI was gravely concerned by the President's actions.

It even led "the Feds" to believe that Trump may have been acting on the orders of Kremlin spymasters.

Comey had been a key player in the investigation into alleged Russian collusion with the Trump election campaign.

But he was unceremoniously dumped by the President – who has gone on to brand him a Democrat stooge – just four months after taking office. 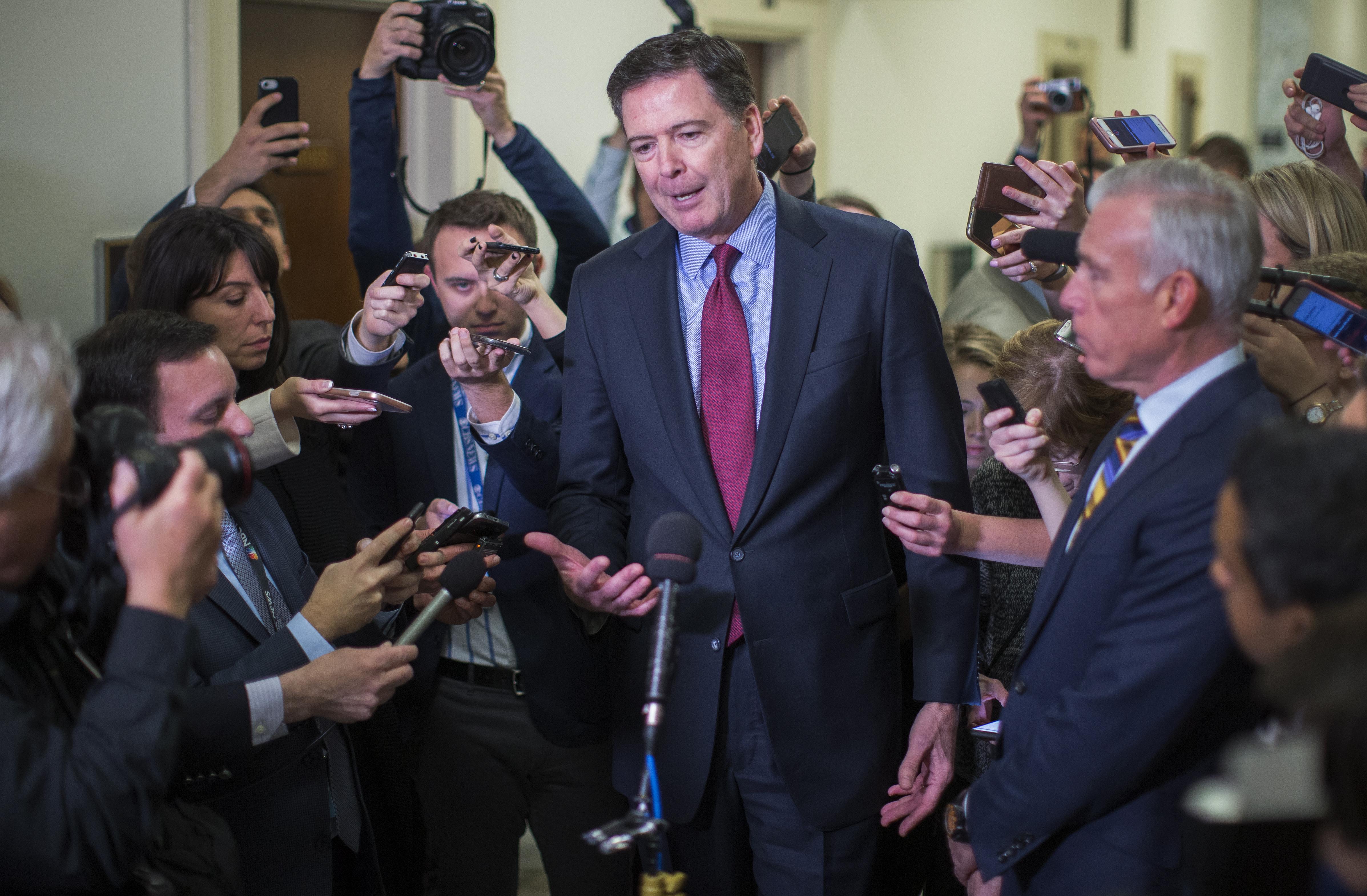 He said that no evidence has emerged in the 20 months since to suggest Trump is a Russian agent.

Giuliani told the Times: "The fact that it goes back a year and a half and nothing came of it that showed a breach of national security means they found nothing."

Trump sacked Comey on 9 May 2017 – taking to Twitter to announce it before Comey himself had been told.

The President said the FBI director had bungled an investigation into Hilary Clinton's use of private emails for government work. 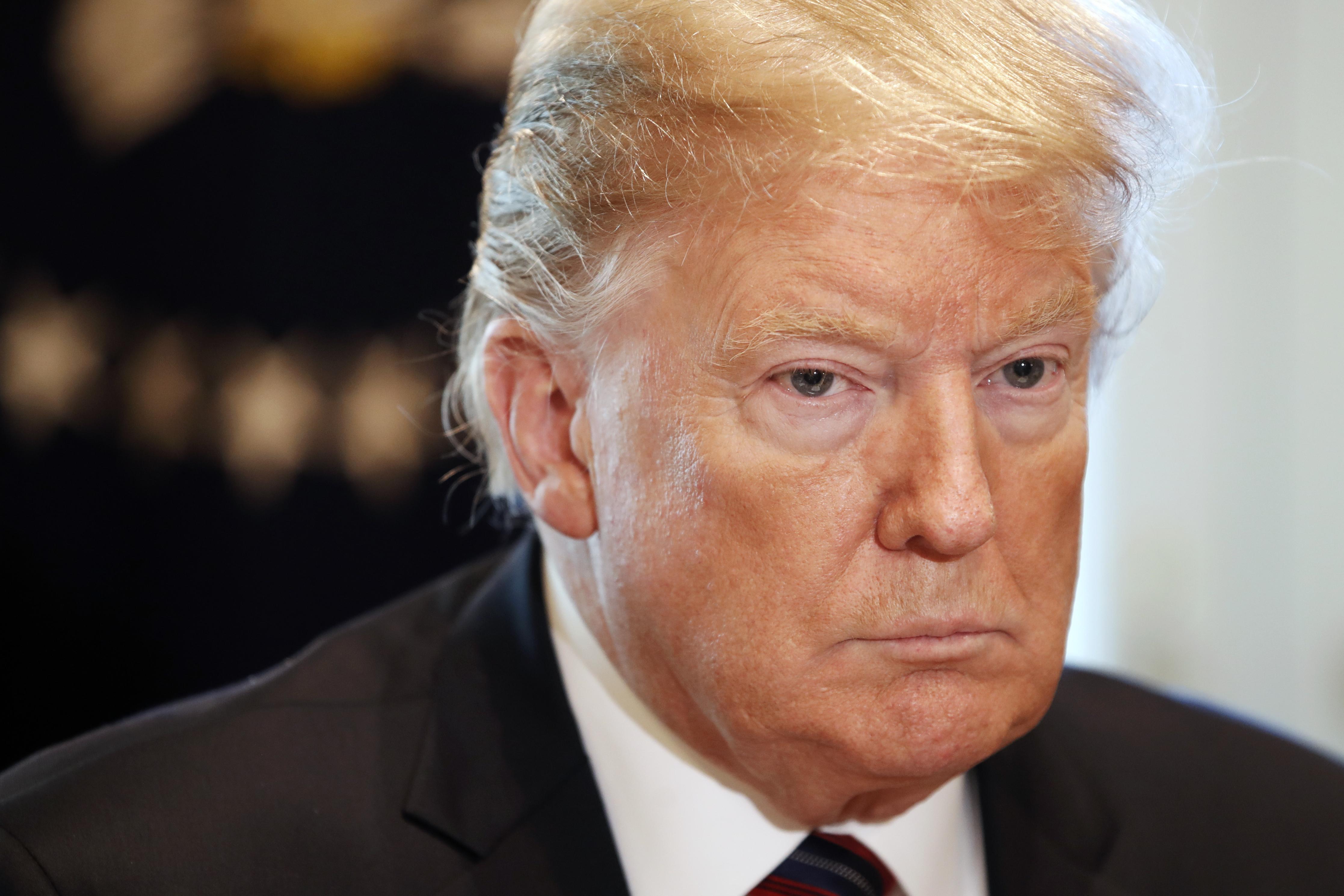 But according to the latest report into the row, FBI investigators became concerned that Trump was trying to stifle their probe into potential Russian meddling in the election.

A draft letter Trump had wanted to send Comey informing him that he had been sacked allegedly mentioned the Russian probe specifically, according to the Times' sources.

But the letter was never sent – allegedly due to the influence of Trump's deputy Attorney General Rod Rosenstein.

A final version of the sacking letter, which was sent and made public, made only a glancing reference to the Russia probe.

In it, Trump thanked Comey for, "informing me, on three separate occasions, that I am not under investigation." 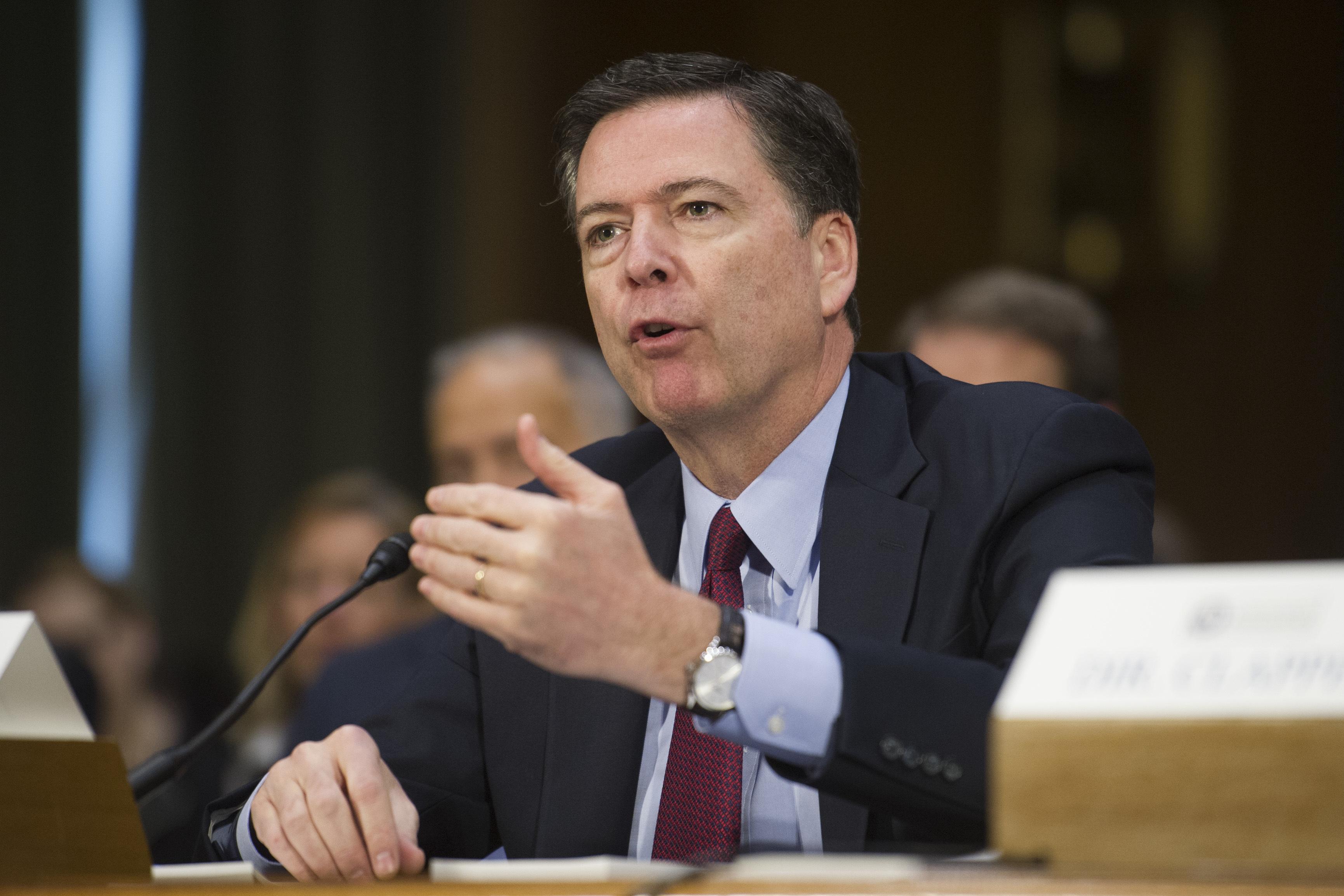 Another apparent red-flag for FBI investigators was an interview Trump gave on NBC news just days after Comey was sacked.

When pressed by host Lester Holt about the timing of Comey being sacked, Trump appeared to suggest that he had always intended to fire the FBI chief because of the Russia investigation.

Trump said: "I was going to fire Comey – there was no good time to do it.

"And in fact, when I decided to just do it, I said to myself – I said, you know, this Russia thing with Trump and Russia is a made-up story.

"It's an excuse by the Democrats for having lost an election that they should've won."

Defenders of the President have viewed this statement as evidence that he felt obliged to sack Comey even though it would make him look bad.

Trump also described Comey as a "real nut job" to visiting Russian officials in the Oval office days after the sacking, according to a document summarising the meeting seen by the Times.

It quotes the president saying: "I just fired the head of the F.B.I. He was crazy, a real nut job.

“I faced great pressure because of Russia. That’s taken off.”

A so-called "dirty dossier" drawn up by former British agent Christopher Steele which contained sordid and unsubstantiated claims against the President also concerned the FBI.

The dossier contained highly compromising claims against the President and was being used by Russia as leverage – although this has never been proved. 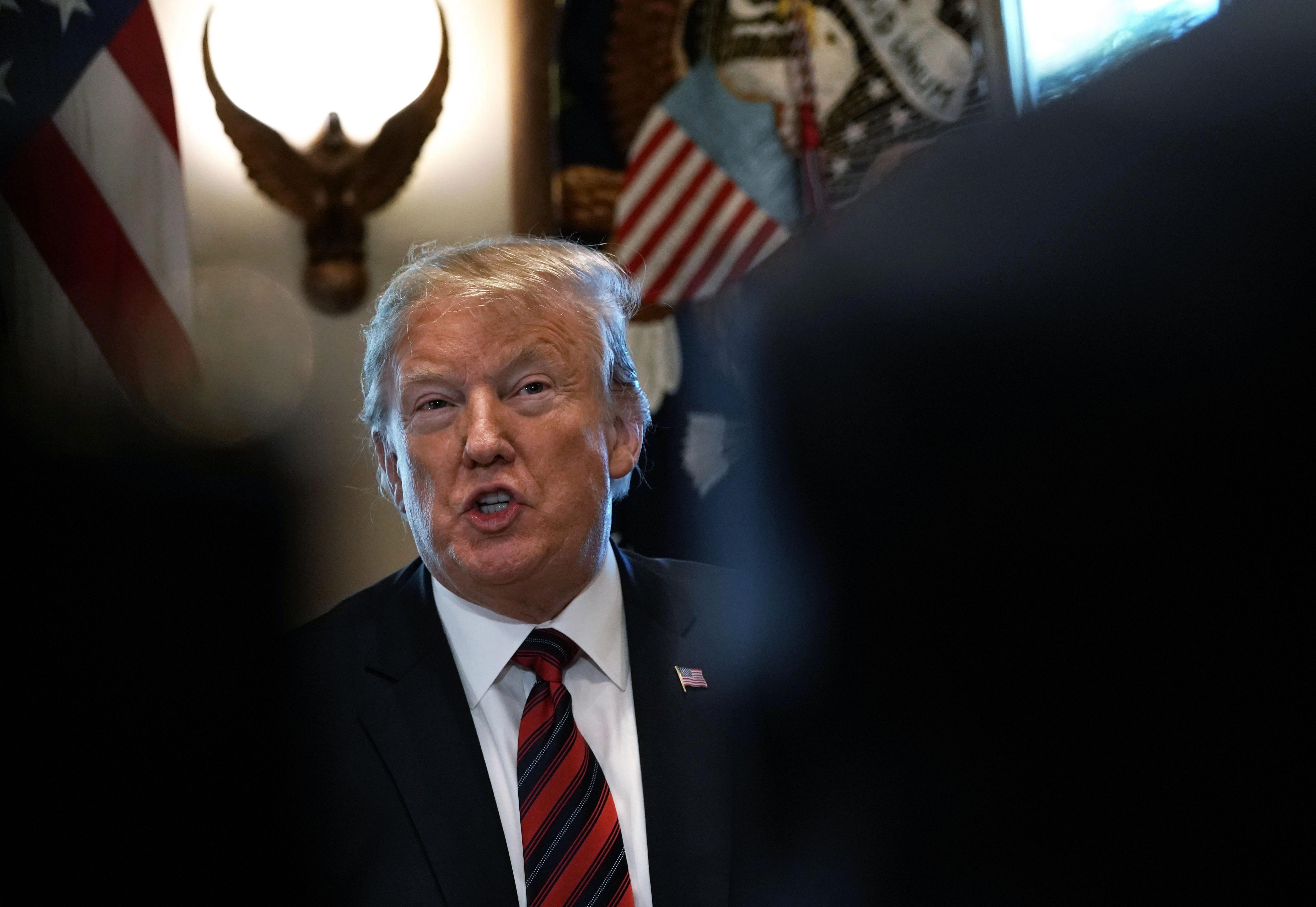 According to the Times, the investigation was both a criminal and counter-intelligence probe.

In the criminal aspect, investigators looked into possible obstruction of justice.

Meanwhile, a counter-intel investigation was set up to establish whether Trump was a potential threat to national security, according to the report.

Former FBI chief Robert Mueller was hired by the Department of Justice as a special counsel to lead an independent investigation into alleged Russian collusion with the Trump team during the election.

But it is unclear if the Mueller investigation is continuing the alleged counterintelligence probe started by the FBI into the President himself.

"James Comey was fired because he's a disgraced partisan hack, and his Deputy Andrew McCabe, who was in charge at the time, is a known liar fired by the FBI.

"Unlike President Obama, who let Russia and other foreign adversaries push America around, President Trump has actually been tough on Russia."