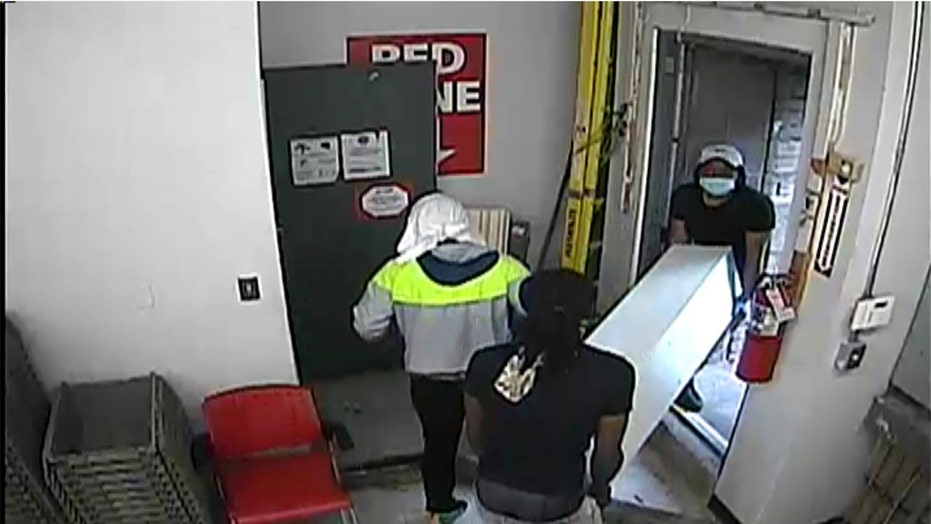 Investigators in Cleveland are looking for a group of men seen in surveillance images swiping a safe full of prescription drugs from a CVS Pharmacy during protests and rioting in the city May 30.

The suspects ripped a safe off the wall behind the counter and carried it out of the store, according to the FBI.

Surveillance images show at least four to six masked men taking part in the heist. The safe is tall enough to reach as high as their chins before they appear to rip it off the wall and carry it out through a back door. 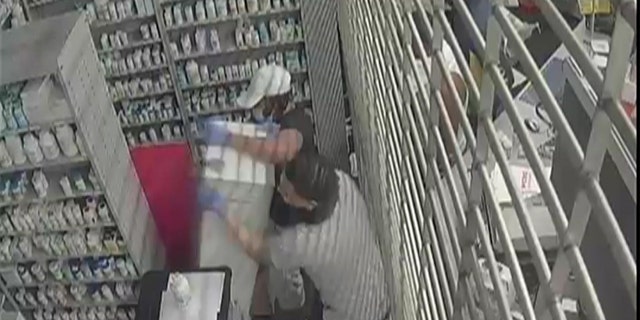 The thieves allegedly tore a safe off the wall of a CVS Pharmacy. (FBI)

They allegedly broke into it in a nearby parking garage and made off with prescription narcotics.

Authorities are offering a reward in connection with the case. Anyone with information about the suspects is urged to contact the FBI’s Cleveland Division, local police or Crime Stoppers.

Multiple businesses and other properties in downtown Cleveland suffered looting and property damage that night, according to the FBI. 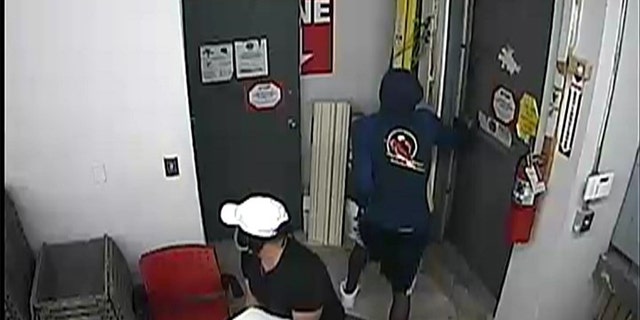 Images show the safe being carried out the back door. (FBI)

At least 99 people were arrested in the city during the weekend of the protests – and at least another 60 the following Monday.

DESPITE CLEVELAND POLICE CHIEF'S CLAIMS, NONE ARRESTED IN WEEKEND RIOTS WERE FROM OUTSIDE OHIO, REPORT SAYS

The CVS theft happened on the same night that protests over the death of George Floyd, systemic racism and police brutality across the country spiraled into rioting and looting in some cities. Authorities around the country have continued to announce new arrests in connection with crimes that occurred that night. 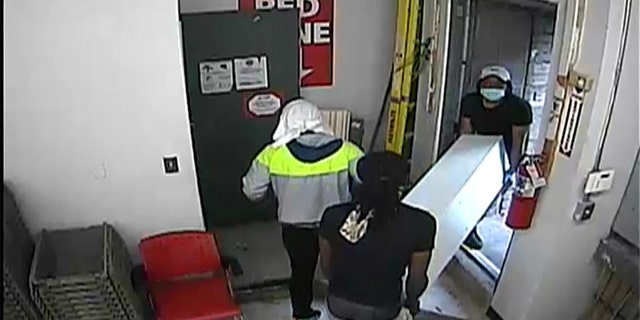 They allegedly broke into it in a nearby parking garage and made off with prescription narcotics. (FBI)

Eight people were indicted last week in Pittsburgh in connection with looting, rioting – and one for allegedly throwing an improvised explosive at a police officer. On Wednesday, police in Philadelphia announced the arrests of six people accused of battering and stealing from state police vehicles.

And Justice Department prosecutors have charged dozens with arson and other federal crimes around the country in connection with the riots.

Floyd was killed in police custody in Minneapolis on May 25. Four officers involved in the incident were fired from the Minneapolis Police Department and face criminal charges: Derek Chauvin, J. Alexander Kueng, Thomas Lane and Tou Thao.

Newly leaked police bodycam video shows even more of the encounter from the perspectives of Lane and Kueng.