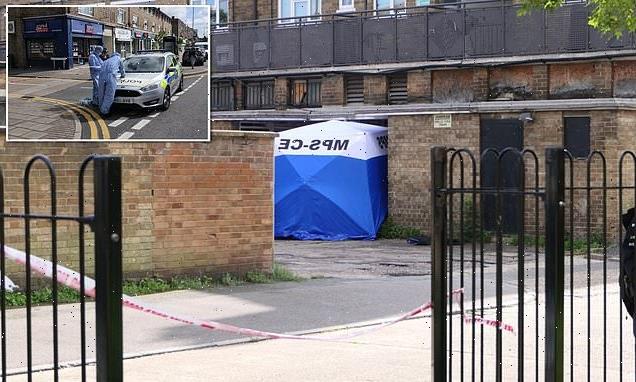 Father-of-three, 45, is knifed to death while ‘defending his daughter from gang of thugs harassing’ her on street

A father-of-three stabbed to death on a residential street in East London this week was allegedly defending his daughter from a group of thugs harassing her.

Neighbours have claimed that Jamie Markham, 45, was stabbed by one of the boys harassing his daughter in Chingford on Monday night.

His wife was apparently heard screaming when she found the ‘kind family man’ outside their home fatally wounded, MyLondon reported. 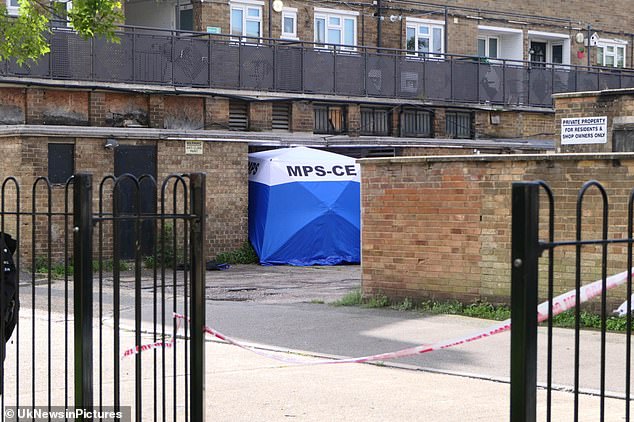 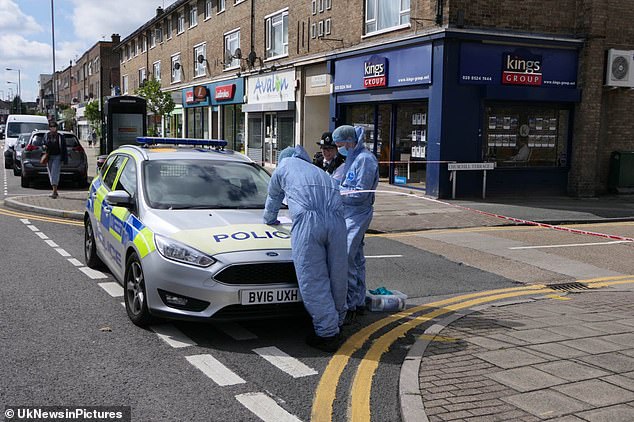 Despite the efforts of London Ambulance Service, Mr Markham was pronounced dead at the scene in Chingford Mount.

The area has now been cordoned off by police and detectives from the Metropolitan Police’s Specialist Crime Command have launched a murder inquiry. No arrests have been made yet.

Neighbour Susan White told MyLondon: ‘He was a quiet family man with three kids who kept himself to himself. It was devastating hearing his wife screaming like that last night.’

Another neighbour, Sandra Green, said : ‘He was no trouble at all, just got on with everything and was a kind, family man.’

The Met Police said officers were called at 6.20pm on Monday night to reports of a disturbance in Churchill Terrace, Chingford. 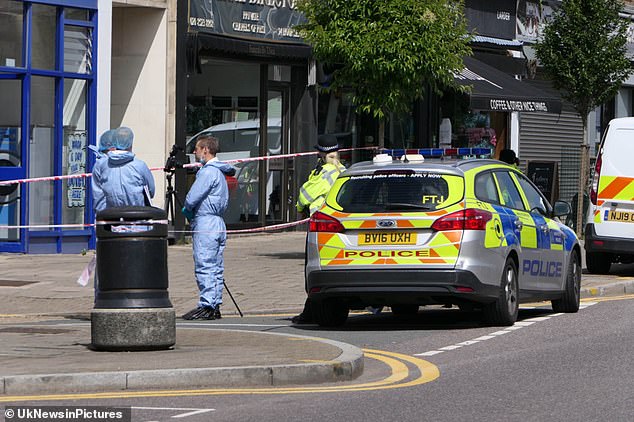 They found Mr Markham there suffering with stab wounds but paramedics were unable to save him. His next of kin have been informed and are being supported by specially trained officers.

Detective Inspector John Marriott, said: ‘A dedicated team of officers are working to piece together the tragic circumstances that led to this man losing his life.

‘The thoughts of all of us are with his family and friends as they come to terms with their loss.

‘We have already spoken to a number of key witnesses and recovered CCTV from the area, although I would like to hear from anyone else who witnessed the attack, or a disturbance beforehand.’

Chief Superintendent Richard Tucker, responsible for local policing in Waltham Forest, said: ‘The Met remains committed to tackling violence across London and I would like to reassure the community that we will do everything we can to track down those responsible for this attack.

‘I understand the concern this incident will cause and I would like to reassure residents that you will continue to see additional officers in the area over the coming days.

‘I would urge you to speak with them about any concerns you have.’