THE family of a former cop left for dead in a hammer attack have slammed the justice system after being told his assailant can leave a psychiatric hospital for two hours a week.

Retired policeman John Clowes was repeatedly hit over the head as he lay in bed at his sheltered housing complex in Clayton, Staffs. 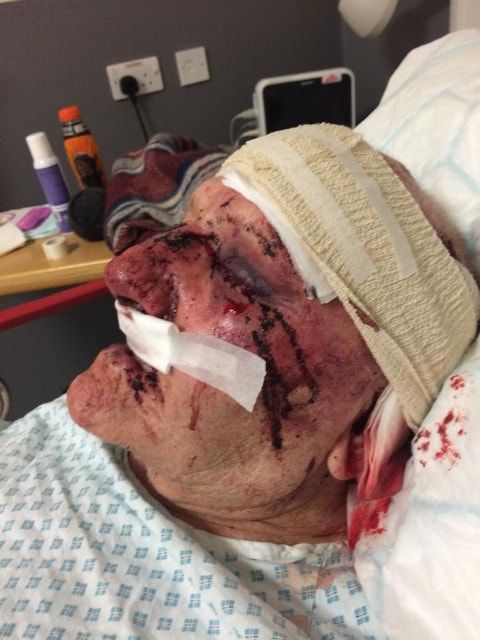 Simba Muguti was found not guilty of attempted murder by reason of insanity after a jury received instructions from a judge.

But John’s loved-ones were reassured 28-year-old Muguti, would not be able to harm anyone else after he was detained for an indefinite period for psychiatric treatment.

Now – just a year on from their horrifying ordeal – the 77-year-old and his relatives have been informed Muguti has been granted escorted leave with two members of staff – although he won't be allowed in the Stoke-on-Trent area.

His devastated granddaughter Donna Flynn, aged 36, also from Clayton, said: "When police detained Muguti it took six police officers and they had to Taser him twice in the heart to get him down and now he will be out on the streets with just two members of staff.

"In court we were told that he would be detained in hospital indefinitely. Never did we think he'd be allowed back into the community less than a year after the attack.

"When he attacked my grandad he had been released from Harplands Hospital six weeks earlier to self-medicate because they said he was safe to leave.

"Now it looks like he will be released from hospital fully in my grandad's lifetime because the hospital say he is making good progress.

"It's a miraculous recovery just five-and-a-half months since the trial where two of the country's top doctors said he was insane and a danger to the public.

"We feel completely and utterly let down by the justice system. How can somebody like that be released back into the public for two hours a week?

"My dad was a serving police officer and this is how he's being repaid.

"We wanted him to go to jail but now when he does leave hospital he won't even have a criminal record."

The family received the letter from the Ministry of Justice on September 9. 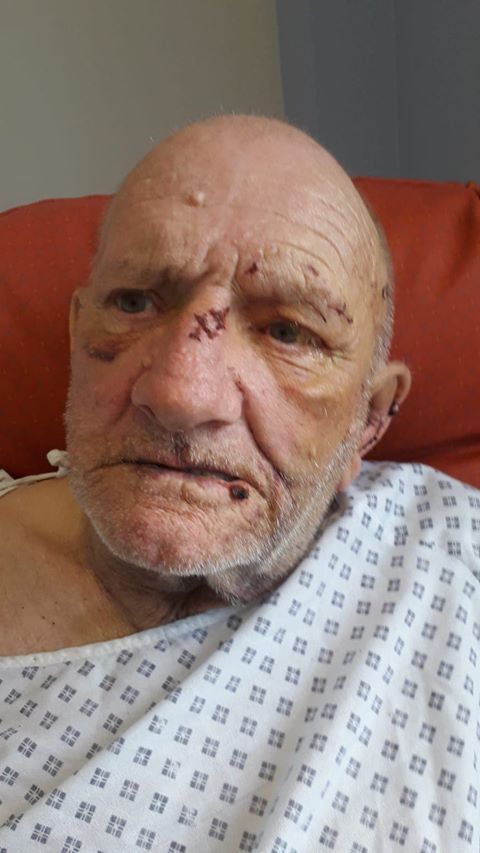 It came just 11 months after Muguti carried out the attack on October 14 last year.

Stafford Crown Court heard Mr Clowes' wife was woken at 3.40am and saw a man who was carrying a hammer. She ran into a room, closing the door.

Armed response officers arrived and found Muguti standing in a room at the end of a corridor, in darkness.

Once he was finally handcuffed a search took place and officers found Mr Clowes in his bed.

He suffered a severed left ear, head injuries, loss of blood and a black eye – leaving him permanently scarred.

And Donna says her nan and 13-year-old daughter – who were also in the property when Muguti broke in – are still traumatised by the events of that night.

The mum-of-two said: "If it wasn't for my daughter ringing 999 who knows what would have happened.

"I'm always convinced that he is going to come back. He lived five minutes away from my nana and grandad and he targeted a housing complex which he knew would be full of vulnerable people.

"My two children sleep with hammers under their beds because they're so scared."

John's wife Jennifer Clowe's says the night of the attack was like a 'horror film'.

The 74-year-old said: "I'm absolutely fuming. It's only five and half months since the trial and I feel as if we've been left down.

"John has dementia and I've had to tell him that Muguti is going to be released and now he's convinced that he is going to come after him. It's brought it all back."