A woman whose family home and property were destroyed by the deadly and devastating Camp Fire in Northern California has been reunited with both of her dogs, thanks in part, to the determination of an animal rescue volunteer.

When the Camp Fire broke out in November, burning Andrea Gaylord’s home to the ground, her two Anatolian shepherd-mix dogs — Madison and Miguel — went missing. The property had been in her family for 100 years, Gaylord said.

“It is very sad to see but it will renew,” she said of the destruction to ABC News affiliate KXTV-TV in Sacramento. “We’re still sifting through the ashes.” 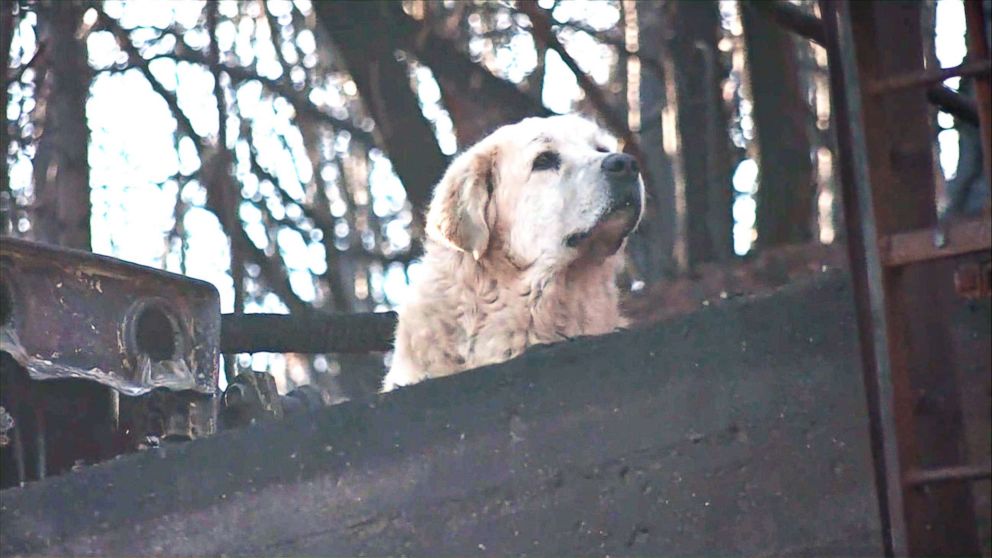 With neighborhoods completely wiped out and families not allowed to yet return to see the damage, volunteers like Shayla Sullivan were tasked with entering the fire zone and hopefully locating lost pets.

Sullivan said in a social media post that workers had reported seeing both Madison and Miguel.

On Nov. 24, Sullivan said, Gaylord told her that someone had messaged her via social media with a picture of Miguel. Sullivan said she was able to locate Miguel nearly 87 miles away. He’d been picked up by another rescue group.

With Gaylord and her husband unable to drive and staying in a shelter, Sullivan offered to pick up Miguel and return him to his family. Meanwhile, Sullivan continued trying to locate Madison.

“Shayla has been so helpful, you know, taking care of the dogs,” Gaylord told ABC News affiliate KXTV-TV in Sacramento. “I have 141 phone calls on my cellphone from this gal, helping us find our dogs.”

Sullivan said she saw the dog roaming around but was unable to catch him despite leaving food and water near the Gaylord property. Finally, after speaking to Gaylord, Sullivan said the two came up with the idea to leave a piece of clothing at the property to lure Madison.

On Wednesday, Sullivan shared that Gaylord had found Madison, after the family had finally been allowed to return to their property. Madison was found sitting guard on the family’s land. Sullivan said it was the best moment getting that call.

“Imagine the loyalty, of hanging in, through the worst of circumstances and being here waiting. It was so emotional,” Gaylord told the station. “You could never ask for better animals.” 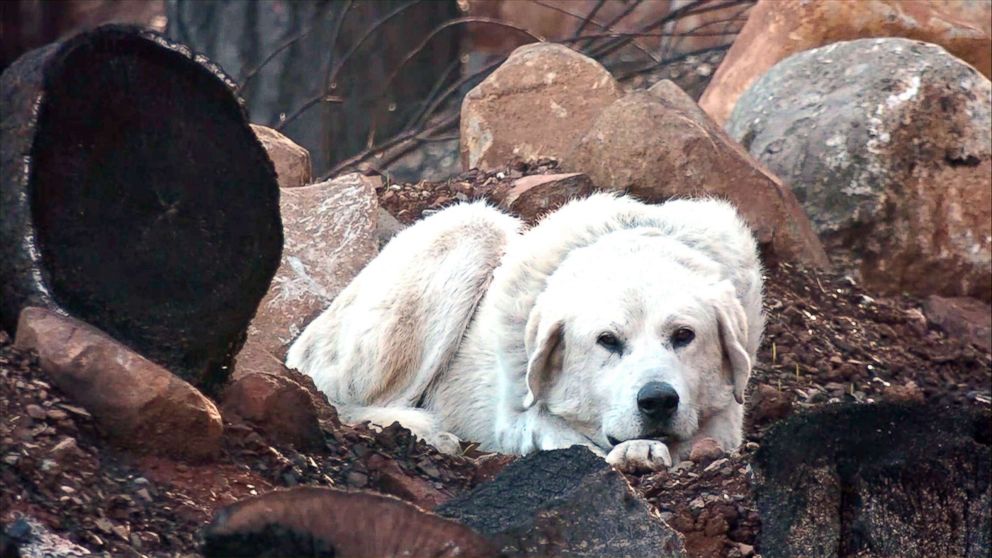 On Friday, Sullivan was present as Miguel, Madison and the Gaylords were all reunited.

The Camp Fire, considered the most destructive fire in state history, burned for 18 days, destroyed thousands of homes and structures, and killed at least 85 people before it was contained Nov. 25. Sullivan and Gaylord marveled at the fact that neither dog had sustained injuries from the fire.