The family of Harry Dunn, a British teenager who was killed when the wife of an American diplomat crashed into his motorcycle in August , said they learned about the woman’s written apology through media reports on Monday and claimed she has yet to contact them directly.

“She’s had seven weeks now to try to contact us in any way possible and we’ve had nothing up until we got advice and reached out to a family friend who’s an ex lawyer,” Dunn’s mother, Charlotte Charles, told ABC News on Monday. “I think she needs to just face what she’s done. We’re a normal family and we’re not out for revenge.”

Charles and Dunn’s father, Tim Dunn, traveled to the U.S. this week in an effort get justice for their son.

Harry Dunn, 19, was riding his motorcycle along a roadway in the village of Croughton, England, on the night of Aug. 27, when a car traveling in the opposite direction on the wrong side of the road hit him head-on, killing him. 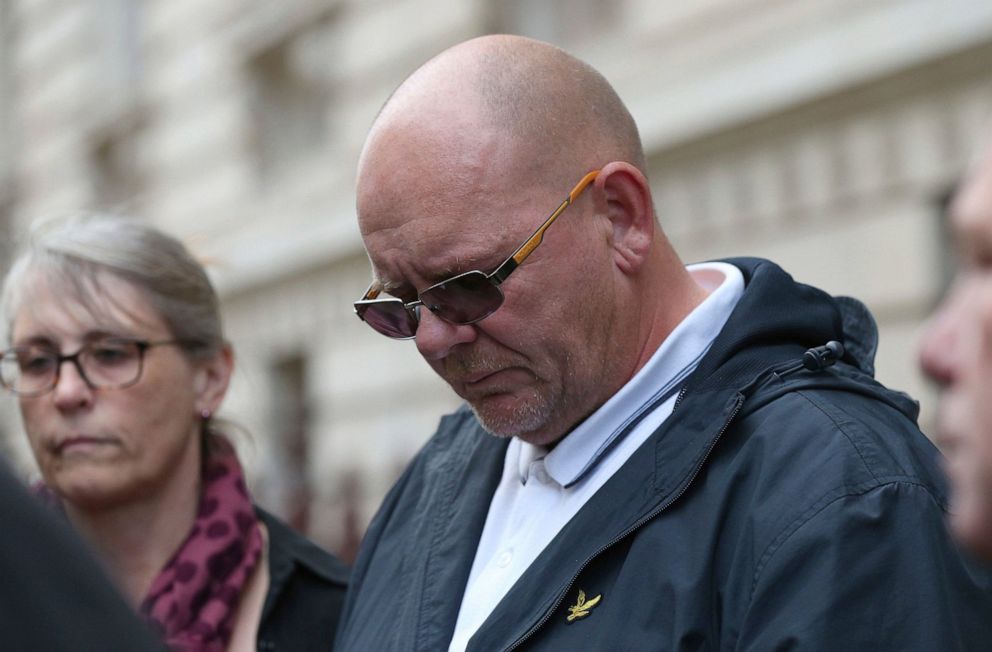 Anne Sacoolas, 42, who is married to an American diplomat, admitted that she was responsible for the crash, but fled the U.K. to the U.S. after apparently claiming diplomatic immunity, which protects diplomats and their family members from prosecution or lawsuits under the host nation’s laws.

She issued a statement through her lawyer, apologizing and saying she was “devastated by this tragic accident.” But the teen’s parents said the apology fell short.

“It’s not strong enough,” Charles said. “We have not actually been produced with the statement. But it’s still only in black and white, isn’t it? It’s not her voice, it’s not her coming to us and saying, ‘I’m really sorry.'”

Tim Dunn said he would have considered accepting her apology if it came “maybe a week after the accident or a few days afterwards.” 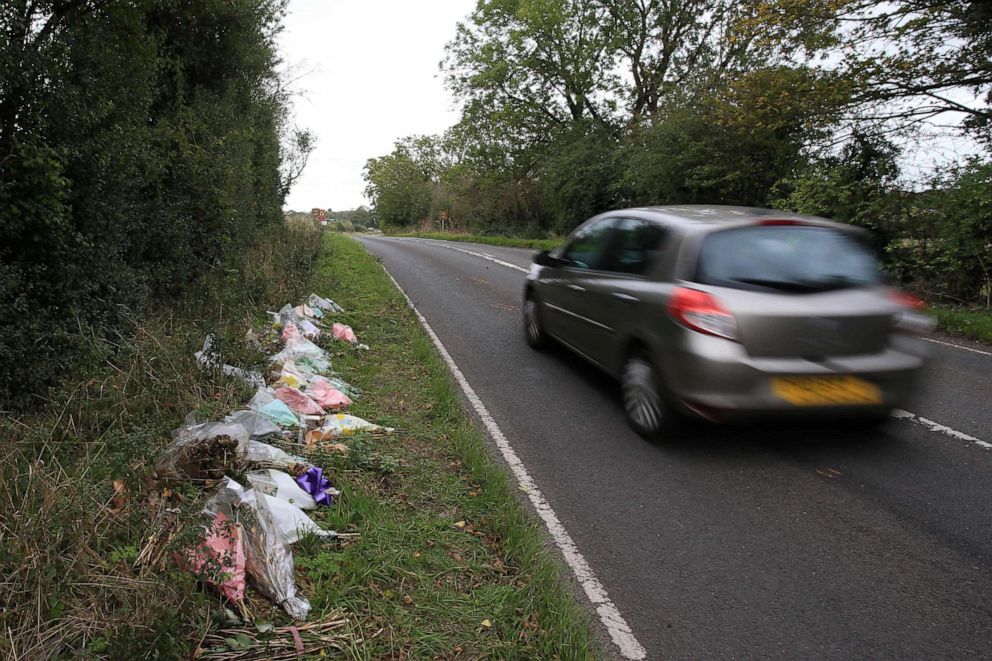 “Now, because she said the statement we feel like it’s only because we’ve done what we have done. So, it sort of forced her to say the statement,” Tim Dunn told ABC News.

Sacoolas left England about three weeks after the accident even though she allegedly told U.K. authorities that she would cooperate with the ongoing investigation. Her attorney, Amy Jeffress, said her client wants to meet with the family to apologize and take responsibility. Dunn’s parents told ABC News that they would only meet with her if she returned to the U.K. to face the consequences of her actions.

Police intended to arrest and formally interview Sacoolas, and they are “now exploring all opportunities through diplomatic channels to ensure that the investigation continues to progress,” according to Northamptonshire Police Superintendent Sarah Johnson.

“Our investigation into the death of Harry Dunn continues at pace,” Johnson said in a statement Sunday. “Northamptonshire Police remains absolutely committed to getting Harry and his family justice and we are doing everything on our side to ensure that a full and thorough investigation, with the assistance of all parties involved, takes place, in order for this to be achieved.”

In a recent letter to the parents, obtained by ABC News, British Foreign Secretary Dominic Raab explained that immunity “is no longer relevant” because Sacoolas has returned home to the United States. Raab said he and his staff have been “in constant discussions” with the U.S. government and Embassy officials since the deadly traffic accident occurred over the summer. 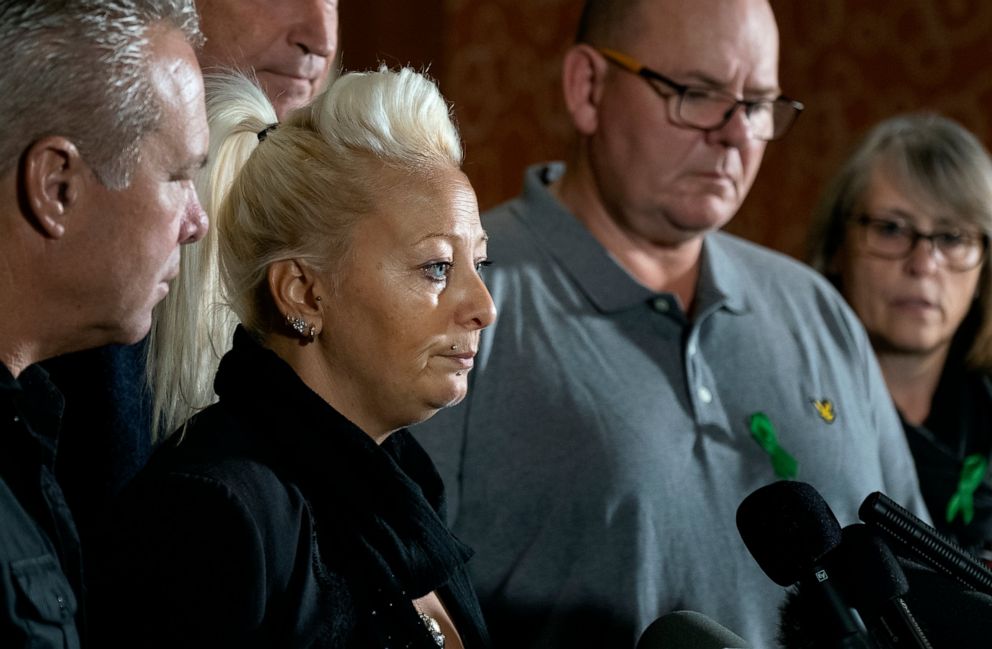 “We have pressed strongly for a waiver of immunity, so that justice can be done in Harry’s case,” the British foreign secretary wrote. “Whilst the U.S. government has steadfastly declined to give that waiver, that is not the end of the matter.”

The family, who described their son as “loving” and a “free spirit,” who would always stand up for what he believed in, said they were heartbroken beyond measure when they discovered that Sacoolas left the country.

“When she left the country, it made it feel like we lost him again, so we haven’t really started to grieve anyway,” Tim Dunn said. “I’m not ready to grieve yet. I need to get the justice for Harry and then maybe I can go and cry my heart out.”

“It was devastating. It was awful. It was like losing Harry again … it hurt that much,” Tim Dunn said.

The family said they plan to spend their time in the U.S. meeting with journalists and politicians in New York City and Washington, D.C., in an effort to “reach out for support from all Americans and to ask them to put pressure on the U.S. administration to do the right thing.”

“Our boy was just so heartfelt and he just stood up for his rights. We know we can’t let him down and we can’t let his twin brother down,” the teen’s mother said. “Any closure that we can get would help, but the main closure for us would be her getting on that plane, coming back to the U.K. to meet us and present herself to the police.”