Family fear British teacher ‘may have fallen off a mountain’ after he vanished 12 days ago while hiking to ‘deserted, lifeless and spooky’ ghost town abandoned 100 years ago in Turkey

The family of a British hiker who disappeared near a Turkish ghost town fear that he has fallen off a mountain but could be fighting to survive.

David Cann, 56, vanished 11 days ago when he set out on a nine-mile trek through the Dalaman area of the country while holidaying there.

The English teacher, also an experienced solo traveller, had planned to walk via the town of Kayakoy  – abandoned nearly 100 years ago and described by tourists as ‘deserted, lifeless and spooky’.

But when did not make his flight home and his belongings were found in his hotel room, holiday reps raised the alarm. 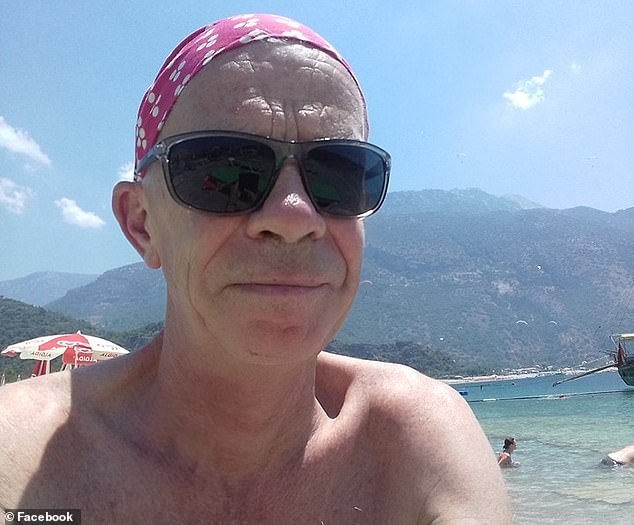 David Cann (pictured), 56, from Portsmouth, went missing 11 days ago during a week-long break in the Dalaman area of the country. He had planned a nine-mile hike via the abandoned town of Kayakoy but did not return to his hotel

After several days without any sign of Mr Cann, his family have said they are clinging to the hope that Mr Cann’s ‘resourcefulness’ may help him survive.

‘You don’t want to fear the worst so we’re trying to stay hopeful,’ nephew Gavin Thomas, 35, told the Sunday People

‘We think he may have fallen off a mountain and be lying somewhere or is perhaps a victim of criminal activity.

‘We’re clinging to the thought that Dave is a resourceful man. If anyone can find a way out of a dangerous situation, it’s him.’ 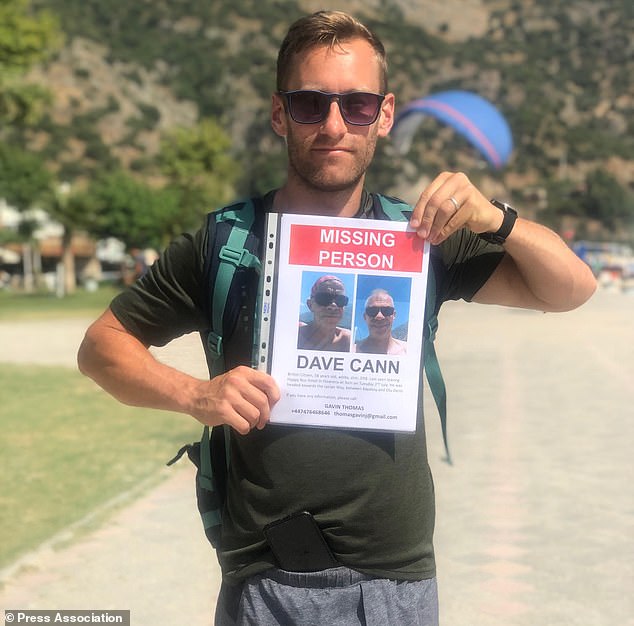 His nephew, London firefighter Gavin Thomas (pictured), 35, and his wife Georgina, have flown to Turkey to search for him. Mr Thomas says his uncle may have fallen off of a mountain but is hopeful his ‘resourceful’ nature could help him to survive 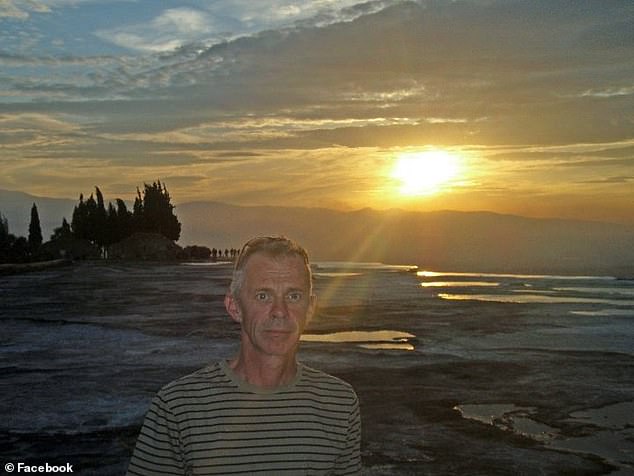 He was last seen leaving the Happy Nur Hotel, in Hisaronu, on July 2 after telling the manager he planned to go walking

The holidaymaker was last seen leaving Happy Nur Hotel, in Hisaronu, on July 2 after going walking.

A 60-strong search party using dogs and drones is now engaged in the hunt.

However his anguished family have criticised the ‘red tape’ in Turkey for slowing down the search operation.

Mr Thomas, a London firefighter, blasted Turkish authorities for failing to pinpoint the GPS on his uncle’s phone.

He said he had asked the public prosecutor and British consulate to track the device and was told it was being pursued. 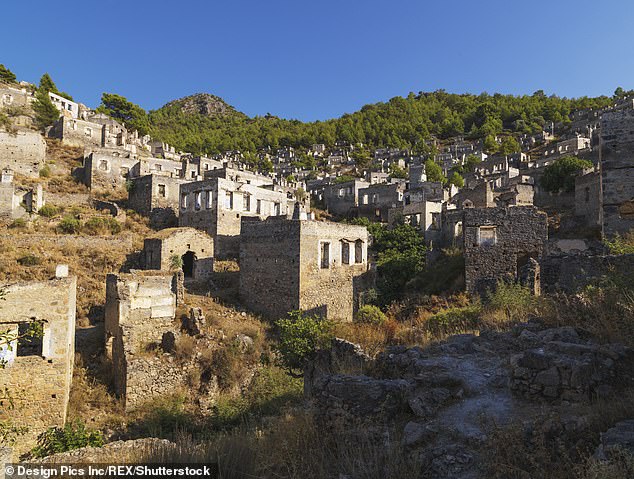 He planned to trek via the ‘spooky’, abandoned Kayakoy (pictured) during his nine-mile route

He added: ‘It’s the first thing you’d think they would have done.

‘I kept on ­calling Dave and leaving voicemails till last Monday morning, when his phone died. It can still be tracked – but nobody has.

‘Yet the rescue team says GPS intel could narrow the search area down to just 20 metres.’

Mr Thomas said his uncle, who is single and has no children, often goes on holiday alone but his disappearance is completely out of character. 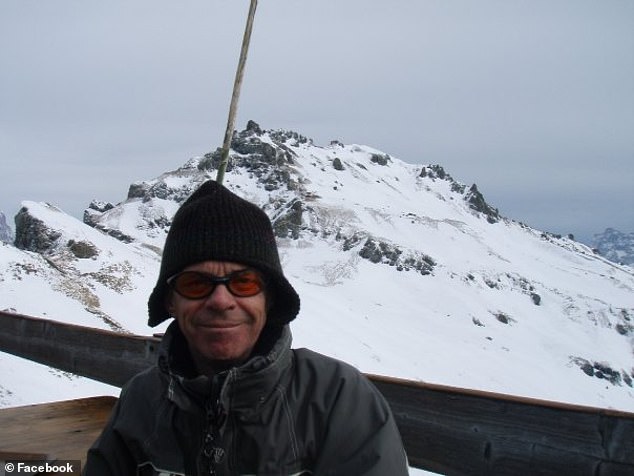 A holiday rep raised the alarm after Mr Cann, who teaches English as a foreign language, did not make his flight home and his belongings, including his passport, were found in his hotel room

In the days before he went missing he had been paragliding and on a Jeep safari, sharing a beer with fellow hotel guests the night before he vanished.

‘He told the guys at the hotel he was going off, but not to be in contact with anyone is completely not normal,’ he said.

‘Speaking to the guys at the hotel, he was in good spirits and having a good time.

‘There was absolutely nothing to suggest anything different when he was at home.’ 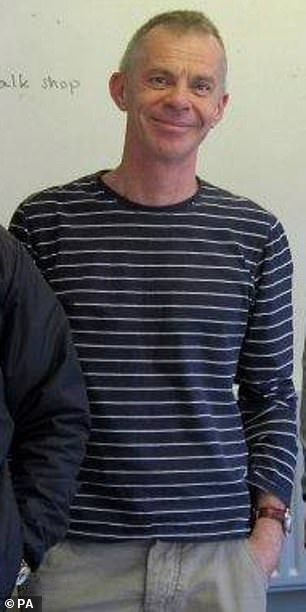 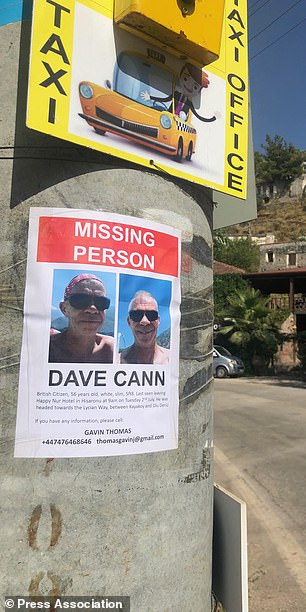 Mr Cann’s (left) family have put posters up in the area (right) in a bid to trace him. Mr Thomas said he may have injured himself while out hiking, although another holidaymaker told him three men tried to force him into a dark car on the same path Mr Cann is thought to have taken a week earlier 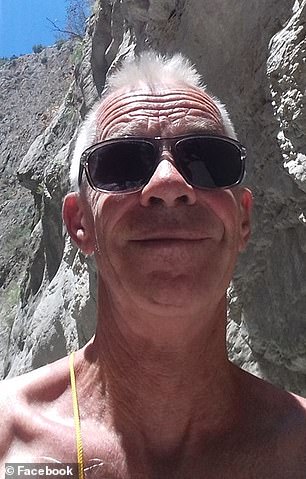 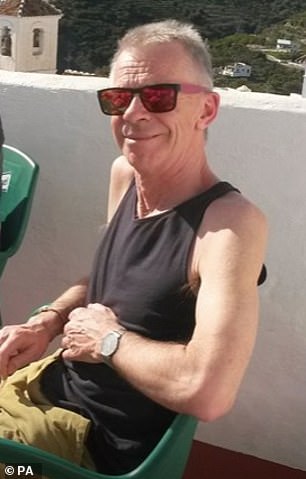 Mr Thomas said his uncle (left and right), who is single and has no children, often goes on holiday alone but his disappearance is completely out of character

His family think the best hope of finding him now lies in tracking his mobile phone, which stopped ringing on Monday, and they are pushing for Turkish authorities to use the technology.

‘It’s such a vast area and the amount of time that’s passed means the search could be going further afield,’ said Mr Thomas.

‘He could have gone into a different resort so I would just ask people to keep an eye out.’

A Foreign Office spokesman said: ‘We are providing support to the family of a British man who has been reported missing in Turkey, and our staff are in contact with the Turkish authorities.’

Kayakoy, a Unesco World Friendship and Peace Village, is located in the Fethiye Peninsula, not far from white sand beaches and pricey resorts on the Aegean coast.

The village was abandoned when its inhabitants returned to Greece in a population exchange between the two countries in 1923 following the Greco-Turkish War. 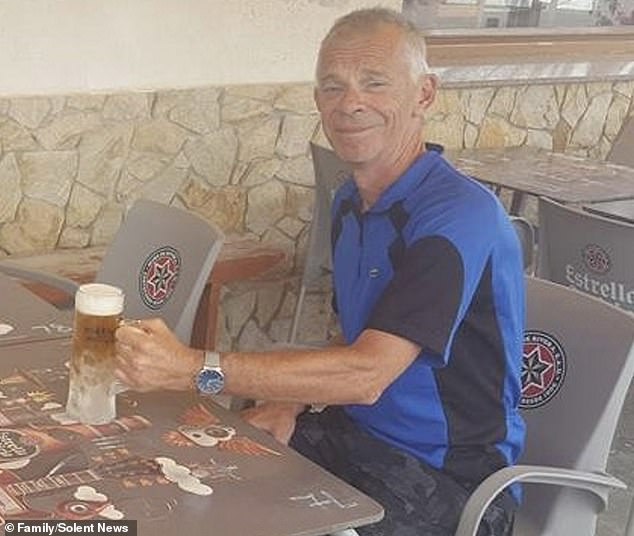 More than 60 people, along with dogs, drones and mounted officers, conducted a search across a wide area of forest on Tuesday but no trace of Mr Cann was found. His family think the best hope of finding him now lies in tracking his mobile phone, which stopped ringing on Monday, and they are pushing for Turkish authorities to use the technology