The display in Chard, Somerset, uses a mix of traditional Christmas lights and projection of the characters from the social media phenomenon. 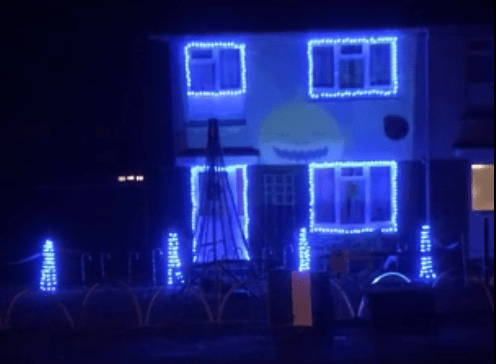 Lights are used to mimic a tree in the front garden, another set mimic waves by moving and all of the lights used flash and change colour.

As the tune begins to play the lights flash on and off around the house's windows before the whole display comes to life with the projected sharks singing.

The projection also comes with the catchy tune played out loud in sync with the characters mouth's moving for a complete Baby Shark feel.

The family even put lights around the rims of all the windows and completed the festive feel with candy canes made out of lights. 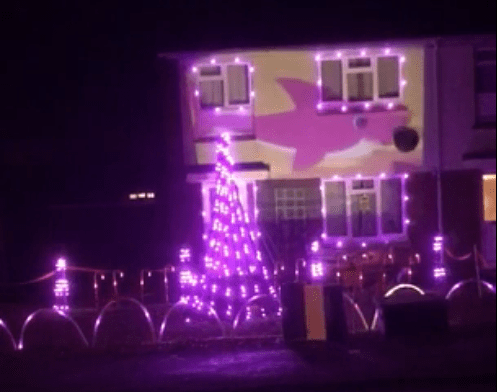 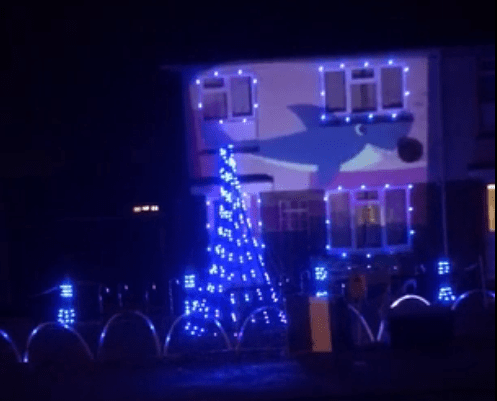 After the video was posted on Facebook it was met with mixed reactions from parents – with some loving it and others threatening to "cut the power" to the house.

It has been seen over five million times and shared more than 91,000.

What is Baby Shark?

Baby Shark is a song created about a shark family by a Korean YouTube channel called Pingfong back in November 2015.

The video features cartoon characters and the words along the bottom for users to sing along – with the intention to help speech development.

People were filmed dancing along to the tune while walking next to a car doing the dance moves from the original video.

The moves include different hand movement for each member of the shark family to go alongside the lyrics.

The video is now YouTube's 35th most watched video of all time with 1.6billion views

One user commented: "This is just down the road from me. They do a big display every year and raise a huge amount of money for charity. They deserve praise for their hard word."

Another wrote: "My toddler would love to see this, she is baby shark mad." 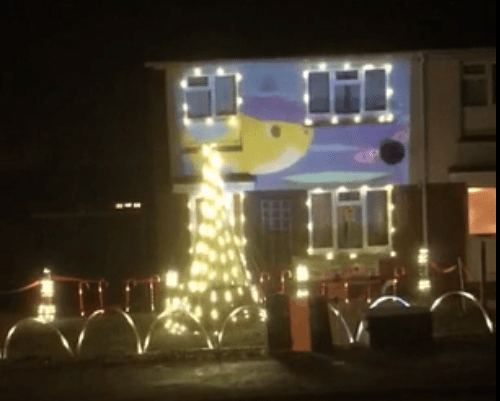 However other parents were less-than impressed by the family's efforts with one jokingly threatening they'd "cut the power to their house".

One comment reads: "Now I have a sense of humour but Baby Shark is the most annoying thing since Agadoo".
Another complained: "Neighbours must love them, haha I think I'd cut the power to their house, sod having that going off."

The song has already been used to help teach viewers of This Morning CPR with Dr Ranj showing how to use the beat of the song to tell when to do a compression.

It was even the opening number on the X Factor final and has since been released as a single released by Simon Cowell's four-year-old son Eric.

The song is even popular with the older generation and one boozed up teenager even got the lyrics tattooed on her arm while in Ibiza – to the fury of her father.