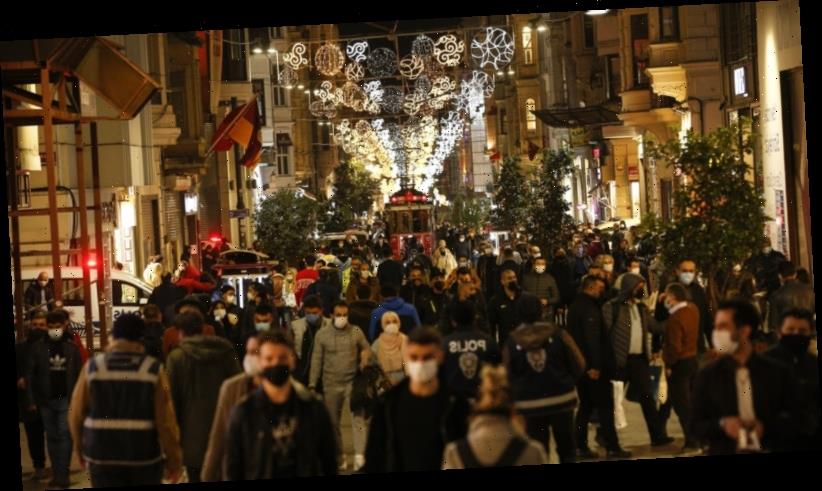 Over 30 countries have reported cases of the highly-transmissible UK COVID-19 strain, raising fears of increased global spread of the virus, even as countries begin to unroll vaccination programs in the new year.

New Zealand on Sunday was the latest nation to find the variant onshore – six cases of the mutant strain were detected among 19 new coronavirus cases in hotel quarantine.

Travellers heading to New Zealand from the United Kingdom or the United States will, from January 15, need a negative test result for COVID-19 before entering the country.

“We intend the test to also have an added benefit of encouraging extra-cautious behaviour before people fly and during flights and layovers that will minimise exposure to the virus.”

Vietnam reported one case on Saturday, which authorities detected in a woman quarantined after recent travel from the United Kingdom. Vietnam has banned nearly all international travel, but it is providing repatriation flights for citizens stranded in Britain.

Turkey reported Friday its first 15 cases of the strain, found in recent travellers from the UK, leading Turkish authorities to issue a temporary ban on entries from the there. Turkey, along with many other countries, suspended flights between the United Kingdom in late December.

Australia identified two cases of the new British strain on December 21, 2020 in NSW hotel quarantine, and one case of the South African variant, also considered extra infectious, in Queensland quarantine on December 29, 2020.

But Australia's Chief Medical officer Paul Kelly has said Australia's already stringent quarantine requirements did not need to be upgraded. 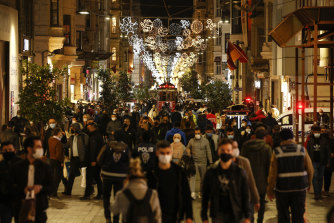 At least three US states have identified cases of the variant. Public health officials, however, say it is likely already spreading undetected due to limited genetic sequencing of the coronavirus in the United States.

The United States leads the world in coronavirus cases and deaths, though widespread transmission of the fast-spreading form of the virus would likely lead to even larger outbreaks, putting further strain on the country's already overwhelmed health-care system.

In recent weeks British authorities have imposed strict lockdowns on millions of people as the variant, first documented in late September, has led to surges in infections. So far, scientists do not think that the fast-spreading form of the virus is more deadly or vaccine resistant.

As global infections continue to rapidly rise, Ireland has recently gone from having the European Union's lowest per capita rate of cases to the fastest growing.

"The virus is absolutely rampant now in the community," the CEO of Ireland's health services Paul Reid said Friday. "Everybody is at extreme risk of contracting the virus."

But Philip Nolan, the head of Ireland's COVID-19 modelling group, told national news broadcaster RTE on Saturday that the UK. variant represented between 5 per cent and 17 per cent of current cases, according to the latest available genetic analysis.

While Nolan predicted new infections would continue to increase as the variant spreads, he attributed the current surge to socialising over the Christmas holiday.

"Right now we believe the UK variant is here at a relatively low level, even with that small sample," he said. "We saw an even more intense level of socialisation and viral transmission over Christmas than we might have expected and that's what's leading us to the really precarious position we're in now."

The bleak return to lockdowns in many communities across the globe comes in sharp contrast to the hopeful rollout of vaccines programs in some countries.

Israel has provided the first of two coronavirus vaccine shots to more than a million of its citizens, the highest rate in the world since beginning its efforts in late December. The United States, in contrast, vaccinated some 2.8 million people by December 30, falling far short of President Trump's pledge to inoculate 20 million people by the years end.

Despite widespread expectations that vaccines will turn the tide of the pandemic, it will still take weeks for the initial shots to kick in and months before vaccines will likely become available for a majority of the world's communities and countries, in particular poorer ones. Adding to concerns, significant percentages of many populations have reported hesitations around injecting the fast-tracked vaccines, while health experts worry about the impact of disinformation campaigns dissuading the public from taking it.

As the United Kingdom tries to contain the variant, health authorities have also deviated some from initial inoculation plans.

On Wednesday, British health officials said they would prioritise giving more people the first shot to ensure wider, partial protection from the virus, and in turn delay providing the second injection, only after which is the vaccine is most effective.