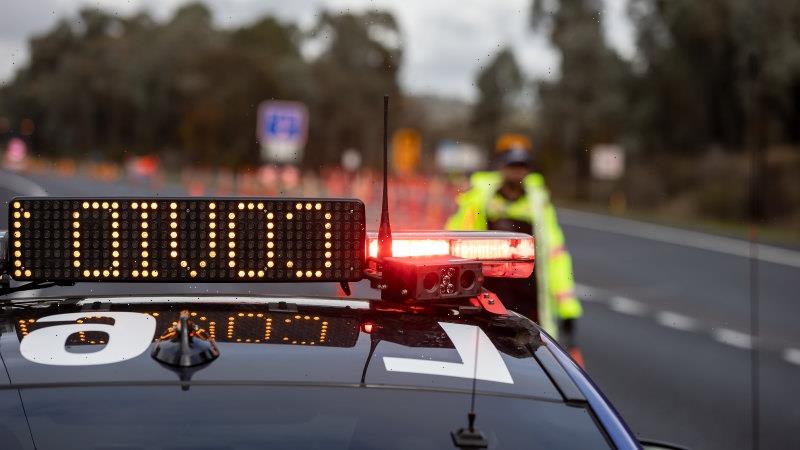 A night curfew, taped-off playgrounds and worker permits will return to Melbourne from Tuesday as public health officials and epidemiologists warn tough new restrictions are the only way for Victoria to avoid following NSW into a disastrous coronavirus outbreak.

Chief Health Officer Brett Sutton warned Victoria was “right on the cliff edge” of an explosion of coronavirus cases after several major breaches of restrictions, including an organised takeaway pub crawl in Richmond and an engagement party attended by 69 guests.

“We are at the brink and we need to step back from the brink,” he said.

Melbourne’s lockdown has been extended for two more weeks, dragging it out until September 2. A curfew from 9pm to 5am was reintroduced and playgrounds will be closed. Limits have been placed on construction and exercise will now be restricted to two adults from the same household.

Liberty Victoria questioned the curfew, saying Victorians were yet to be given any evidence it reduced transmission.

Victoria’s building industry said the tougher lockdown would add more than $500 million a day to the cost of the latest outbreak.

In a two-hour press conference, Premier Daniel Andrews vented his anger at people who had broken the rules, saying they jeopardised the work of everyone who was obeying restrictions.

“It is selfish, they are shitty choices and they will keep us all locked down for longer than we should be,” he said.

Mr Andrews said the new restrictions, which come into force at 11.59pm, were introduced to stamp out rule-breaking behaviour and illegal gatherings. Health authorities also said not enough people were working from home.

There has been three positive cases linked to the engagement party and Mr Andrews warned it was now a waiting game to see whether breaches over the weekend turned into super-spreading events.

“We are at a tipping point,” he told reporters, as he warned of up to 13 chains of transmission circulating in Melbourne.

The new restrictions are in line with the toughest stage-four restrictions that applied in Melbourne last year.

Essential workers will be required to obtain permits for authorised work. It also means Melburnians face significantly tighter rules than Sydneysiders, where playgrounds remain open and there is no time limit for exercise or nightly curfew.

Deakin chair of epidemiology Catherine Bennett said the only chance Victoria had at getting ahead of the virus was going “really, really hard now” or risk not coming out of lockdown until the end of the year.

“The problem for Victoria is that while the cases are still low, every unlinked case probably signals that there are another 10 linked cases out there and we don’t know where they are,” Professor Bennett said.

“If we don’t knock this over in the next week or two then we will be in lockdown until our vaccination rates get higher.”

Professor Nancy Baxter, clinical epidemiologist and head of Melbourne School of Population and Global Health, said a clamping down on playgrounds and a nightly curfew sent a “strong message to the entire community that we are in trouble.”

There has been no transmission linked back to playgrounds yet, but Professor Baxter said she believed their closure was necessary for the next two weeks.

“With Delta, we know there has been transmission between children, and playgrounds are an obvious place for households to mix,” she said.

Professor Baxter said it was impossible to continually decontaminate all playground equipment and there were challenges in being able to police people in parks. 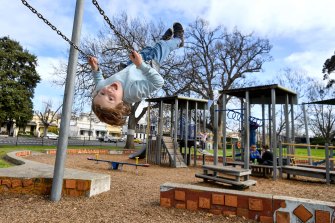 Professor Sutton said the evidence for curfews was also hard to tease apart from the suite of interventions imposed at the same time, but they were necessary to reduce movement.

Epidemiologist Mike Toole said the Burnet Institute examined the effect of Melbourne’s stage-four restrictions last year and, while it was clear they had a dramatic effect in turning around the second wave, it was impossible to establish which particular measures worked.

He was supportive of the measures returning for now, saying the curfew would be a “game changer” for compliance with public health orders.

“It brings us back to the full package of stage four last year,” Professor Toole said. “And we know that it worked.”

Professor Toole said while there had been a lot of countries that had introduced curfews, they had typically been done alongside other restrictions, making the effect of each rule impossible to unpick.

He warned modelling for NSW’s outbreak showed cases were doubling every 11 days, and would likely reach a seven-day average of 1000 by the end of the month.

Professor Sutton said he had thought “long and hard” about what closing playgrounds would mean for families with young children, for whom the playground was “one of the only escapes from home in a day”.

“It is not an easy choice to make and the welfare issues are real.”

However, he said he was concerned by the number of gatherings at playgrounds where parents had been observed unmasked and drinking coffees while they mingled.

James Trauer, head of epidemiological modelling at Monash University’s School of Public Health and Preventive Medicine, said while he backed tougher measures, there was a danger it could force activity back behind closed doors.

“If people are sneaking their kids around to neighbours’ houses where they can’t be seen … and hoping that would get them out of any associated punitive consequences, that could actually really increase the risk of transmission,” Professor Trauer said.

He said playgrounds were much more visible, so people were more likely to comply with rules, such as mask wearing and social distancing. Outdoor activities also posed far less risk of transmission than mingling indoors.

But Professor Bennett, who was among the most vocal critics of the long-running five-kilometre rule last year, said new restrictions were matters of compliance and enforcement, not epidemiology.

“Clearly people are too relaxed right now, and we are hearing about organised events that undermine everything we are trying to achieve here,” she said.

“This about what the government thinks is necessary to drive that message home to people that the harder we do it, the shorter the lockdown.”

Victorian Police Chief Commissioner Shane Patton described the conduct of some Victorians as “selfish and absolutely outrageous.” and confirmed all of the adult guests at the engagement party will be hit with a $5500 fine.

He warned the discretion period for fines was over in Victoria as he revealed police also broke up a dinner party of eight in Southbank, a party of eight in Melbourne and stopped a private property on the Mornington Peninsula from hosting a dance party for 1000 people.

“We have seen so many different breaches, it is ridiculous, it has to stop,” Mr Patton said.

Up to 100 infringement notices were handed out by police over the weekend and Mr Patton said Protective Services Officers will patrol parks and public places over coming weeks.

Meanwhile, Victoria’s building industry says the tougher lockdown will add more than $500 million a day to the economic cost of the state’s latest COVID-19 outbreak.

Major building jobs will be limited to 25 per cent of their usual workforce on site, while smaller projects will have a cap of just five people on the job at a time.

The Master Builders Association of Victoria says tens of thousands of construction workers will be stood down, with the loss of up to $63 million a day in wages.

Liberty Victoria questioned the curfew arguing Victorians are yet to be provided with any evidence that shows curfews reduce the risk of COVID transmission.

“Merely making policing easier should not be a foundation for such restrictions on our freedom of movement,” the organisation tweeted on Monday afternoon.