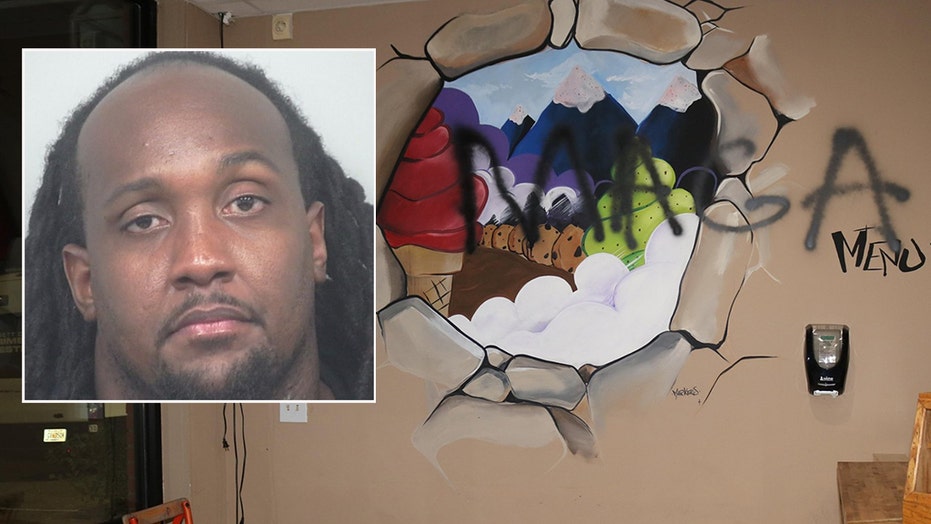 A former NFL player has been accused of trashing a restaurant and an ice cream shop he owned near Atlanta to make it look like a hate crime.

Gwinett County police say they found the n-word, “monkey,” “MAGA” and swastikas scrawled on the walls and booths of the two businesses, Create & Bake Pizza and Coughman’s Creamery in Lawrenceville.

Edawn Coughman, 31, of Buford, was arrested Thursday on charges of false reporting a burglary, insurance fraud and concealing a license plate before being bonded out of jail, police said.

Coughman was signed out of Shaw University to the Seattle Seahawks practice squad in 2012 and then spent parts of the next season with the Dallas Cowboys and Buffalo Bills, the Gwinnett Daily Post reported Friday. He was claimed by the Tampa Bay Buccaneers in 2014 and then signed by the Washington Redskins later that season. 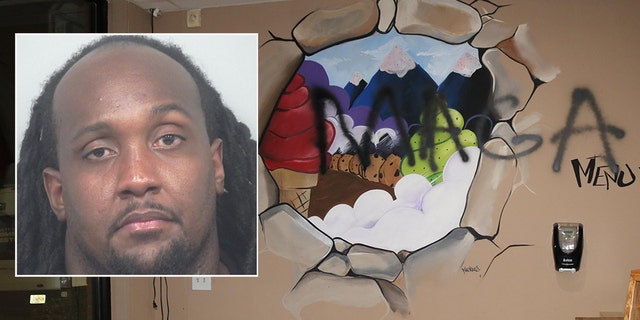 Police said in a news release that an officer responded Wednesday night to a 911 call reporting a man damaging the restaurant and the ice cream shop and getting away in a truck without a license plate. The restaurant's rear door showed signs of a break-in.

When officers pulled over the truck they found Coughman behind the wheel and learned he was the owner of the damaged businesses, according to the news release. In the truck were several TVs that appeared to have been ripped from a wall.

The news release quoted Coughman as informing the officers that he had noticed the damage earlier in the day and called his insurance company to report it but not 911.

"It's possible he was trying to stage this as a hate crime," Cpl. Michele Pihera told the Daily Post. "We don't know if he was trying to get attention for this. What we do know is, if that witness had not called us and if those officers had not responded as quickly as they did, we would probably be sitting here talking about a completely different crime in which Mr. Coughman would be trying to say he's a victim."