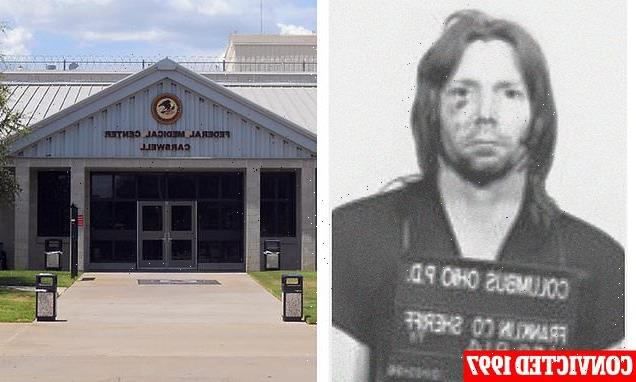 Transgender ex-neo-Nazi bank robber, 63, will get ‘gender surgeries’ fast-tracked by Texas Bureau of Prisons after she filed lawsuit against the agency over delays 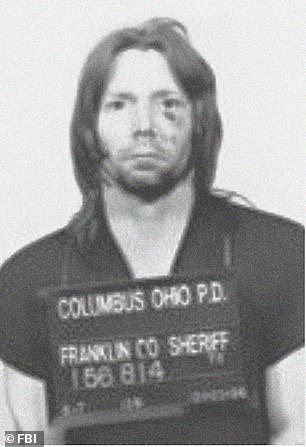 Donna Langan, born Peter, (pictured) was convicted in 1997 to life in prison for robbing two banks. She demanded the government help provide her gender confirmation surgeries

The U.S. Bureau of Prisons has fast-tracked ‘gender confirmation surgeries’ for a transgeder ex-neo-Nazi serving life in prison for two violent robberies after she filed a lawsuit against them for delaying her request.

Donna Langan, born Peter, 63, was part of the Aryan Republican Army (ARA), a neo-Nazi group, and was convicted in 1997 to life in prison with an additional 35 years for two bank robberies where she used firearms and explosives, Fox News reported.

Langan, who identifies as female, spent two decades in a male prison before being transferred to the Carswell Federal Medical Center women’s prison, in Fort Worth, Texas.

In September 2021, Langan filed a complaint against the Bureau of Prisons (BOP), claiming she ‘experiences debilitating anguish as a result of severe and inadequately treated gender dysphoria.’

The BOP said in a joint report on Friday that Langan’s request will finally be fulfilled ‘quickly,’ without the need to settle things in court.

‘Plaintiffs concur that the actions of the government appear to show that the surgery is on track, and will not be postponed excessively, or artificially delayed,’ the report states.

‘In light of the steps [BOP has] taken towards providing surgeries to Plaintiff, the parties believe there is a possibility that all claims in this case might be resolved without the need for further litigation.’ 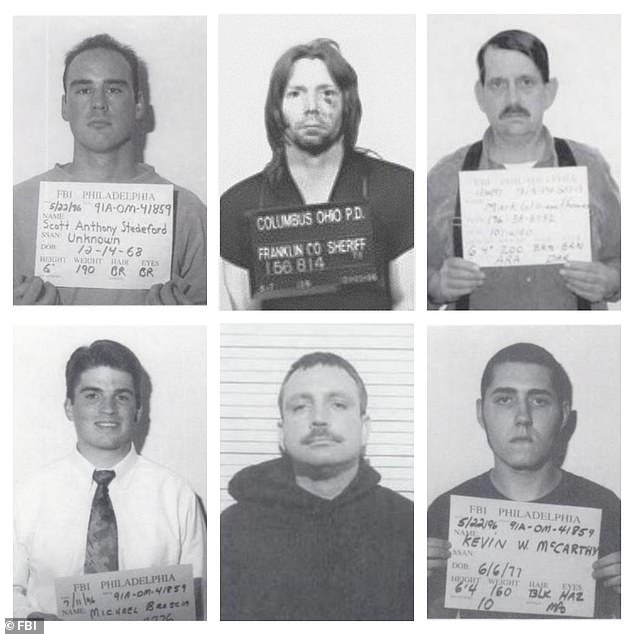 After serving about 20 years in prison, Langan was transfered to the Carswell Federal Medical Center women’s prison (pictured), in Fort Worth, Texas, where she claimed to suffer discrimination and gender dysphoria as she pleaded last year to be allowed surgery

Langan, who had a surgery consultation on June 10, has said she knew ‘she had been misidentified as a boy’ by the time she was four, and that her ‘entire life has been shaped by the agonizing tension between the immutability of her gender identity and the often life-or-death danger of publicly living her truth,’ according to the 2021 complaint.

‘To alleviate this suffering, and the other harms and risks of harm she faces as a result of sex-based discrimination, she has for decades sought, and now seeks via this complaint, gender confirming surgeries (hereinafter ‘GCS’), most urgently vaginoplasty,’ the filing stated.

Langan has also claimed that she has changed since her conviction in the late 90s and no longer holds her racist beliefs.

She was the co-founder of the Aryan Republican Army, which conducted 22 bank robberies across America reminiscent of the 1991 film, Point Break, where the gang donned masks of former presidents during their raids, Dallas Morning News reported.

Langan, known as Commander Pedro, gained infamy not only for the brazen heists, but also for spreading white supremacist propoganda calling for an ethnic cleansing.

In her trial, it was revealed that Langan led a double-life, going by Peter the white supremacist during the day, and by night, a redhead named Donna sporting pink, manicured nails. 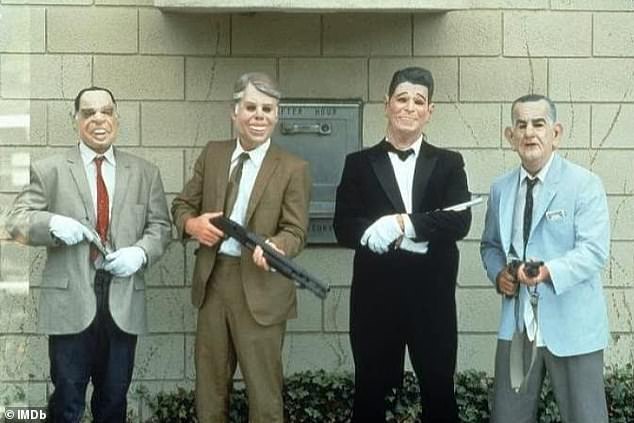 Langan and her gang donned the masks of former presidents during their daring bank robberies, taking cues from the 1991 film, Point Break (above)

By 2017, Langan was one of a few transgender inmates who successfully transferred to the Carswell women’s prison, sparking contraversy as three inmates called on the BOP to remove Langan and the other transgender women.

‘My bodily rights are being violated by the Defendants housing men in the prison,’ Rhonda Fleming wrote in her January 2017 complaint. ‘I am being humiliated and degraded every day so that men that identify as women can be comfortable.

The BOP had initially expanded the rights of transgender inmates in the final two days of the Obama administration, allowing transgender women to be transferred to women’s prisons, before it backtracked on the changes under the Trump administration.

Since then, there have been several lawsuits calling on the government to remove these inmates, as well as suit to allow the inmates to go through gender confirmation surgeries.

Last week, Christina Lusk, 56, a trangender woman, filed a lawsuit against the Minnesota State Corrections Department seeking $50,000 in financial compensation because she was assigned to the men’s prison and denied gender-affirming surgery. 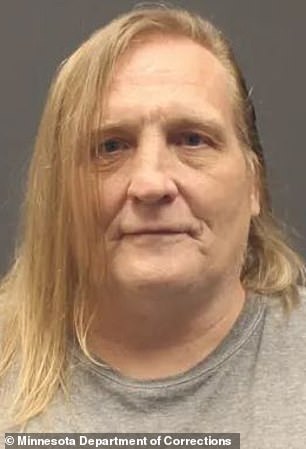 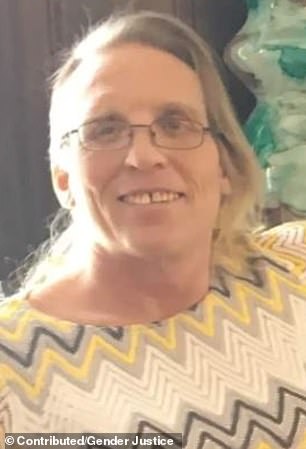 Christina Lusk, 56, has filed a lawsuit against the state corrections department seeking $50,000 in financial compensation because she was assigned to the men’s prison and denied gender-affirming surgery

Lusk, who is legally recognized as a female, has asked to be moved from the men’s facility in Moose Lake to the women’s prison in Skakopee.

Lusk, of Minneapolis, came out as transgender 14 years ago, started human therapy, and legally changed her name in 2018. The following year she pleaded guilty to a felony drug possession charge.

Jess Braverman, an attorney for the group Gender Justice, which is representing Lusk along with the Minneapolis law firm of Robins Kaplan, said her client is unsafe in Moose Lake.

‘She’s a woman, and suddenly she’s placed in a men’s facility. She’s in a locked cell with a number of men, and she’s really exposed to harassment and violence in that setting,’ Braverman said.

While in prison, Lusk has also been denied gender-affirming surgery by corrections officials – despite doctors approving the procedure before she was incarcerated, the lawsuit says. She is set to be released in 2024. 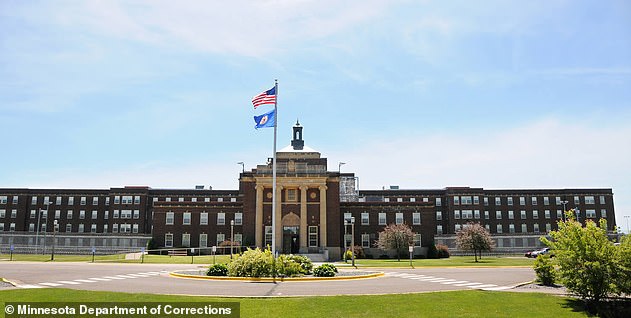 Lusk, who is legally recognized as a female, has asked to be moved from the men’s facility in Moose Lake (pictured) to the women’s prison in Skakopee

Lusk has been seeking a vaginoplasty since her incarceration but DOC Medical Director James Amsterdam has determined that she should not be allowed the genital surgery whilst in prison, but ‘could pursue that after release’, according to the lawsuit.

Lusk wrote in the complaint: ‘I have been diagnosed with severe Gender Dysphoria. I have attempted suicide four times due to my severe distress caused by my GD as well as self mutilation. My mental capacity is under control, and I am able to make good decisions as far as surgery.

‘I have letters of support from my primary physician, my gender specialist, my therapist, as well as my psychiatrist, only two letters are required for surgery but I go up and beyond what is required.’

The move by the corrections department to hold Lusk in a men’s prison and deny her the surgery is unconstitutional and a violation of her human rights, according to the lawsuit.