A former head of MI6 warned ministers today that allowing their children to use TikTok could put them at the mercy of Chinese spies.

Nigel Inkster said that the controversial social media app could provide a backdoor for Beijing to steal secrets from high-ranking members of the Government.

He spoke as ministers came under pressure from China hawks to take action again the platform, which has more than 3.5million active users in the UK alone.

Donald Trump last week issued executive orders effectively banning the video sharing app and messaging service WeChat from the US unless it comes under new ownership.

Using national emergency powers, Trump on Thursday night signed the orders, which give TikTok parent ByteDance 45 days to sell the app, and bar WeChat from the US after the same time period.

TikTok has strenuously denied having links to the autocratic communist regime in China.  But Mr Inkster, who led the foreign intelligence service until 2006, said that as long as its owners were based there, it would be seen as a risk.

‘Where the Chinese intelligence services are very strong is in identifying non-obvious entry points to certain targets,’ he told the Telegraph.

‘They have shown a lot of skill in this regard.’ 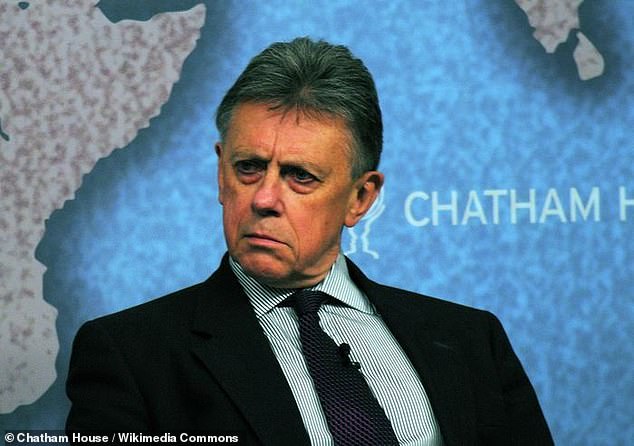 Microsoft has emerged as the most likely buyer of the US operations of TikTok, which would avoid it being effectively banned on national security grounds.

A deal would be in line with Microsoft’s stance toward China where the firm has a sizeable presence – unlike fellow US tech heavyweights such as Facebook Inc and Alphabet Inc’s Google which appear to have given up on China’s consumer-facing market with its miscellany of government strictures.

Microsoft employs roughly 6,000 people in the country, with offices in Shanghai, Beijing and Suzhou.

Its flagship Windows operating system is widely used, though revenue has long been crimped by piracy.

But Twitter has approached ByteDance to express interest in a deal as well. Experts raised doubts over Twitter’s ability to put together financing for such a large acquisition, after word of the talks was first reported Saturday by the Wall Street Journal, citing sources familiar with the matter.

It is far from certain that Twitter would be able to outbid Microsoft and complete such a transformative deal in the 45 days that President Donald Trump has given ByteDance to agree to a sale.

Twitter has a market capitalization of close to $30 billion, almost as much as the valuation of TikTok’s assets to be divested, and would need to raise additional capital to fund the deal.