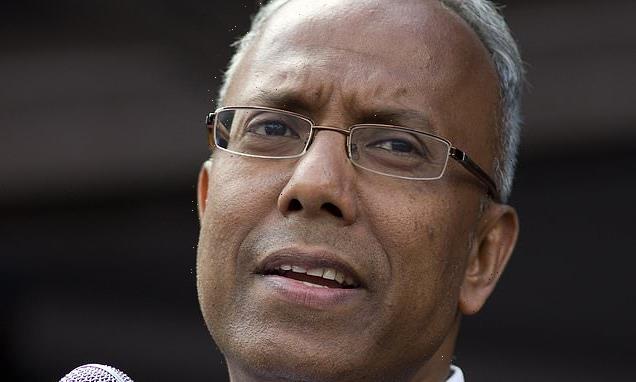 A former mayor found guilty of electoral fraud is embroiled in fresh controversy over remarks one of his supporters made about ‘collecting’ postal votes, The Mail on Sunday can reveal.

Mr Rahman, 56, was ordered by a High Court judge to step down as mayor of Tower Hamlets in East London in 2015 over a string of electoral offences, including harvesting postal votes on an industrial scale.

Originally Labour, but elected as an Independent, Mr Rahman was barred from elected office for five years but is now standing to become mayor of Tower Hamlets again. 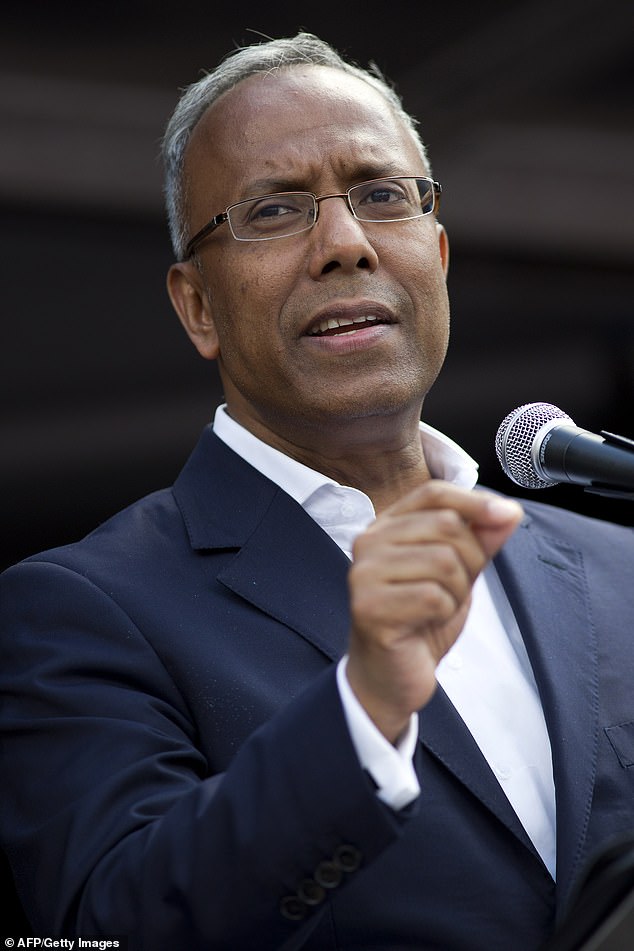 But a video posted on social media shows one of his supporters, Mohammed Abdus Shukur, 58, telling a packed meeting of activists last September to ‘collect’ votes for Mr Rahman.

Mr Rahman attended the meeting at a halal steakhouse. While there is no evidence that he condoned Mr Shukur’s words, he did not criticise or clarify the remarks.

Last week Communities Minister Kemi Badenoch warned the Metropolitan Police and the Electoral Commission of possible fraud in polls next month in Tower Hamlets. Campaigners are not allowed to fill in or collect others’ postal votes, to prevent ballot papers being used fraudulently.

Previous instances of election fraud in the borough, where Mr Rahman has been tipped to unseat the Labour incumbent, involved registering fake voters for postal ballots in unoccupied flats, and party activists posing as council officials to collect postal ballots from elderly Asian residents before filling them in themselves.

Tory Lord Hayward highlighted the video of Mr Shukur in the Lords recently, saying: ‘On four occasions during that meeting, different people do not refer to campaigning for votes, but repeatedly use the word “collect”.’

Mr Shukur’s legal representative said that by ‘collecting votes’, their client meant ‘encouraging the audience to go out campaigning to persuade others to vote in a certain way’. Mr Shukur’s comments were investigated by the police who did not pursue the matter, they said.

Mr Rahman said: ‘To drag a key worker into a political row is unfair and unreasonable. If I had any inkling that any campaigner on any side intended to abuse a position of trust, I would report it instantly.’