"There are not many things I would bet my life on," Comey told the two dozen representatives from two congressional panels, in private. "I would bet my life that Bob Mueller will do things the right way, the way we would all want, whether we're Republicans or Democrats, the way Americans should want." 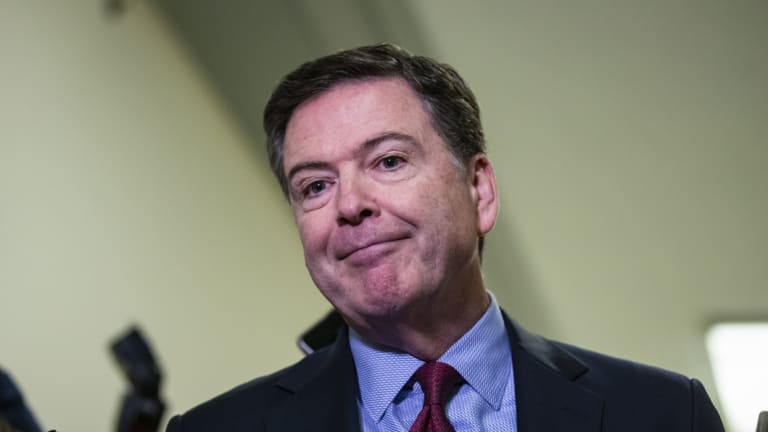 James Comey, former director of the Federal Bureau of Investigation), pictured after testifying before the House Judiciary and House Oversight and Government Reform Committees joint investigation in Washington, DC, on Friday.Credit:Bloomberg

Comey was asked, for example, why he'd compared Trump to a mafia boss in his book "A Higher Loyalty". He responded that Trump's leadership style is "all about me, what you can do for me, it's all about your loyalty to me. It's not about any higher values or institutional values. It's about how are you feeding me, the boss; how are you taking care of me, the boss."

The former FBI chief also rejected suggestions that the FBI's Russia investigation was prompted by allegations in the so-called "Steele Dossier", an opposition-research paper paid for by Democrats.

"It was not," said Comey. Rather, he said, the basis for starting the probe was the information about a conversation that a Trump campaign foreign policy adviser – known to be George Papadopolous -"had with an individual in London about stolen emails that the Russians had that would be harmful to Hillary Clinton". That individual was Alexander Downer, then Australia’s High Commissioner in the UK and a former foreign minister.

In fact, Comey testified he was first briefed in July 2016 that the FBI had opened a counter-intelligence investigation of "four Americans to see if there was any connection between those four Americans and the Russian interference effort".

"And those four Americans did not include the candidate," said Comey. When pressed by Gowdy on who each of those four people were, Comey – backed up by a government lawyer in the room – said he didn't believe the FBI had made that public, and he declined to name them. 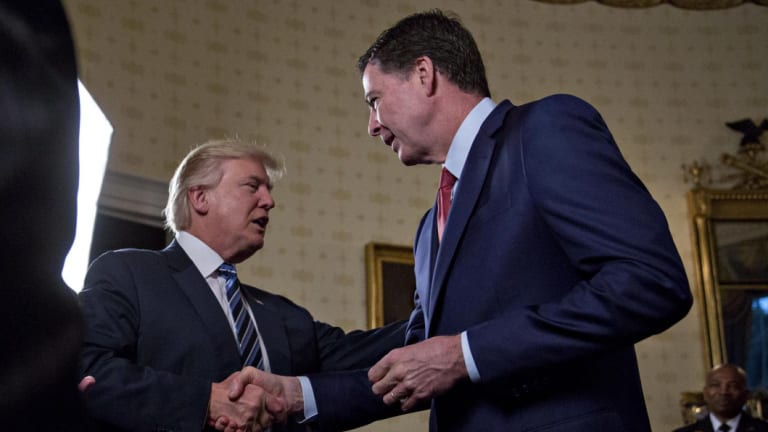 Former President Barack Obama never ordered him to have the FBI spy on on infiltrate the Trump campaign, he said.

Comey added, in regard to the probe into Clinton's email practices, that "anybody that thinks we were on Team Clinton, trying to cut her a break, is smoking something". Representative John Ratcliffe, a Texas Republican, objected to the comment as "non-responsive".

Comey also declined to offer an opinion on whether his own firing by Trump was justified or obstruction of justice.

Before it was even released, the transcript sparked disagreement on whether new light was cast on the enforcement agency and Department of Justice investigative actions.

Republicans have been examining whether the Federal Bureau of Investigation and DOJ investigative priorities were tainted by political bias against Trump during the 2016 presidential campaign. Comey, fired by Trump in 2017, returns for more questioning December 17.

After leaving the interview on Friday, Comey said no new ground was paved, and added on on Twitter that the call for his appearance "wasn't a search for truth".

Top Judiciary Committee Democrat Jerrold Nadler of New York said on Friday – in a joint statement with Representative Elijah Cummings of Maryland, the top Democrat on the oversight panel – that Comey's testimony "offered us nothing new from his previous testimony on these same matters".

Republican efforts to get answers from Comey on some lingering questions were often rebuffed by his claims of not recalling, remembering or ever knowing the answers.

Representative Jim Jordan, an Ohio Republican who's to become the Oversight Committee's ranking Republican in January, complained about Comey's responses – including 166 instances of "I don't know" – in a tweet.