The multimillionaire ex-bodyguard of Michael Jackson who pledged to end his free spending ways this Christmas has been forced to splash out again after his wife gave birth on Christmas Eve.

Matt Fiddes originally made his millions with a string of martial arts schools and would spend around £20k on Christmas gifts for his five children.

The 39-year-old and his family had recently swapped lives with a family who live on a council estate for a television show, where Mr Fiddes became a changed man after observing how the other half live. 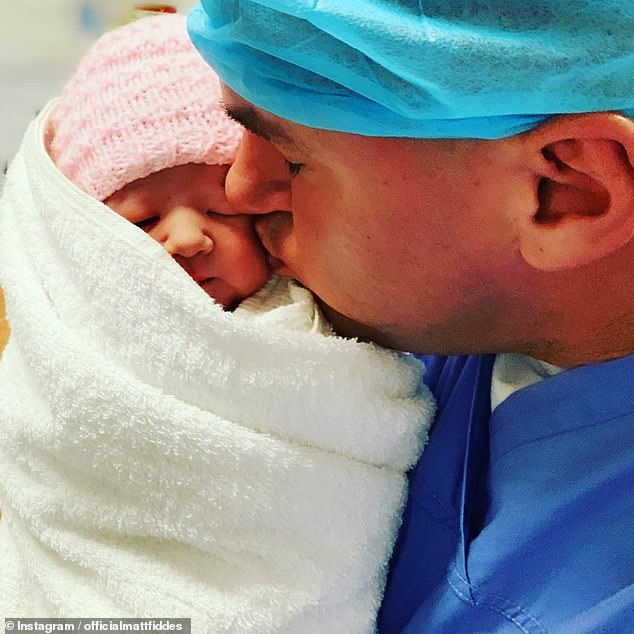 Baby Mayella (left) was born shortly before 5pm on Christmas Eve. Matt Fiddes (right) said she was the ‘best Xmas present ever’

Following the show, Mr Fiddes vowed to spend just £50 on each child and opted for a quiet Christmas – but his plans went out the window when his wife, Moniqe, 25, went into labour.

Baby Mayella was born weighing an impressive 8lb8oz shortly before 5pm on Christmas Eve in Wiltshire.

Mr Fiddes said: ‘I’ve already posted it on my Instagram that she was going to be a future black belt.’ 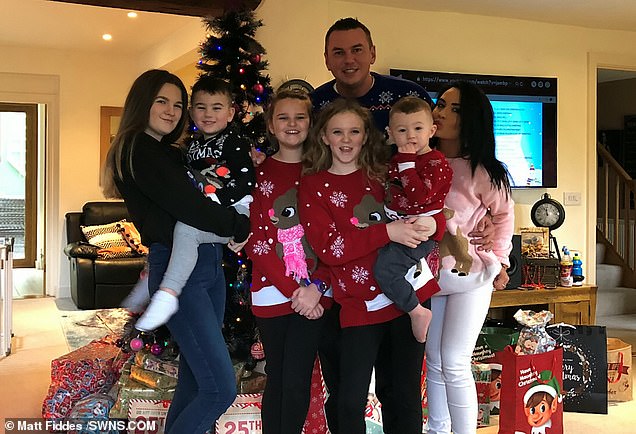 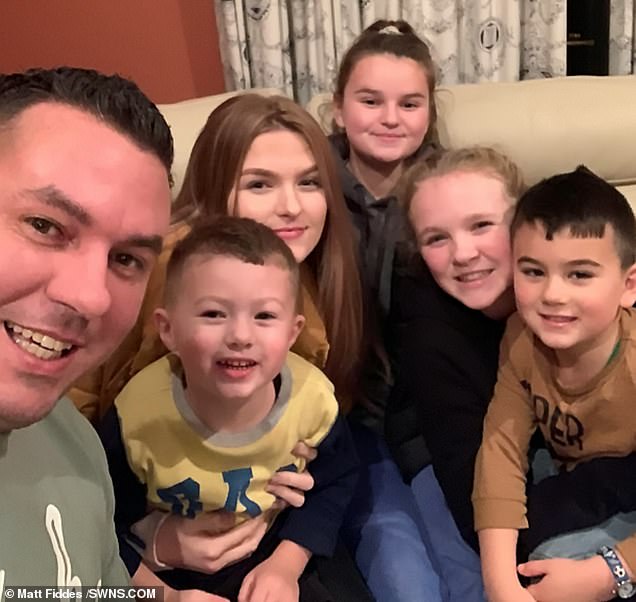 ‘Meet our new baby daughter born this afternoon! Mayella Moniqe Petra Fiddes. Mayella is in dedication to my beloved late mother Majella who passed away to breast cancer in 2012. The name Mayella both myself and Moniqe believe will give our daughter her own identity and it’s the real way to pronounce my late mother’s name. We were both born in May as well so it has a significant meaning for us.

‘My beautiful wife @moniqefiddes and baby Mayella are both safe and well! What a Xmas! Merry Xmas everyone! She is stunning like her mother! Thanks for all your support and kind messages!’ 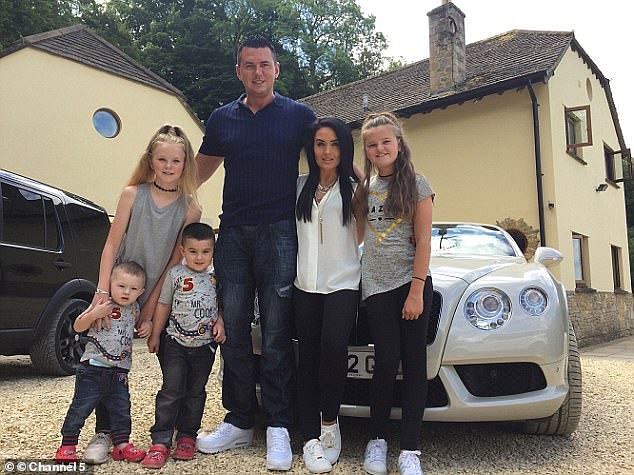 The Fiddes live in a lavish six- bedroom home in the Wiltshire countryside and the gravel drive houses not just a Bentley, but a top-of-the-range Land Rover and Moniqe’s Range Rover

The couple already have two sons, while Mr Fiddes has three daughters from a previous relationship.

Mr Fiddes said her older son, five, was already besotted with his new sister: ‘They’ve not met yet, but we spoke on Facetime.

‘He’s promised his grandparents she can play with all his toys.’ 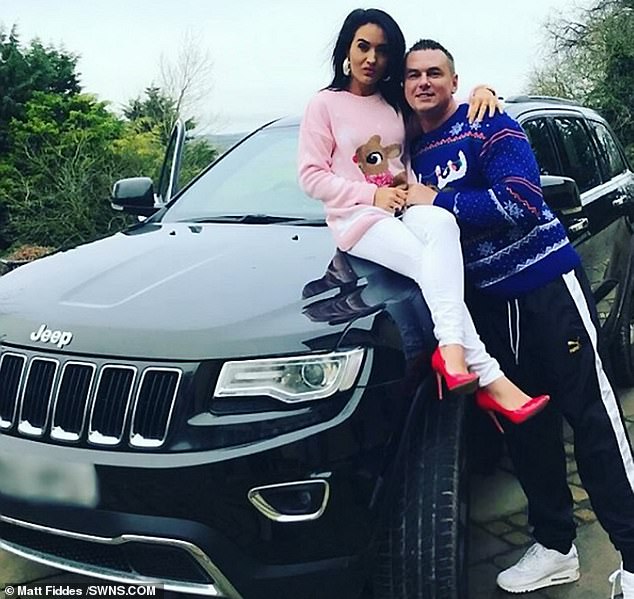 Mr Fiddes is a self-made millionaire but changed his outlook on life after starring in the Channel 5 show Rich House Poor House last year.

The Fiddes ended up swapping lives with the Leamons, who live on a council estate in Southampton – worlds apart from their mansion.

Mr Fiddes decided to take part in the show to see how the other half lived.

Being on the show left a lasting impression, and this year the Fiddes planned to buy their Christmas dinner from Iceland for less than £40.

And the newly-frugal pair set a budget of between £50 and £100 per child for presents, with stocking fillers from Primark, Asda and Poundland. 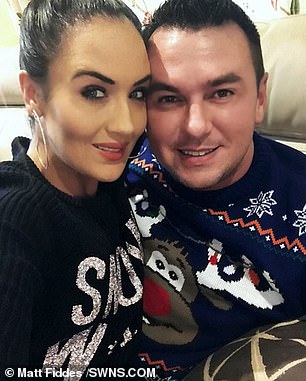 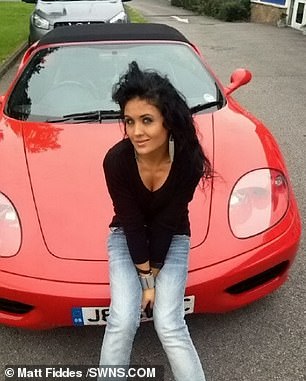 Mr Fiddes’ wife Moniqe (pictured left and right), 25, had pledged to buy the Christmas dinner from Iceland for less than £40 instead of M&S or Waitrose

Mr Fiddes said: ‘We make a point of not spoiling the children now. It doesn’t matter if we can afford to.

‘The kids weren’t bought up very normally at first.

‘I used to spend thousands without even thinking about it, but it wasn’t what is important in life. 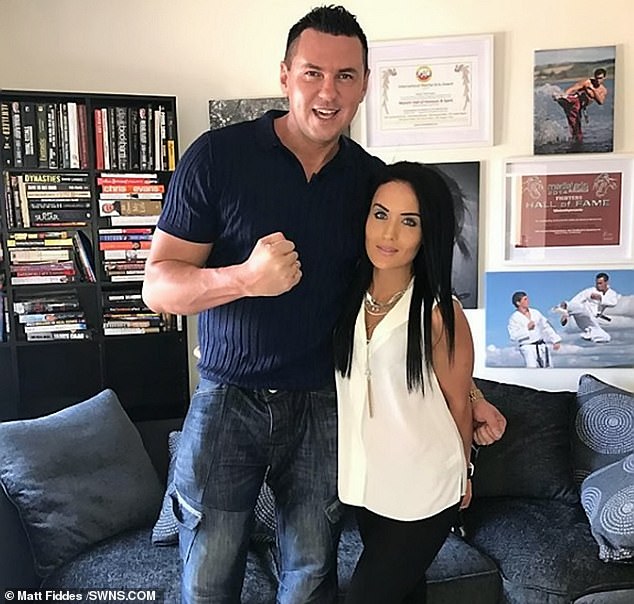 Moniqe, who grew up in South Africa and was not used to living a life of luxury, has also inspired his new outlook

‘I didn’t grow up particularly privileged myself, but becoming successful at 21 introduced me to a whole different world and my spending went crazy.

‘I used to try and compensate for working all the time by showering my children with gifts – one Christmas got far too excessive and I spent £20,000.

‘But I realised it isn’t how I want my kids to grow up – I don’t want them becoming obsessed with materialism and money.’ 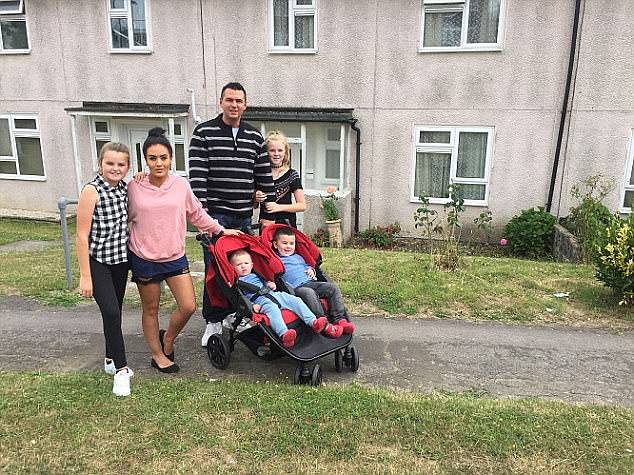 The Fiddes (pictured) swapped lives with the Leamons, who live on a council estate (pictured) in Southampton