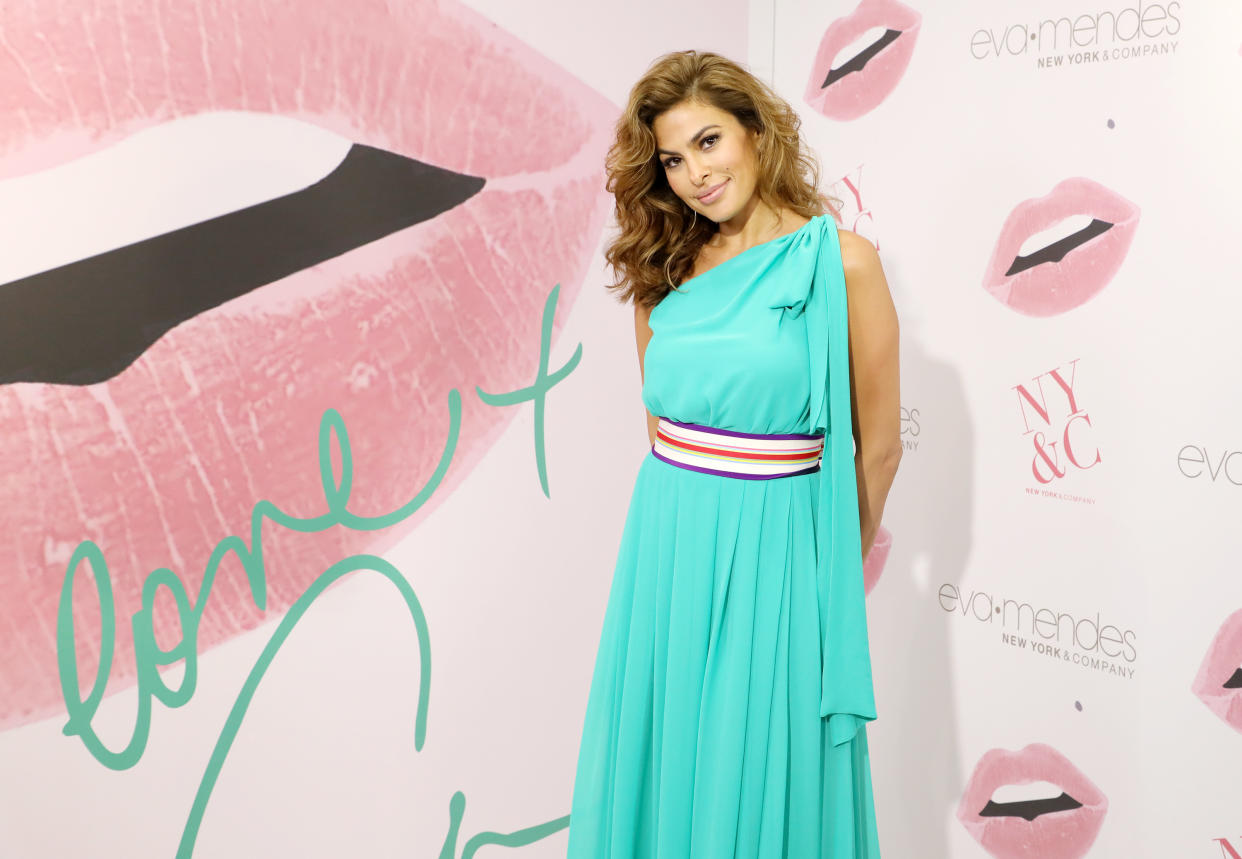 Eva Mendes referred to Ryan Gosling, her partner of 11 years, as her husband in a new interview.

During an appearance on Channel Nine's Today in Australia on Friday to discuss her charity work, Mendes referred to Gosling, 42, with whom she has two daughters, Esmeralda, 8, and Amada, 6.

"Everyone is so welcoming here and my husband Ryan is here, and we are having the best time," Mendes, 48, told the hosts, according to the Daily Mail.

While the duo has never officially confirmed that they are married, Mendes has hinted at the idea in recent social media posts. Earlier this week, the star of The Other Guys posted a photo of herself holding up her wrist, in which she revealed a tattoo that reads "de gosling."

In a new interview on Australia's Kyle and Jackie O Show, Mendes shared that she got the tattoo "years ago," but has received "a lot of funny questions" since posting her Instagram photo.

But the Hitch star sidestepped the opportunity to clarify her marital status once and for all.

"Is it your husband? Are you two even married? What's the story there?" one host asked Mendes, while the other noted, "There's a secret you two may have tied the knot."

"But who says we weren't already," Mendes responded. "I like to keep it all mysterious. I'm a very mysterious woman."

She went on to share how she and Gosling, who met on the set of The Place Beyond the Pines in 2011, manage to navigate stardom with two children.

"We're fortunate enough to home-school, so right now they're taking in Sydney. I've traveled Australia before, so it's one of my favorite places in the world. There's everything here," she said.

Mendes has previously spoken about her decision to become a mother in her 40s. In an appearance on NBC's Today Show back in May, she explained what made her decide it was time, saying she previously “wanted to wait a bit” until she was “older.”

"I met Ryan Gosling, I fell in love with Ryan Gosling, and then I was like 'Oh right. I want your babies,’” Mendes explained, Yahoo Life previously reported. “I just didn't feel — really it wasn't until I met Ryan and fell in love. But also as a woman, I just wasn't ready. It's such a personal choice for a woman, obviously. Then you run the risk of … you're always running a risk. When I was pregnant there was always something to worry about. But thankfully I had really healthy pregnancies and I was happy I waited.”